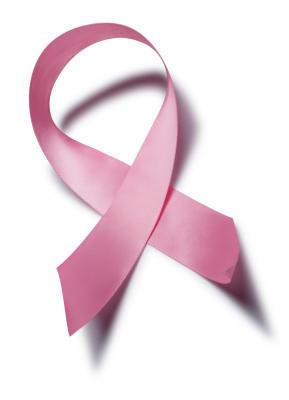 March 23, 2018 — The average size of breast cancers at diagnosis decreased dramatically in the 1980s and 1990s following the introduction of screening, according to research presented at the 11th European Breast Cancer Conference, March 21-23 in Barcelona, Spain.

However, the new research also reveals a slight increase in the average size of breast tumors since 2001, perhaps as a result of a decrease in the number of women going for screening in the same period.

The researchers say it is not yet clear whether the recent increase in average tumor size will lead to more deaths from breast cancer in the coming years. But they point out that, in general, women with smaller tumors at diagnosis have a better chance of surviving the disease.

Jenkins said: "In general terms, small breast cancers have a better prognosis than larger ones. Screening aims to detect breast cancers before they are large enough for a woman to feel them. If that's the case then the number of large cancers among women who are offered screening should fall and mortality should also decline."

The study involved 386,454 women in the United States who were diagnosed with breast cancer between 1983 and 2014. Researchers categorized the women according to when they were diagnosed and their age at diagnosis. For each group they calculated the average tumor size, allowing them to see how this has changed in different age groups over the decades since screening was introduced.

The results show that average tumor size has decreased by 23 percent over the 32-year period, from 26mm to 20mm, but the trend was not consistent over the years and varied according to the women's ages.

When breast screening was introduced in the early 1980s the average size of breast cancers fell sharply. In women aged between 70 and 74, there was a decline in the average size of tumors of 27 percent but in women aged 85 and older, the decline was only 10 percent. Average tumor size in these older women, who are less likely to be screened, remains the highest.

Jenkins said: "Rates of breast cancer survival have been improving steadily thanks both to the introduction of screening and to improvements in treatments. What we don't know is which has played the biggest role in improving survival.

"This study suggests that by reducing tumor size, screening provides a platform from which breast cancer treatments might work more effectively.

The researchers hope to continue to study this group, comparing the stage of the women's tumors as well as looking in more detail at the elderly population.

Prof. Robert Mansel is chair of the 11th European Breast Cancer Conference and Emeritus Professor of Surgery at Cardiff University School of Medicine, U.K., and was not involved with the research. He said: "This study suggests there has been an overall decline in the average size of breast tumors since screening was introduced and we know that smaller tumors do lead to better prognosis.

"The research also shows that the decline has been less pronounced in older women and that, more recently, there has been a slight increase in average tumor size overall. Both of these are of concern, and we will need to continue to monitor breast screening programs and their impact on survival in women of all ages."