Accelerated treatment now recommended for most patients, including younger patients, those with more advanced disease and those receiving chemotherapy 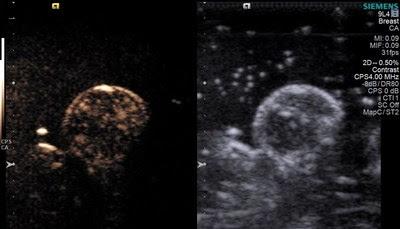 March 12, 2018 — The American Society for Radiation Oncology (ASTRO) today issued a new clinical guideline for the use of whole breast radiation therapy for breast cancer that expands the population of patients recommended to receive accelerated treatment, known as hypofractionated therapy.

Breast cancer is the most common malignancy treated with radiation therapy in the United States, and whole breast irradiation (WBI) is the most frequently used type of radiation delivered for these tumors. With hypofractionated WBI, patients receive larger doses of radiation across fewer treatment sessions — typically completing treatment in three to four weeks, compared with five to seven weeks for conventional treatment.

Reflecting current evidence from clinical trials and large cohort studies, the new guideline recommends hypofractionated WBI for breast cancer patients regardless of age, tumor stage and whether they have received chemotherapy. It replaces the existing ASTRO WBI guideline published in 2011.

"Previously, accelerated treatment was recommended only for certain patients, including older patients and those with less advanced disease, but recent long-term results from several large trials strongly support the safety and efficacy of accelerated treatment for most breast cancer patients," said Benjamin Smith, M.D., co-chair of the guideline task force and an associate professor of radiation oncology at the University of Texas MD Anderson Cancer Center in Houston. "Conventional therapy does not provide an incremental benefit in either tumor control or side effects compared to hypofractionated WBI."

Despite the data supporting accelerated treatment, large numbers of eligible breast cancer patients are not receiving shorter courses of radiation therapy. A 2013 Journal of the American Medical Association (JAMA) study found an adoption rate of approximately 30 percent, and a 2017 analysis for Kaiser Health News indicated that fewer than half of patients over age 50 with early-stage disease receive the accelerated treatment.

"Hypofractionated radiation therapy offers patients a more convenient and lower cost option for their treatment without compromising the likelihood that their cancer will return or increasing their risk of side effects," said Reshma Jagsi, M.D., D.Phil., co-chair of the task force and a professor of radiation oncology at the University of Michigan in Ann Arbor. "A shorter course of radiation equates to more time with family, less time away from work and lower treatment costs. We hope that this guideline encourages providers to counsel their patients on options including hypofractionation."

The guideline provides clinical guidance for dosing, planning and delivering WBI with or without an additional "boost" of radiation therapy to the tumor bed. Full recommendations and supporting evidence are provided in the guideline; key recommendations are as follows:

Delivery and Dosing of WBI (without irradiation of regional nodes)

For patients with DCIS, hypofractionated WBI may be used as an alternative to conventional fractionation.

The guideline was based on a systematic literature review of studies published from January 2009 through January 2016. A total of 528 abstracts were retrieved from PubMed, and the 100 articles that met inclusion criteria were evaluated by a 15-member task force of radiation oncologists who specialize in breast cancer, a medical physicist and a patient representative. The guideline was approved by ASTRO's Board of Directors following a period of public comment. The guideline has been endorsed by the Royal Australian and New Zealand College of Radiologists (RANZCR) and the Society of Surgical Oncology (SSO).