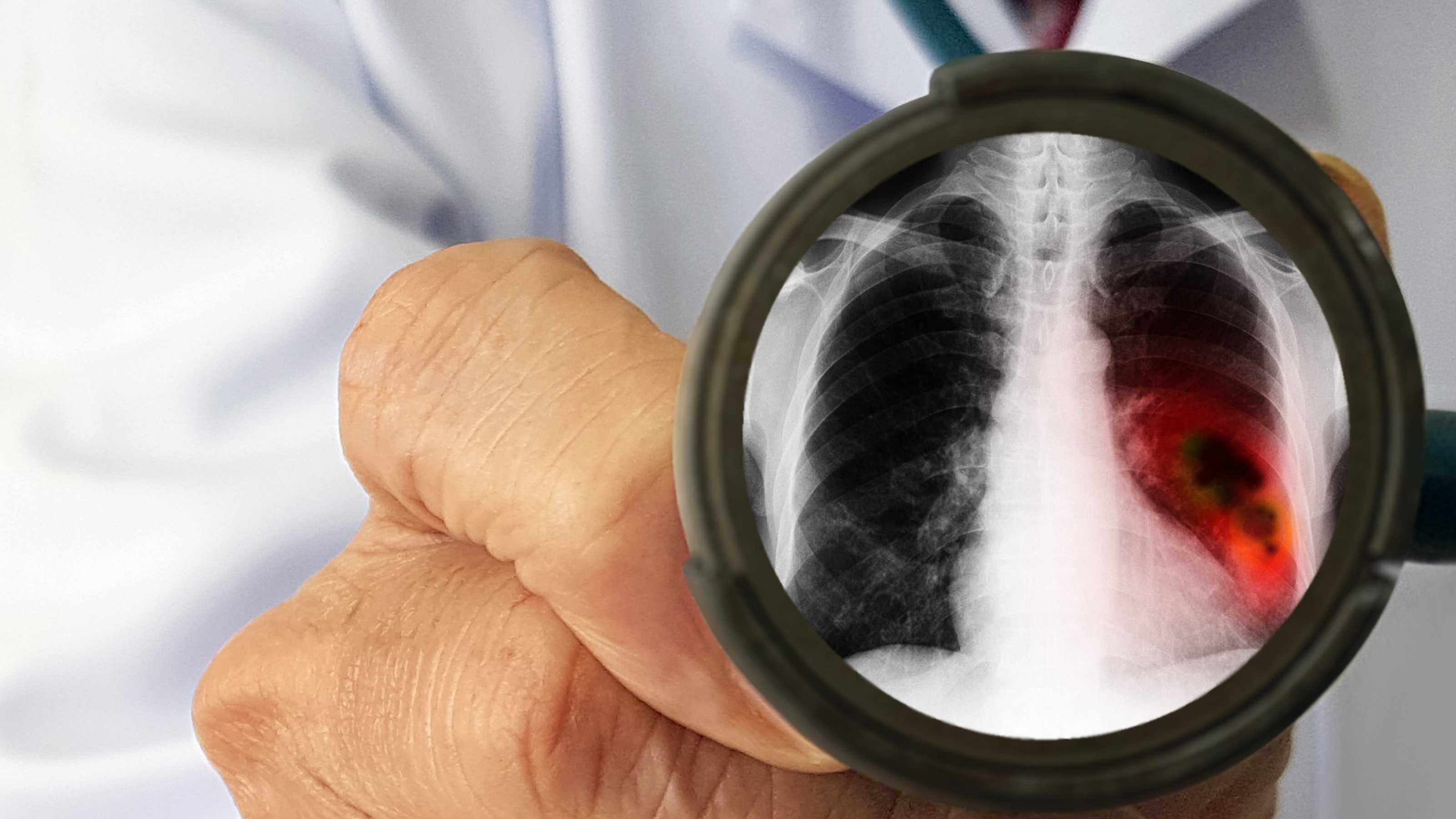 In this third in the three-part Special Report, the ITN editorial team offers the most current information on reported findings, updated appropriateness criteria, and national organization news and initiatives, as it continues to monitor this important issue.

ALA Report Reinforces Value of Screening

Generating strong national media coverage when released was the highly anticipated American Lung Association (ALA) “State of Lung Cancer 2022” Report. ITN published this overview of key findings as reported by ALA on Nov. 15, American Lung Association Reinforces Life-saving Potential of Screening in 2022 “State of Lung Cancer” Report, which highlighted how the toll of lung cancer varies by state. ALA’s report examined key indicators throughout the U.S. including new cases, survival, early diagnosis, surgical treatment, lack of treatment and screening rates.

The comprehensive, action-focused 2022 State of Lung Cancer Report showed that only 5.8% of eligible Americans have been screened for lung cancer. Some states, such as California and Nevada, had screening rates as low as 1% and 1.3%, respectively, while the best state in the country for lung cancer screening was Massachusetts at 16.3% (see ALA Map). 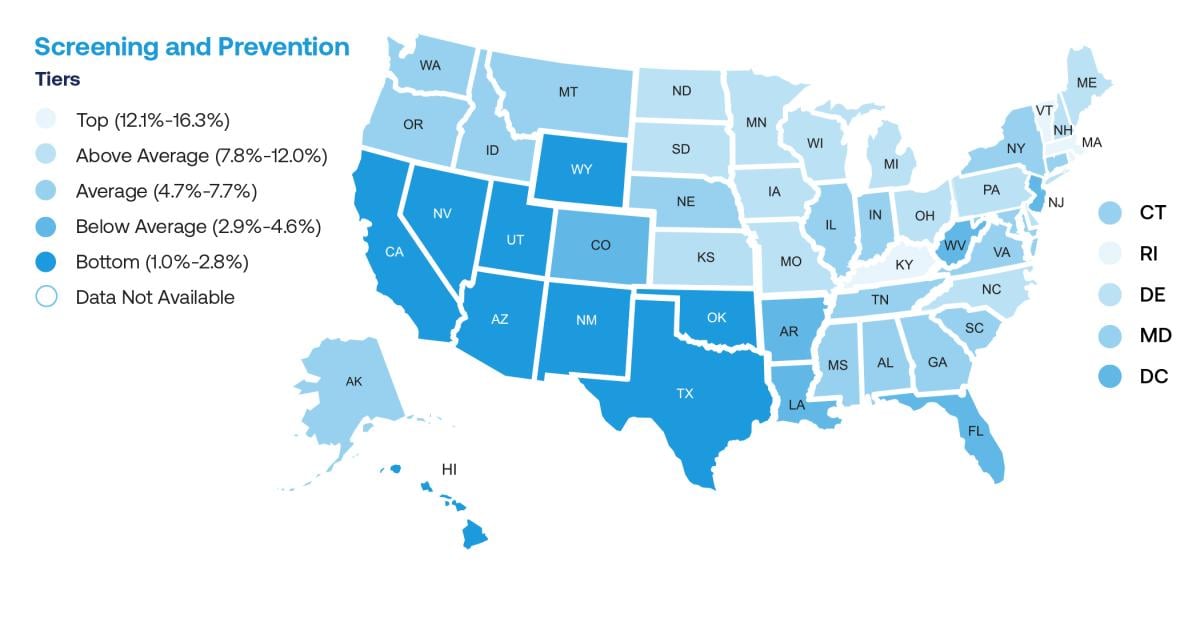 An ITN article published on Oct. 21 summarized a cohort study on the issue of screening.

“Most Persons Screened for Lung Cancer Meet USPSTF Criteria, But Adherence to Follow-Up Screening Low” noted that a cohort study of more than one million people has found that most persons screened for lung cancer meet U.S. Preventative Services Task Force (USPSTF) criteria, but men, persons who formerly smoked, and younger eligible patients are less likely to be screened. Adherence to follow-up screening was also poor. The findings are published in Annals of Internal Medicine.

In 2013, the USPSTF recommended annual lung cancer screening (LCS) using low-dose computed tomography (LDCT) for the first time in adults aged 55 to 80 years who had a smoking history of at least 30 pack-years and currently smoked or quit within the past 15 years. The initial criteria for eligibility included approximately eight million Americans. In 2021, the Task Force expanded eligibility for screening, nearly doubling the size of the eligible population.

Researchers from the Hollings Cancer Center at the Medical University of South Carolina and members of the American Cancer Society’s Roundtable on Lung Cancer studied the first million people to receive LCS and be entered into the Lung Cancer Screening Registry (LCSR).

The authors analyzed LCS data collected between 2015 and 2019 from 3,625 facilities reporting to the LCSR. They found that 90.8% of people screened met the 2013 USPSTF criteria. Compared with the eligible U.S. population, screened persons were older, more likely to be female, and more likely to currently smoke. The data also showed that adherence to annual follow-up screening is low, which may reduce cost-effectiveness and diminish mortality benefits. As such, providers should emphasize with patients that screening in those eligible should be performed yearly.

An accompanying editorial from the Institute of Health System Science, Feinstein Institutes for Medical Research, Northwell Health, New York, New York, highlights some of the sobering findings from the study and suggests ways for clinicians to improve national lung cancer screening rates and reduce deaths. The author recommends that physicians take complete smoking histories from patients, not refer patients to screenings when they are not likely to benefit, and work with their healthcare systems to ensure higher adherence to screening follow-ups. The author also touches on the importance of focusing screening messaging efforts on eligible patients from historically underserved populations.

The American College of Radiology (ACR) Appropriateness Criteria (AC) was recently updated. Lung Cancer screening was one of 24 revised topics, according to an update published on Oct. 3, 2022. The ACR noted that the AC are evidence-based guidelines to assist referring physicians and other providers in making the most appropriate imaging or treatment decision for a specific clinical condition. Employing these guidelines helps providers enhance quality of care and contribute to the most efficacious use of radiology. An excerpt of the ACR statement included in the AC update follows:

As noted throughout ITN’s Special Report, the collective collaboration of national advocates has proven critical to building and sustaining momentum. This is evident with the American Lung Association’s new Report and comprehensive “Saved by the Scan” program, and the National Lung Cancer Round Table (NLCRT), established by the American Cancer Society, which presently includes 199 organizational members.

Ella Kazerooni, MD, serves as Chair of the NLCRT, and is a Professor of Radiology and Internal Medicine, Associate Chair for Clinical Affairs, and Director of the Cardiothoracic Radiology Department at the University of Michigan. She is also the Vice Chair of the National Comprehensive Cancer Network (NCCN) Lung Screening Panel, and Chair of both the ACR Committee on Lung Cancer Screening and its Lung Cancer Registry.

Debra Dyer, MD, is Professor of Diagnostic Radiology, Chair of the Department of Radiology at National Jewish Health, and Director of its Lung Cancer Screening Program. She was instrumental in the creation of their lung nodule registry, the first of its kind in the United States. Immediate Past Chair of ACR’s Lung Screening Steering Committee, Dyer is current co-chair of the Lung Cancer Task Force, and Vice Chair of the NLCRT Task Force on Early Detection Implementation Strategies.

The pair summarized highlights from the previous webinars, including availability of a vast range of resources ACR and NLCRT provide, including a Lung Atlas which allows users to look at areas to ID under-served populations without access to lung cancer screenings. The panelists also noted anticipated release of new guidance from LUNGRADS2022 with a focus on data-centered screening guidelines.

Dyer detailed the success of the inaugural Lung Cancer Screening Day, which was held on Nov. 12, and included more than 300 participating facilities. The nationwide event, organized by the American College of Radiology, American Cancer Society, National Lung Cancer Roundtable, Go2 Foundation and the Radiology Health Equity Coalition (RHEC), was intended to increase accessibility to screenings by opening doors to individuals without having to take a day off work. Deemed a success, planners are already focused on promoting the event in 2023.

Kazerooni offered these comments on the importance of accelerating lung cancer screening: “Our collective shared goal is to accelerate lung cancer screening and to save lives from lung cancer. The programs have focused on core, tangible topics to learn from and operationalize to increase number of persons being screened. We know we have a long way to go, but we also know there is early evidence that shows that we do see a stayed shift already in which screening has been implemented. We can do so much more if we increase the number of people getting screened, coming back for adherence to their annual screening on a regular basis...we know we can push that stay shift, increase survivability of lung cancer, and fundamentally save lives of people in our communities from lung cancer as a leading cause of cancer death.”

She further noted the importance of utilizing ACR’s vast resources to begin and expand screening programs. Kazerooni stressed the value of being able to speak the financial language to CEOs and financial administrators of hospitals and practices. This helps make the case that not only is it important from a patient care perspective, but that these informed communications can provide an ROI to the institution that makes it meaningful to support and invest in what is needed to bring this important work to patient populations.

In an ITN video interview on industry collaboration, Sandler expressed her enthusiasm in being part of the coalition, noting, “Every time we gather, it is a meeting of lung cancer screening champions.”

VIDEO: Discussion on What's New and What's Next in Lung Screening with Kim Sandler, MD

VIDEO: How to Image COVID-19 and Radiological Presentations of the Virus — Interview with Margarita Revzin, M.D.