June 12, 2009 - With the Chalk River* nuclear reactor in Laurentian Hills, Ontario, Canada, shutdown, a reactor that supplies one-third** of the nuclear isotopes to the world, it was very timely when Canadian Prime Minister Stephen Harper welcomed the SNM annual meeting to Toronto, Canada, emphasizing the importance of molecular imaging to the future practice of medicine.

While the reactor is down for an undetermined amount of time, patients in North America requiring nuclear medicine procedures for diagnosing cancer, and neurological and cardiovascular diseases will face serious delays in medical treatment. As such, the medical isotope crisis places unprecedented importance on the SNM Annual Meeting, which called a press conference to address the issue: “Current Developments in the Medical Isotope Crisis and Molecular Imaging Research Breakthroughs,” on Monday, June 15, 11:30 a.m. to 12:45 p.m., in room 810 of the convention center.

Imaging Technology News will be providing all of the breaking news from the 2009 SNM Annual Meeting on ITNonline.net.

* The Chalk River nuclear reactor in Laurentian Hills, Ontario, Canada, is managed by the Atomic Energy of Canada Limited (AECL), a Canadian federal Crown corporation, that is a nuclear technology and engineering company that designed and developed the CANDU nuclear power reactor.
** According to medical doctor Jean-Luc Urbain, president of the Canadian Association of Nuclear Medicine, the Chalk River reactor supplies about 60 percent of the medical isotopes in the world, and the countries that will be most affected by the shortage are Canada and the U.S. 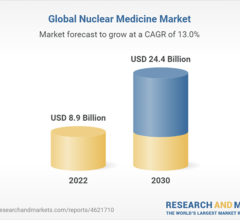