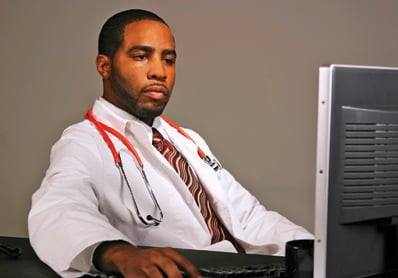 CAD software has proven to be helpful in the detection of calcification in mammography, but there is room for improvement.

The benefits of computer-aided detection (CAD) for mammography images can be a polarizing topic for many radiologists. The technology has proven to be beneficial in detecting breast calcifications, and today’s CAD software has nearly perfect accuracy in detecting these calcifications. The software has also been noted to help inexperienced radiologists with detecting suspicious areas of breast tissue that may require special attention. However, CAD has not yet proven to be as accurate in its detection of tumors, and for radiologists with a more experienced eye, the software has not made itself as useful. CAD developers are making specific changes to the software that allows for increased visual clarity, context and medical history to make this technology more effective for radiologists across the board.

One the most frequent problems that radiologists run into when using CAD software is difficulty in assessing areas of interest due to CAD marks that obscure lesions. Today, most CAD software puts a circle over the area of suspicion. The size of this circle is usually standard, not changing from one detection to another. Depending on the size of the mass or calcification in question, the CAD mark obstructs the very area that the radiologist needs to analyze. To allow for easier, more efficient readings for both inexperienced and experienced radiologists, CAD developers are upgrading the visual aspect of CAD marks.

One way that CAD is visually improving is by having marks that correlate with the prominence of the calcifications or mass. Instead of solely marking the area in question, providing an outline of the area gives radiologists a clearer view, plus provides them with vital information including the size and shape of the lesion, all necessary to make an accurate diagnosis. CAD developers have already started to move in this direction; the VuComp SmartMarks technology leaves enough space between the mark and the lesion to not obstruct the radiologist’s view, and it indicates lesion shape and size.

Currently, the standard use for CAD is as a second reader — another pair of eyes to assess mammography images and flag suspicious areas that radiologists may have missed. CAD developers are looking to make the technology move toward a more prominent, first-reader status — at least for calcifications. In order to accomplish this, one step that developers are taking is to include more patient context in the software. More contextual information — including prior mammograms and diagnoses, personal patient and family medical history, and BI-RADS (the breast density risk index) — are all vital pieces of information that a radiologist would use to decide whether or not to proceed with a biopsy or declare a certain area normal/healthy. In order to be more accurate in detection, and allow radiologists to be more secure with the detection, CAD software of the future will have to allow for integration of this medical history. Having CAD take these factors into account will ensure that the software makes detections based on well-rounded information and has more of a level playing field with radiologists to offer a first read.

Another way that CAD software developers can improve standalone performance is by including a database of images that radiologists and CAD can refer to. Now, detection is based on thousands of images and algorithms that were fed to the software when it was being programmed. However these images are not readily available to CAD or radiologists for proof and comparison. Comparison images of healthy dense and fatty breast tissue, along with images of malignant tumors, would provide a more detailed detection and help radiologists cross-reference their images and make a more informed diagnosis.

As CAD developers look to increase standalone performance and solidify its place within women’s healthcare, the natural progression is toward the era of computer-aided diagnosis. Today, CAD only alerts radiologists of areas that may be questionable, but offers no additional report information. This combination often results in false positives and negatives. False positives occur when CAD alerts the radiologist of an area of concern, but the area turns out to be normal breast tissue. On the contrary, false negatives occur when the CAD does not detect a lesion, or the radiologist declares a CAD-detected lesion as normal, healthy breast tissue. False positives are often seen in women with dense breast tissue, because the density of the tissue makes reading and interpreting mammograms more difficult. False negatives sometimes occur when CAD software reports too many detections on an image. This often causes radiologists to dismiss all or many of the marks. False positives result in unnecessary biopsies, which increase healthcare costs for patients and also cause unnecessary stress. False negatives often result in late detection, which can be the difference between life and death.

To help radiologists in the future and limit the number of false positives and negatives reported, there are many CAD programs that are beginning to go through the U.S. Food and Drug Administration (FDA) to provide information about exactly what it found and/or why it marked the area of concern. Whether the report states that the area is a mass or calcification, or it reports the density of breast tissue, this information will help radiologists make a better decision on whether to proceed with a biopsy or to dismiss the concern. CAD developers like VuComp and iCad are already making strides in this area. VuComp’s FDA-approved CAD software uses dotted lines to report detection of a possible mass, and to report detection of a calcification. iCad’s FDA-pending CAD software also provides details on what CAD is detecting, including the
location of the microcalcification, more individual detail on every mark that the CAD reports, and breast density.

Another way that developers are trying to decrease false positives and negatives is by changing the algorithms that CAD uses to detect masses. Many CAD systems have been programmed to use a mathematical algorithm to make an automatic
detection of lesions on the mammogram. A new option now exists that allows CAD developers to employ algorithms that use a more learned approach and mirror human understanding. Software that utilize these algorithms show an increase in CAD sensitivity during detection to decrease false negatives, and automatically reduce the number of false positives reported.

CAD software has proven to be helpful in the detection of calcifications in mammography, however there is room for improvement in the majority of other areas. The primary goal of this software is to alert radiologists about suspicious areas of interest and aid them in making decisions on how to proceed. With the onset of Stage 2 meaningful use, the software that radiologists use will have to make them more efficient both in the use of their time and in healthcare costs. One of the biggest areas that will need to be upgraded is the ability to help radiologists efficiently read dense breast mammography — as a large population of women are reported to have dense breasts — and the ability to accurately detect masses. CAD software will also have to drastically decrease the number of false positives and negatives reported, which result in unneeded breast biopsies and medical costs. As CAD developers address these issues, breast CAD will certainly become a technology that will greatly aid radiologists and be beneficial to women’s healthcare.  itn