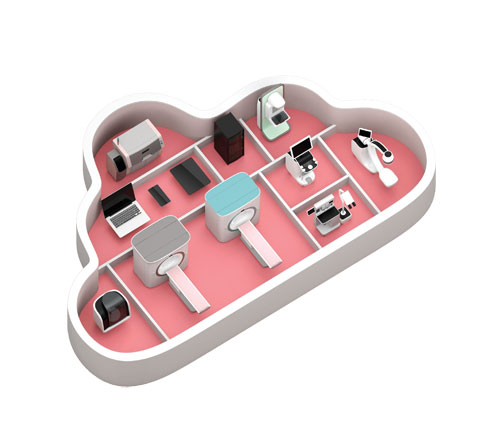 A person’s healthcare records contain a wealth of sensitive information. This doesn’t involve just their medical history, but it also contains a fairly comprehensive range of facts about them as an individual. Healthcare records will likely have an address, they may have information about relatives, they could have a social security number and other identifiers, and they are going to contain financial information.

With all of this information being in one record, it has turned digital health records into a commodity on the black market and data thieves have started to target health records. In 2015, the healthcare industry saw one of its worst years for data breaches. These breaches have led many to feel concerned about matters relating to healthcare security.

When it comes to the number of people affected, 2015 was a terrible year for the security of healthcare data. More than 100 million people had their data compromised, and the year saw the industry’s biggest security failure with the data breach of Anthem Blue Cross Blue Shield.

The increased risk of data breaches in healthcare has much to do with the value of the material. Before, financial institutions were some of the most popular targets for data theft. However, the value of the pilfered data would have a short expiration date. Something like a credit card number is only going to have value as long as it takes the owner to realize that they have been compromised. The information in a healthcare record has better diversity when it comes to fraud and it has a much longer shelf life for criminal activity.

While these massive data breaches and the frequency with which they occur may be new, the loss or theft of healthcare records is not. The industry has always been at risk of data loss through the acts of insiders, or through people using deceptive practices to gain access to records.

Is the Cloud to Blame?

One thing that has coincided with this increase in healthcare data breaches is the use of cloud technology in the industry. This has created a perception among many that the two things are linked and that the migration to the cloud has resulted in compromised security.

With the cloud being new to the industry, it does come with some of its own security concerns. To some degree, the cloud requires an organization to cede some of their control over security to the service provider, and they have to be able to trust that this service provider will employ adequate security for the system. For this reason, examining the service provider and their security is an important step for any business when they are looking to move to the cloud.

Along with the concerns of a data breach, you also have the issue of what happens in the event of a breach. An organization needs to know that they will receive timely notice when a breach occurs and that the service will be able to assist them with the response to a data breach. One of the biggest areas where consumers show a lack of confidence in cloud computing is in regard to the response to a breach.

As the healthcare industry moves to systems like document management software and other cloud-based services, these are legitimate concerns. However, the fact that the rise of cloud-based services and the increase of data breaches in the industry seem to coincide does not necessarily mean that they are connected. As a matter of fact, there is some data to suggest just the opposite.

In 2015, there were several data breaches within the industry that affected 1 million individuals or more. Of all of these major data breaches, only one of them was related to a cloud-based service. As a matter of fact, many healthcare breaches are related to things like portable media devices and physical records, so it could be argued that some of these attacks may have been averted if the information was secured on a cloud system.

This isn’t to say that the cloud does not have its security issues. The security of a cloud-based service is only as good as the company that is providing it. If you go with a company that has a poor security record or inadequate resources to provide the level of security that you need, then it could expose health records to the threat of a breach.

It does not really matter whether you are a large health provider, a hospital or a small center, your records could possibly be targeted for a breach. That being said, it is wrong to believe that the use of cloud services can increase vulnerability. By effectively managing expectations between the organization and the service provider with regard to security, the cloud can actually be an environment of increased safety for consumer data.

Benoy Tamang is the CEO of Lehi, Utah-based eFileCabinet, Inc. Founded in 2001, eFileCabinet began as a cutting-edge tool to digitally store records in accounting firms. As it grew in popularity, it developed into a full-fledged electronic document management solution designed to help organizations capture, manage and protect their data.