Healthcare imaging has undergone five eras of technology evolution, and we can see how a major component of healthcare services is contributing to this overall evolution 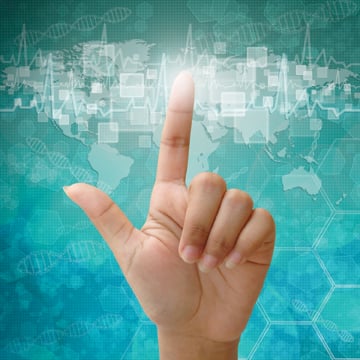 It’s no surprise to state that healthcare technology has been slow to mature. However, much of this perception has come from lack of a greater picture; the proverbial “forest for the trees.” No longer is radiology defined as a siloed infrastructure or walled-off service line catering only to physicians utilizing the platform, but it is now considered the transactional hub of services driving a consumer-based healthcare product. Although reimbursement and organizational strategies have driven much of the recent evolution, consumer awareness and attention to healthcare costs are pushing a demand for greater visibility into the mechanisms of healthcare.

Increased consumer pressure to provide a consolidated view of disparate information sources necessitates aggregating tightly knit information within a unified platform. This level of unification requires highly interoperable systems working harmoniously as we see within other data-driven industries. Social media, the automobile industry, home automation and personal finance all represent excellent examples of industries designing consumer platforms to provide relevant and real-time information directly to the consumer’s application of choice. Industry leaders pursue this product demand, willingly or hesitantly, by uncoupling services for a more flexible approach to providing consumers what they need, where they need it and when they need it. What has changed is the broad availability and greater quantity of technology solutions such as bandwidth, emerging software technologies, devices and adoption across a greater market of consumers. Technical advancements have untethered physical access to information silos and are now pushing the limits of logical distribution and global accessibility.

Thomas L. Friedman identified the paradigm shift in how business is and will be conducted 10 years ago in his 2005 book “The World Is Flat.” An important component of Friedman’s observations is that this flattening represents a globalization of products, services and technologies. To achieve this globalization of services and consumer-based product, it’s important to understand how the healthcare system is progressing within the evolutionary cycle. Proverbially, we need to begin to visualize the “forest for the trees” and theoretically change how we perceive iterative development in healthcare information technology (HIT). Defining five iterative eras abridges the evolution present within many other technical markets:

1. The Invention Era — Technology is applied to a need

3. The Integration Era —Technology becomes a component of workflow

5. The Unification Era — Technology presents an optimized and seamless environment

The challenge with using this model as a holistic approach to healthcare evolution is knowing that many components of the overall healthcare product are at varied stages of need, discovery, use and adoption. Much the same challenge other industries have struggled to overcome, a unified healthcare system must not only account for a consumer base of general population users, but also each user type interacting with a multitude of interconnected systems. The healthcare industry has many years of work ahead to fully achieve and implement a unified product line to meet all consumer demands. However, using healthcare imaging as an example we can see a how a major component of healthcare services is contributing to the overall evolution.

The Invention Era — In the very late 1800s through 1913, experiments led to the birth of nuclear chemistry and resulted in the invention of the hot cathode tube. These developments led to early attempts to visualize cancer.

The Adoption Era — Immediately following the Invention Era and extending up through the 1960s, the birth of the Western Roentgen Society, general use of radiographic films, and further development of the emerging industry’s components, signaled standardized use and the need for imaging technologies.

The Integration Era — Although invention and adoption rapidly continued in many areas, the birth of the picture archive and communication system (PACS) in 1985 crossed a major milestone in the industry. The result of this milestone meant that the radiology industry could now consolidate its data into a single platform for managing workflow. Achieving this integration required a standard for modalities and systems to communicate, thus producing the DICOM standard that same year.

Not only did we experience consolidation and standards development in the imaging space, the demand for system-wide workflow and data integrations became apparent. Workflow and radiology information systems (RIS), telecommunications, integrated voice recognition, and electronic health and medical records (EHR and EMR) are great examples of how HIT began to pull together ancillary services for consolidated workflows. Standards were created, revised and deprecated rapidly while evolution of storage methodologies and advanced transport protocols began establishing a baseline for performance, reliability and standardization. Additionally, software vendors began consolidating ancillary systems into proprietary packaged platforms to gather as much HIT market share as possible. These consolidations lead to closed architecture platforms, exposing the final hurdles of integration, and closing out the era with a deconstruction and stratification of HIT systems.

The Interoperability Era — While the Integration Era continued to experience infusion of new technologies and a race to keep up with demand, healthcare technologies began to struggle with large-scale implementation and proprietary integration. The Interoperability Era represents our current period and one that focuses on system providers deploying capabilities designed for not only one-to-one integration, but one-to-many interoperability. These requirements clearly dictate the rising demand for interoperability-based standards. However, all interconnected systems must adhere to the finalized standard for it to be implemented successfully. This means each system provider must begin accounting for the applicable standards and rapidly develop capabilities to implement them as they are finalized.

Not only are these standards critical for system-to-system exchange, but also for system-to-client exchange. For instance, existing Web standards have recently been adopted as an efficient method for image transport, access and display. Medical image viewing providers are breaking away from proprietary software applications and cumbersome transport protocols and have begun utilizing existing Web-based standards. This combination allows image distribution to function with consumer-based products such as commercial browsers and mobile technologies, resulting in flexible low-overhead applications.

The Unification Era — As we round out the interoperability era in the upcoming years, we can continue to expect larger amounts of systems to operate cohesively. This cohesion will provide a collaborative and unified approach to presenting data in a single interface of the user’s preference, regardless of the origin and format. In fact, we already see some of this taking place with the big data initiatives and aforementioned EMR systems. Unfortunately, the consolidation of contextual data (EMR) and centralized image storage (vendor neutral archives) still requires mutually exclusive interfaces for visualization. These mutually exclusive interfaces must eventually consolidate into a single view to provide a singular consumer access point. This means all data (imaging and contextual) must be considered an image when visualized by the consumer. Inversely, it also implies that all image-type data be considered “data” when utilized for analytics. Over time and during the unification era, consumer demand to visualize both contextual and image data within a single interface will drive providers to rethink how they approach managing data.

The Source of Truth and the Consumer Application

Ultimately, this era of unification will not only account for a consolidation and reconsideration for how we manage data (image, contextual or otherwise), but also visualization and manipulation of this data within a single interface. This dramatically changes what we perceive as the “source of truth” with respect for presenting data. Historically, consumers have utilized applications directly connected to the native source of the data they wish to view. The “source of truth” was almost always the native repository and provided a myopic view of available data. Multiple interfaces were required to view multiple sources of truth, limiting the ability to aggregate and calculate correlation and causality of information. The advent of unification, consolidation and innovation will allow healthcare information technology to assemble multiple “source of truth” sources into a single interface for consumer access. Depending on the consumer’s need, an application may aggregate many different sources of truth to the user, manipulated and visualized in very different ways from application to application. From a user’s perspective, the specific applications will become a virtual or proxy source of truth in which data is handled and presented according to the requirements of the healthcare user.

Dave Whitney is a senior consultant at Ascendian Healthcare Consulting and a frequent contributor on the subject of health information technology.