A Few Circulating Cancer Cells Could Cue Risk of Metastases

Metastasis accounts for an estimated 90 percent of cancer deaths. For decades, researchers tried to develop a way to gauge a cancer’s risk of metastasizing from a blood sample — the long-sought-after liquid biopsy. Today, there are numerous methods available to isolate lone cells. Novel methods recently used to study those cells are radioluminescence microscopy, which combines nuclear medicine, optical imaging and single-cell autoradiography (SCAR), used to localize the micro-distribution of radioactive substances in a single cell in order to image a particular physiological process, such as a receptor expressing genetic information or an enzyme involved in cellular metabolism.

“We are now starting to study the properties of these lone cancer cells, which could be predictive of different disease states, and that understanding could help guide therapy decisions,” said Laura S. Sasportas, a principal researcher and Ph.D. candidate in the Gambhir Lab in the department of bioengineering at Stanford University in Stanford, Calif. “The great potential of looking at circulating tumor cells (CTCs) has been limited mainly by their extreme rarity. For example, in the case of breast cancer, CTCs are estimated to be in the order of a few to a few hundred cells among billions of blood cells in a typical 7.5 milliliter blood sample from a cancer patient. In the past decade, however, CTC research has been booming due to the development of exciting new technologies that can sensitively detect and harvest those very rare cells from patient’s blood.”

For this study, researchers took breast cancer cells isolated from the blood of small animal models and imaged them using radioluminescence microscopy and SCAR along with a common molecular imaging radiotracer called F-18 fluorodeoxyglucose (FDG). The latter mirrors the exchange of energy in the presence of glucose in order to target the few hyper-metabolic cancer cells within these blood samples. Results of the research showed that less than 3 percent of CTCs in the sample indicated increased cellular metabolism compared to the parent cancer cell line. Researchers are not yet sure if this indicates an aggressive cancer cell or not. Further research and validation in clinical trials is needed to strengthen the theory.

“We hypothesize that the unexplored metabolic characterization of CTCs could provide valuable information for disease monitoring,” said Sasportas. “By evaluating the glucose metabolism of CTCs with F-18 FDG, we could better manage the care of cancer patients by improving therapy selection and therefore avoiding unnecessary treatment.” 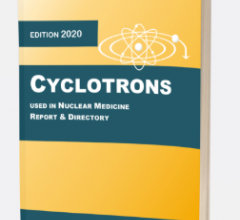