Right-sizing radiation dose is a key concern for pediatric radiologists, and research continues to find the best solutions for keeping kids safe 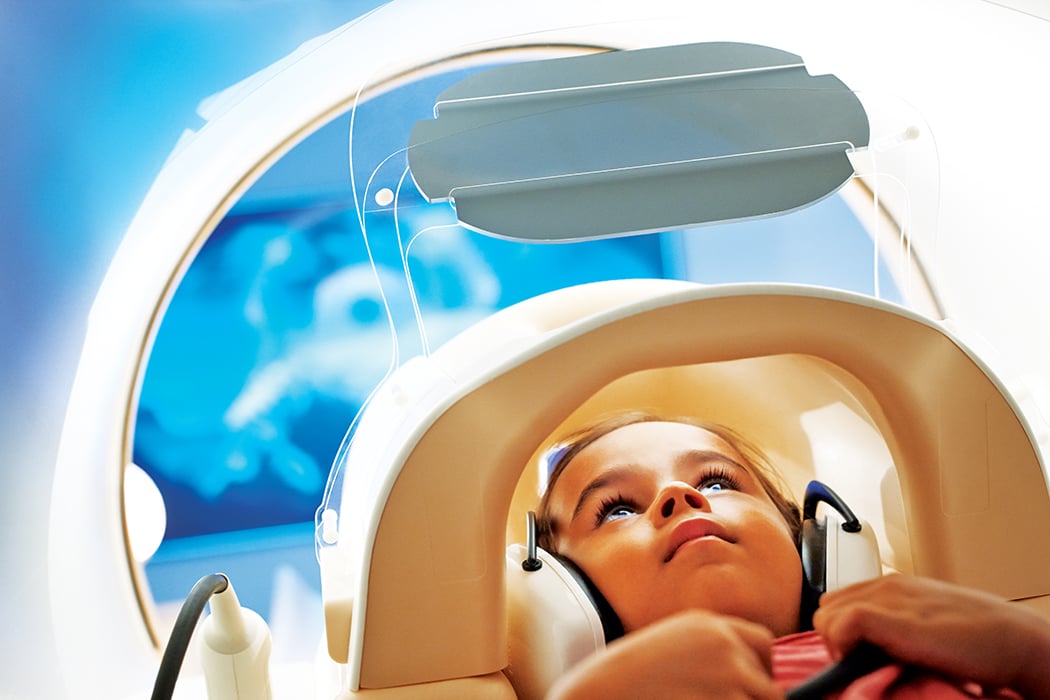 Radiation dose management and right-sizing dose are some of the most important concerns for pediatric medical imaging. As technologies continue to evolve, pediatric radiologists are experimenting with new techniques to reduce dose — and refining  ways of sharing information with patients and their families.

This article examines several ideas for managing imaging radiation dose in some of the most common pediatric applications, as well as assessing other technologies that are helping keep children safe.

Arguably the most well-known pediatric-focused initiative of recent years has been the Image Gently campaign. Launched in 2007 through the efforts of numerous societies, the campaign works to raise awareness on the benefits and risks of medical imaging for pediatric patients. “It has been a wonderful resource for families and for staff,” said Laura Gruber, MBA, RT(R), RDMS, RVT, senior director of medical imaging at Ann and Robert H. Lurie Children’s Hospital of Chicago. In particular, she said it has been a good resource for primary care physicians.

In 2016, the Image Gently Alliance launched a brand new campaign, Think-A-Head, to educate providers and patients about the benefits, risks and indications for head computed tomography (CT) scans in children. Traumatic brain injury (TBI) is the leading cause of disability and death for children in the United States, according to the Brain Injury Association of America, with an estimated 2,685 deaths, 37,000 hospitalizations and 435,000 emergency department visits every year.1 The primary tenets of the campaign are:

•    Know when an imaging test is (and is not) necessary;

•    Discuss the benefits as well as the risks of the scan; and

•    Child-size the radiation dose when necessary.

The Image Gently Alliance offers its own guidance, “Image Gently Development of Pediatric CT Protocols 2014.” The document acknowledges that while no one universal technique can be applied across all vendors’ CT scanners (or even between similar models if they are running different software versions), it is possible to achieve similar image quality across multiple systems. Steps include:

5.    Establish pediatric head DRLs for all CT scanners in department.

6.    Establish pediatric DRLs for all CT scanners in department with iterative reconstruction.

The Think-A-Head website page also provides a link to the American Association of Physicists in Medicine (AAPM) Pediatric Routine Head CT Protocols, last updated in December 2015 (see http://bit.ly/2lKbn1J). The document begins with an extensive list of indications for pediatric head CT scans as well as the various diagnostic tasks it can achieve. In regards to radiation dose, the document defers to American College of Radiology (ACR) CT Accreditation Program guidelines, which set DRL at 35 mGy with a pass/fail limit of 40 mGy for a routine head exam of a 1-year-old.

Aside from head trauma, other common childhood conditions are wrestling with dose concerns. One of these is appendicitis, which is the most common surgical emergency among children in the United States, and the mortality rate in children younger than 2 can reach 20 percent, according to Alex Towbin, M.D., Neil D. Johnson Chair of Radiology Informatics and co-chief of thoracoabdominal imaging at Cincinnati Children’s Hospital. Towbin tackled the question of which imaging modality is best for pediatric appendicitis at the 2016 annual meeting of the Radiological Society of North America (RSNA) — a conversation that largely revolved around radiation dose.

For most pediatric hospitals, ultrasound is the first-choice modality due to its lack of ionizing radiation. It is also the lowest-cost study and requires no patient preparation. Towbin noted, however, that image quality is entirely facilitated on operator and patient dependencies, and the appendix can already be difficult to identify via ultrasound.

CT, on the other hand, does not have the same dependencies and provides excellent delineation of disease, according to Towbin. It also allows the easiest identification of the appendix, meaning there are fewer false-negatives with CT. “You don’t necessarily have to use contrast, but multiple studies show that images turn out better with contrast,” Towbin told his RSNA audience.

A study published in the April 2016 Radiology journal affirms the clinical effectiveness of MRI compared to CT. The retrospective study examined results from pediatric patients who underwent unenhanced MRI of the appendix between December 2013 and November 2014, and contrast-enhanced CT of the appendix between December 2012 and November 2013. All patients were scanned within 24 hours of an abdominal ultrasound exam in which results were equivocal for appendicitis.2 The comparison study revealed:

Gruber said Lurie Children’s, a Level 1 trauma center/tertiary care center, has totally moved away from using CT to identify suspected appendicitis cases and now exclusively employs MRI scans of the abdomen. “We have an MR physicist as part of our team that created a five-minute scan sequence,” Gruber told ITN, creating a shorter exam that does not require children to sit still for as long.

Respiratory distress is another common pediatric ailment that often requires some form of medical imaging. X-ray and CT are the most popular modalities for children’s respiratory imaging, according to Ed Y. Lee, M.D., MPH, chief of the division of thoracic imaging at Boston Children’s Hospital and associate professor of radiology at Harvard Medical School.

When CT is indicated for respiratory applications, Lee said that patient prep is the most important part of the process. “It’s a matter of whether the patient can follow instructions,” he said at RSNA 2016. “Generally, if they are under five years old, they cannot, and sedation and intubation is often necessary.”

A 2016 study published online by the journal Chest suggests that lung ultrasound is a safe and effective alternative for diagnosing pneumonia, the world’s leading cause of death in children. The investigators conducted a randomized controlled trial in the pediatric emergency department at The Mount Sinai Hospital comparing lung ultrasound to chest X-ray in 191 patients. Patients were randomized into an investigational arm — where they received a lung ultrasound scan and a chest X-ray only if necessary — and a control arm, where they received a chest X-ray followed by an ultrasound. The investigational arm saw a 38.8 percent reduction in chest X-rays while rates in the control arm stayed the same. There were no missed pneumonia cases and no increase in any other adverse events.3

While modality choice and right-sizing dose are important considerations for pediatric imaging, the ideal would be not having to conduct imaging exams at all — a goal that can be met with the help of image sharing technologies.

Last October, Nuance Communications announced a new collaboration with the Make-A-Wish Foundation to offer Nuance’s PowerShare cloud technology for MAW kids on their wish trips. Because of their conditions, many of these children end up in the hospital during their trips.

“Children often arrive without their prior imaging exams, or they come with CDs that may be incomplete or corrupted, so our radiologists have no frame of reference” said Michael S. Gurian, M.D., chief of pediatric radiology at Arnold Palmer Hospital for Children in Orlando, Fla., which treats many Make-A-Wish kids. This deficiency means many children are subjected to unnecessary repeat scans.

Arnold Palmer Hospital was already using PowerShare, as do most facilities in the area, according to Gurian. Since the hospital treats a large number of MAW patients due to its proximity to popular major theme parks, Gurian saw a chance to fill an unmet need. When the Make-A-Wish partnership with Nuance launched, Arnold Palmer Hospital became the site of the first pilot program. Karen Holzberger, vice president and general manager of diagnostics for Nuance, said the company will continue to expand the program to load medical images for MAW kids across the country into the PowerShare cloud network.