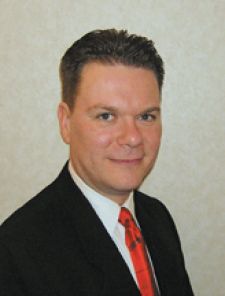 Acclaimed stage and screen actor Avery Brooks playfully demanded to know “where are the flying cars” in that insurance company television commercial, an ode to a bygone era of popular science fiction that predicted our primary mode of transportation by the third millennium. Back in the 1950s, people whimsically dreamed about what the world would be like 50 years from then and how we would live, play and work with technology that made things so much easier. But today saw no flying cars, Brooks lamented in mock disappointment.
Certainly, many of the outlandish forecasts for technology have been best left to big and small screen films, TV shows, novels and the so-called funny books. Even today. But we’ve witnessed great leaps and strides in technological developments over the years – including the computer, the Internet and a plethora of advancements in the medical/surgical arena – that take us much closer to the world of “Star Trek” than we truthfully could have imagined.
In the last edition of Outpatient Care Technology, we highlighted the concept of convergence in healthcare technology, as well as the ability to customize devices and equipment for greater flexibility to improve workflow and productivity. Basically, we’re seeing larger devices and equipment units shrinking in footprint but expanding in capabilities. If anything, it’s the only positive application of the popular management phrase “to do more with less.”
However, it’s no longer enough to do more with less. Now we want to do more with less and faster. In fact, one of the more prominent specifications in LCD computer monitors and LCD televisions being promoted today is the millisecond-response feature. This involves the time it takes for pixels to turn on or off to display an image because the faster an image can be displayed, the sharper the picture on display will be. It’s designed to reduce, if not eliminate, the blurring that may occur from fast-motion video. For the consumer it’s all about the viewing experience.
For the clinician and other medical professionals, however, it’s all about the diagnosis and procedure. Being able to visualize blood vessels, organs and tissue quickly in real time live motion can make the difference between accuracy and guesswork, which can lead to a costly medical error. Life and death sometimes may hang in the balance.
Thankfully, technology is eliminating the need for a lot of that guesswork by clinicians, guesswork that shouldn’t necessarily be considered a measure of a clinician’s skill or talent any more than throwing dice in a casino. Instead, technology should be augmenting a clinician’s thought process by providing him or her with a wealth of data that can be translated into useful information.
We witnessed such technology at RSNA 2005 where a host of companies demonstrated four-color, high-resolution, three-dimensional images of bones, organs, tissues and blood vessels in real time. And a growing number of vendors unveiled computing and image display horsepower that facilitated less-than-a-minute Ethernet downloading speeds of nearly a gigabyte of imaging data. But they didn’t just talk about it as a work-in-progress or a pie-in-the-sky dream. With the click of a mouse button, company reps on the RSNA show floor physically showed it. Live.
In the consumer world, fraction-of-a-second response times are being referred to as the “spec du jour.” In the healthcare arena, however, it’s the spec to have – not only for treatment accuracy but also for patient safety and economic stability and security. It’s about time.
See you in 60.