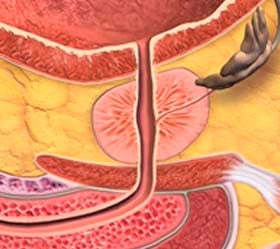 C.R. Bard Inc. has agreed to pay the federal government $48.2 million to settle a whistleblower lawsuit that alleges its urological division and wholly owned subsidiary, ProSeed Inc., paid doctors and hospitals kickbacks to entice them to order Bard's products at inflated prices to treat Medicare patients with prostate cancer.

Bard and ProSeed, based in Covington, Ga., sold radioactive seeds used for brachytherapy, a treatment for prostate cancer. The seeds are permanently implanted in the prostate to deliver a prescribed dose of radiation directly to the cancer cells.

"Bard's nationwide brachytherapy sales force would customize the kickback offers after assessing what the customers' financial needs were," said Peter Chatfield, a Washington, D.C., attorney with Phillips & Cohen LLP, who is representing the whistleblower. "Bard allegedly offered doctors anything they wanted -- such as unrestricted 'grant' money, rebates, advertising campaigns and free medical equipment -- to induce them to buy Bard's brachytherapy seeds at inflated prices."

Customers order the radioactive seeds used in brachytherapy from whatever company they want. During the period relevant to the lawsuit, Medicare paid whatever price was billed for the seeds, so doctors and hospitals weren't affected by paying higher prices for seeds.

The "qui tam" lawsuit alleged that from 1998 to 2006 Bard inflated the costs of the seeds sold to treat Medicare patients, using a portion of its excess profits to pay for kickbacks. By paying kickbacks, Bard caused false and inflated claims to be submitted to Medicare, which is a violation of the False Claims Act.

The whistleblower, Julie Darity, is a former contracts administration officer for Bard in Georgia. She worked for the company for 18 years and received numerous top employee awards. She complained about the kickbacks to her supervisors and through the internal compliance system to no avail before filing a qui tam lawsuit.

"I was following the company's ethics policy when I complained about all of the enticements sales reps were offering customers to get them to buy the brachytherapy seeds," Darity said. "Rather than stopping these sales tactics, the company continued to allow sales reps to offer inducements and rewarded them very generously."

Darity's qui tam case was filed in federal district court in Atlanta in 2006. The government joined the case after investigating the allegations. Darity is represented by Peter Chatfield of Phillips & Cohen, Marlan Wilbanks, of Wilbanks and Bridges, in Atlanta, Ga., and Charles E. Cox, Jr. of Macon, Ga.

"Having an honest and informed client is an important part of every whistleblower case," said Wilbanks. "In this case, Ms. Darity was an extraordinary asset. She has literally spent thousands of hours over the last seven years assisting the government in understanding the nature and scope of the Bard kickbacks at issue."

"The government attorneys and investigators were fabulous, particularly Assistant U.S. Attorney Neeli Ben-David," Darity said. "They understood that the Bard sales tactics were costing Medicare millions of dollars and had to be stopped. Ms. Ben-David spent years working on my case, and she personally reviewed thousands of documents related to the Bard kickbacks."

The False Claims Act encourages whistleblowers to file lawsuits against companies that are defrauding the government and offers them a reward if funds are recovered. When the government joins the case, whistleblowers are rewarded between 15 percent and 25 percent of the recovery. For the evidence she provided and the years she spent working on the case, Darity was rewarded with 21 percent of the Bard settlement proceeds. 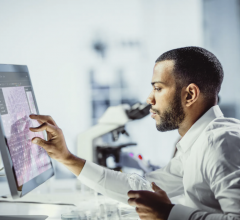