Cancer During Pregnancy: Chemotherapy and Radiotherapy are Safe for Babies, Studies Show 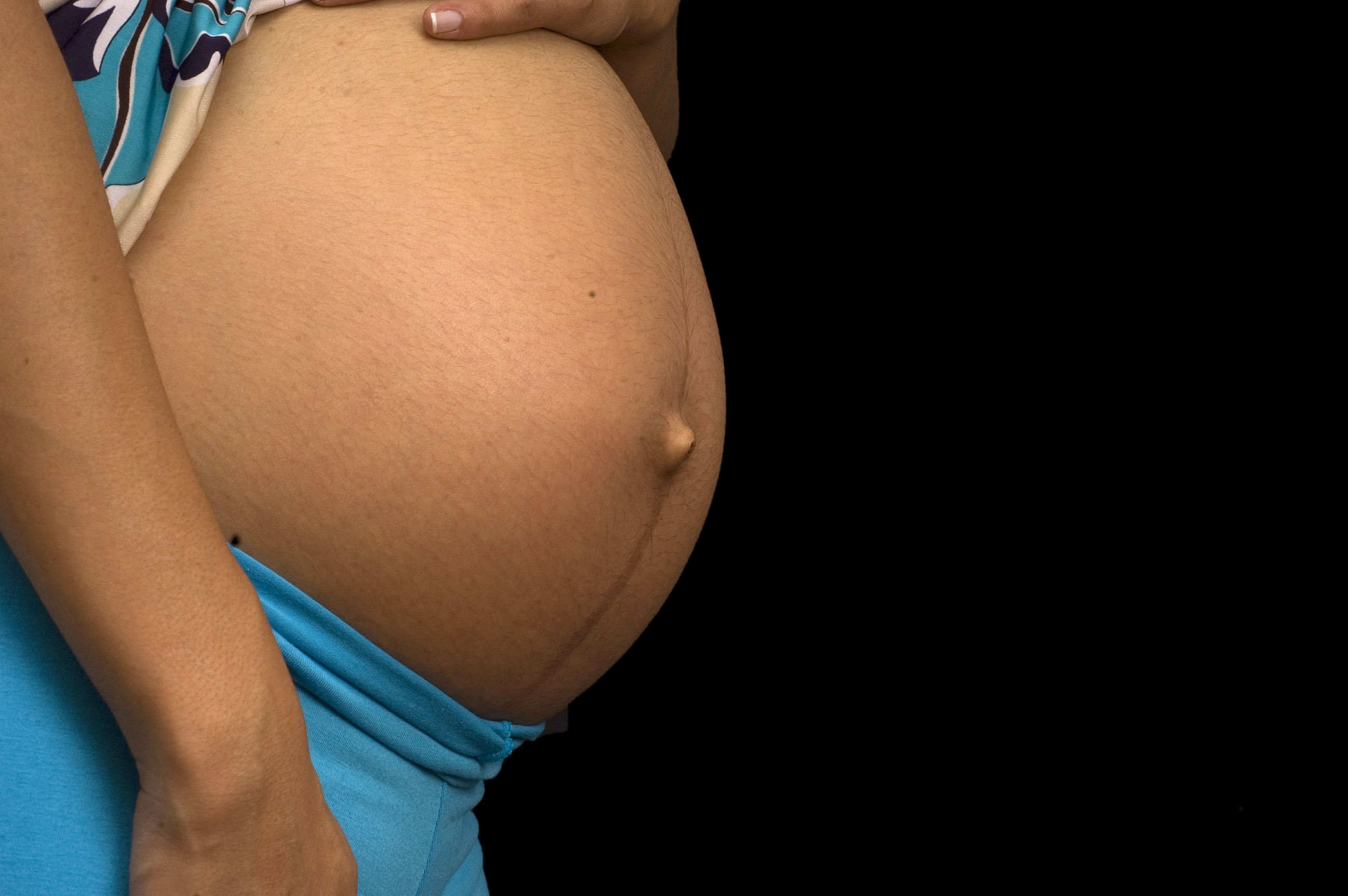 October 8, 2014 — Children who are exposed to chemotherapy or radiotherapy while in the womb suffer no negative impacts on mental or cardiac development, international studies presented at the European Society for Medical Oncology (ESMO) 2014 Congress in Madrid showed.

"When chemotherapy is administered after the first trimester of pregnancy, we cannot discern any problems in the children," said lead author Frederic Amant, M.D., Ph.D., KU Leuven and University Hospitals Leuven in Belgium. "Fear about the risks of chemotherapy administration should not be a reason to terminate a pregnancy, delay cancer treatment for the mother or to deliver a baby prematurely."

Concerns about the potential impact of cancer treatment on unborn children has until recently left some oncologists hesitant to administer treatments to pregnant cancer patients, said Amant. To address these concerns, his group has led three new studies that were presented at ESMO 2014.

At a median age of almost two years of age, mental development as measured by the Mental Development Index was in the normal range for both groups of children and were not significantly different. Cardiac dimensions and functions were within normal ranges for both groups.

This is the first case control study on the developmental outcome of children exposed in utero to chemotherapy. It shows that chemotherapy during pregnancy can be considered safe for mental development and cardiac functioning of the child, the authors said.

Commenting on the results, Fedro Alessandro Peccatori, M.D., Ph.D., director of the Fertility & Procreation Unit at the European Institute of Oncology's Division of Gynecologic Oncology, who was not involved in the study, said they confirm that chemotherapy administration during pregnancy does not alter neurodevelopment after birth nor cause cardiac alterations.

"This paper points to the very important issue of long-term safety of prenatal exposure to chemotherapy and reinforces the notion that chemotherapy during gestation does not endanger the fetus and her or his subsequent development. To further ameliorate neonatal outcome, a special effort should be made to prolong pregnancy duration, and stringent long-term follow-up should be pursued to confirm these findings. Meanwhile, specific measures to support prematurely delivered babies and their families should be implemented,” he said.

Future studies will explore the effects of specific chemotherapy types in detail, and longer-term follow-up, to fine tune the findings.

In a second study, Amant and colleagues explored the impact of radiotherapy on the children of women with cancer. The study included 16 children and 10 adults who had been exposed to radiotherapy in utero. This is the first long-term follow-up study of children prenatally exposed to medical radiation, and the study showed that neuropsychological, behavioral and general health outcomes for those exposed to radiotherapy were within normal ranges. One child revealed a severe cognitive delay; however other pregnancy-related complications are confounding factors, they reported.

Amant hopes the new results will provide clinicians with the evidence they need to ensure pregnant women with cancer receive the best quality care. "It's a good feeling to know that research data can be implemented immediately into the clinic. Our data will inform physicians and patients and help them to take decisions in a difficult situation."

"The main message is that neuropsychological, behavioral and general health outcomes were within the normal range in all but 3 of the 16 children studied. This is the first long-term follow-up study of children and adults exposed to radiotherapy in utero. Pregnancy, particularly advanced pregnancy, has been traditionally considered a contra-indication to radiotherapy. New radiation techniques and more sophisticated simulations of the received fetal dose may change this scenario, but caution remains mandatory when giving radiotherapy to a pregnant woman, particularly in the third trimester," said Peccatori.

It is safe and effective to check for the spread of early breast cancer in pregnant women using sentinel node biopsy rather than completely dissecting the node, researchers from the INCIP and the German Breast Group showed in another study presented at ESMO 2014. Sentinel lymph node biopsies have been the topic of intensive research over the last 2 decades, and have replaced the older and more invasive method of axillary lymph node dissection for women patients without clinically suspicious axillary lymph nodes.

This method removes the first (or 'sentinel') lymph node (SLN) receiving lymphatic drainage from the tumor (and is therefore most likely to contain metastatic cells). If the SLN does not contain metastatic disease, the remainder of the lymph nodes does not have to be removed, thereby sparing the patient the associated side effects such as lymphedema and reduced movement.

The latest guidelines for doctors still advise they perform axillary lymph node dissection and avoid sentinel lymph node biopsy during pregnancy due to lack of safety data, explained Sileny Han, M.D., University Hospitals Leuven, who presented the results at ESMO 2014. "We aim to add to the body of evidence that sentinel node biopsy is feasible during pregnancy and should be considered an option."

The study is the largest series to date to assess this question. The researchers studied 97 women with breast cancer who underwent sentinel node biopsy. Their aim was to assess whether the sentinel lymph node procedure is safe from an oncologic point of view for the mother. After a median follow-up of 35 months, eight patients had experienced a loco-regional relapse, meaning their cancer recurred in the same or other breast and the chest wall; this included two who developed tumors in their lymph nodes. Four patients developed distant metastases, of whom three died of breast cancer.

These results show that SLN biopsy during pregnancy has a low axillary recurrence rate, said the authors. "This staging method can be considered during pregnancy instead of standard axillary lymph node dissection for early-stage, clinically node negative breast cancer," they said.

Added Peccatori, co-author on this study, "Axillary staging in early breast cancer is a changing paradigm. Data from different institutions in Europe and the United States have demonstrated that in non-pregnant patients, sentinel node biopsy is an effective staging procedure that holds equivalent results to axillary lymph node dissection even in patients with up to three positive sentinel nodes, if post-operative systemic treatment is adequate. Furthermore, hand sentinel node biopsy is associated with improved arm motility, decreased armpit pain and numbness and shorter hospital stay. Why should we deny this procedure to pregnant breast cancer patients?"

The INCIP database currently includes 1,011 patients from 21 countries (at the time it included 897 patients). Overall, 3.23 percent (29/897) of the patients in the database became pregnant after cancer diagnosis or during treatment. Of those 29 patients, three pregnancies were identified during diagnostic examinations for suspected malignancy but before definite diagnosis, 18 during treatment, and seven after cancer diagnosis but before treatment was started.

"The core message from our results is that it is vital for doctors and patients to discuss contraception during cancer diagnosis and cancer treatment. Although fertility issues are not the focus of attention at this time, it is necessary to provide advice about contraception. And although we know it's possible to treat patients with chemotherapy/radiotherapy during pregnancy when necessary, it's still better to avoid this situation, if possible,” wrote the authors.

Said Peccatori, "Discussion about effective contraception remains a high priority for oncologists dealing with young patients with cancer. The incidence of unplanned pregnancy during cancer treatment probably remains a rare event. Nonetheless, the high emotional impact of an unplanned pregnancy and the possible maternal consequences in terms of treatment modification should prompt more effective interventions in this field."