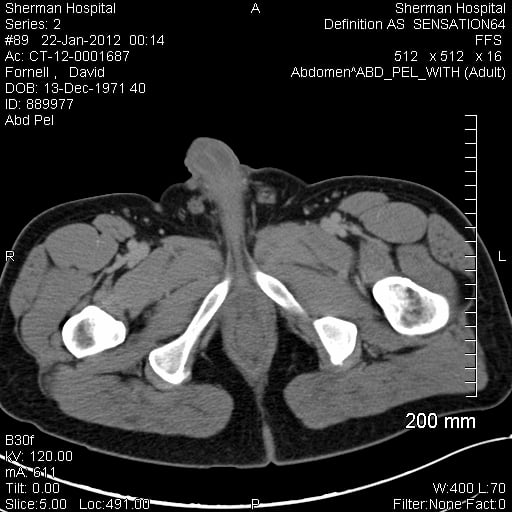 Presenting these results at the 3rd European Society for Radiotherapy and Oncology (ESTRO) Forum in Barcelona, Spain, was Prof. James Morris, from the Department of Radiation Oncology, Vancouver Cancer Centre, British Columbia Cancer Agency (BCCA), Vancouver, Canada. Morris said that the ASCENDE-RT trial is the first and only existing trial comparing low-dose-rate prostate brachytherapy (LDR-PB) for the curative treatment of prostate cancer with any other method of radiation therapy delivery.

The trial enrolled 398 men with cancer that had not spread outside the prostate gland who were judged to be at high risk of treatment failure, based on standard tests for a number of features of the cancer. The patients initially received androgen deprivation therapy (ADT), aimed at reducing levels of the male hormones that stimulate prostate cancer cells to grow. After eight months of ADT, all patients received 46 Gy2 of external beam radiotherapy to the prostate and regional lymph nodes.

"At five years follow-up, we saw a large advantage in progression-free survival in the LDR-PB group," Morris said. "Although, to date, overall survival and prostate cancer-specific survival do not appear to differ between the two groups, existing trends favor LDR-PB and an overall survival advantage is likely to emerge with longer follow-up."

LDR-PB is an extremely cost-effective treatment, the researchers said, but it does require prolonged training and experience in order to produce consistent results, and this may limit more widespread adoption. An additional problem is that, in the trial, the LDR-PB patients experienced more urinary side effects that those who received DE-EBRT. In a separate presentation Morris's clinical research fellow, Sree Rodda, told the conference that the incidence of severe late urinary side effects was three times higher in patients who received LDR-PB than in those who had DE-EBRT. "Many of these severe adverse effects were temporary and reversible, or could be ameliorated by procedures. Moreover, more than 80 percent of patients in the LDR-PB arm had few or no long term urinary side effects." However, she said, "the long-term prevalence of severe urinary toxicity in the LDR-PB patients was 8 percent compared to just 2 percent for the DE-EBRT patients. An important challenge for the future will be the reduction of these adverse effects while maintaining the advantages of LDR-PB."

"In the meantime, ASCENDE-RT has made an important contribution to the search for a more effective curative treatment for prostate cancer," he concluded.

Prof. Philip Poortmans, president of ESTRO, commented: "This study illustrates very nicely how the best results can be obtained by combining various treatment options instead of trying to get the most out of one single modality. Brachytherapy is an extremely efficient and safe radiation oncology modality, and this trial shows that it can have a wider field of applicability than simply in very localized and low-risk tumors when combined with other techniques - in this case, androgen deprivation therapy and external bean radiation therapy."