Avoiding Radiotherapy an Option for Some Older Patients With Breast Cancer

December 12, 2013 — Omission of radiotherapy is a reasonable option for women ages 65 or older who receive hormone therapy after breast-conserving surgery for hormone receptor-positive, axillary node-negative breast cancer, according to results of the PRIME 2 trial presented Dec. 11 at the 2013 San Antonio Breast Cancer Symposium.
"Radiotherapy has been known to reduce the risk of breast cancer recurrence three- to fourfold. However, what our trial has shown is that although this is still the case, the proportion of women who will actually have a recurrence without radiotherapy is very small (less than 5 percent), five years after treatment," said Ian Kunkler, F.R.C.R., professor of clinical oncology, Edinburgh Cancer Research Center, University of Edinburgh. "We have identified a subgroup of older patients at sufficiently low risk of recurrence for whom omission of postoperative radiotherapy after breast-conserving surgery and adjuvant endocrine therapy is a reasonable option.”
"What this study shows is that for every 100 women (from our selected population) treated with radiotherapy, one will have a recurrence anyway, four will have a recurrence prevented, but 95 will have had unnecessary treatment," Kunkler continued. "Once a patient has had radiotherapy, they are unable to have it again on the same breast. Had these women not had radiotherapy, they would have been able to have minor surgery and radiotherapy following a recurrence. Besides, radiotherapy carries its own health risks, particularly in the elderly, as well as the inconvenience of travel for daily treatment for three or four weeks.”
"Allowing us to defer radiotherapy in this group of patients until a recurrence occurs will be of benefit to the patient and to the health service.”
PRIME 2 is an international, phase III, randomized, controlled trial that set out to address the question of whether whole-breast radiotherapy can be omitted in carefully defined groups of older patients receiving appropriate therapy. The primary endpoint of this trial is recurrence of breast cancer in the same breast, known as ipsilateral breast tumor recurrence (IBTR).
The investigators found that at five years, 1.3 percent of patients who received radiotherapy had IBTR, and 4.1 percent of patients who did not receive radiotherapy had IBTR.
Between 2003 and 2009, 1,326 patients were enrolled in the trial; 658 patients were randomly assigned to receive radiotherapy and 668 did not receive radiotherapy.
All participants:
The investigators found that at five years, between patients who received radiotherapy and those who did not, there was no significant difference in:
The difference in breast cancer-free survival between those receiving and not receiving radiotherapy (98.5% versus 96.4%), however, was statistically significant.
"Our results are likely to lead to the consideration of omission of postoperative radiotherapy in patients meeting the eligibility criteria for the trial," said Kunkler.
The PRIME 2 trial looked at wide local excision and adjuvant hormonal therapy ± postoperative whole breast irradiation in women ? 65 years with early breast cancer managed by breast conservation
Local recurrence rates after breast conserving surgery (BCS) are falling because of increasing use of effective systemic therapy. The question of whether whole breast radiotherapy (WBRT) can be omitted in carefully defined groups of older patients receiving appropriate systemic therapy has not been addressed. PRIME II is an International phase III RCT addressing this question.
Between April 2003 and December 2009, 1326 patients were randomized to receive (n = 658) or not receive (n = 668) radiotherapy (RT).
Eligibility criteria
Patients could have Grade 3 tumors or lympho-vascular invasion but not both. An accrual of 1300 was planned to detect a difference based on estimates of local recurrence of 2% in RT group and 5% in no RT arm at 5 years, with 80% power and 5% significance. The primary endpoint was ipsilateral breast tumor recurrence (IBTR). Secondary endpoints were regional recurrence, contralateral breast cancer, distant metastases and overall survival (OS). Median follow up is 4.8 years.
Results
No significant differences in regional recurrence (0.8% no RT versus 0.5% RT), contralateral breast cancer (0.7% no RT versus 0.5% RT), nor distant metastases (0.5% no RT versus 0.3% RT) were seen.
The majority of deaths were not linked to breast cancer (32 no RT versus 24 RT from a total of 76 deaths), with no influence of omission of RT (p = 0.3).
Conclusions
The PRIME 2 randomized international Trial has shown that omission of RT in women ages 65 and older with pN0, hormone receptor positive breast cancer receiving endocrine therapy results in only a 2.7 percent five-year IBTR. Although RT reduces IBTR significantly, the absolute reduction in this study is very small. RT does not reduce the rate of regional recurrence, distant metastases or overall survival. Early results only, five-year median follow-up results to follow in November.
The study was funded by the Chief Scientist's Office for Scotland. Kunkler declared no conflicts of interest.
For more information: www.sabcs.org 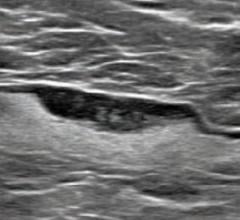 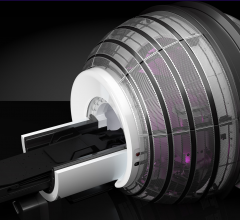 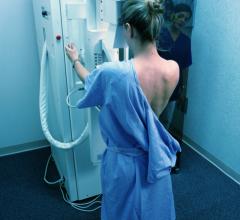 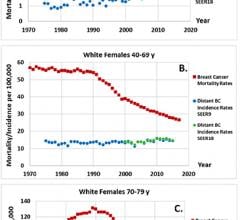