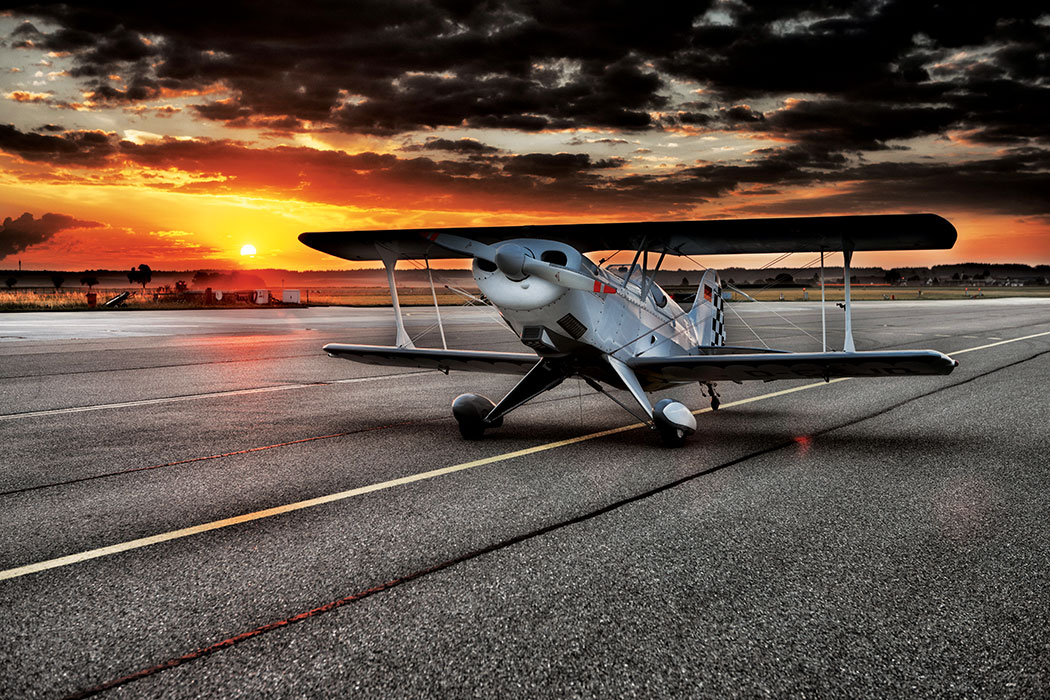 Editor’s note: In this article, David A. Strahle, M.D., candidly shares how and why he and his team became involved with the systematic development of an abbreviated protocol for screening breast magnetic resonance imaging (MRI) and what they learned after carefully evaluating the data. This original research was conducted by Strahle, Dorothy R. Pathak, Ph.D., Arlene Sierra, M.P.A., Sukamal Saha, M.D., and Catherine Strahle, D.O., and Kiran Devisetty, M.D.

As an aerospace student in my undergraduate years I ran a flight school. After graduation, I continued as a flight instructor during several years of employment with IBM — including managing IBM’s local flight training program. One of my flight students, a urologist, piqued my interest in medicine and after further undergraduate pre-medical course work, I was accepted to the College of Human Medicine program at Michigan State University.

During medical school I continued to teach flying. One of my students, General Vernon J. Andrews, adjutant general of the Michigan National Guard and director of the Michigan Department of Military Affairs from 1983 to 1991, reached out to me years later after I began my private radiology practice in Flint, Mich.

General Andrews called one day with a dilemma. One of his two daughters was dying of breast cancer. Due to her dense breast tissue, mammograms were unable to locate her tumor early enough to save her life. He wanted to know if I had heard about breast MRI, which was in its infancy at the time.

After researching the issue, General Andrews discovered the approach being used to develop the breast MRI process was very similar to the aviation research I performed in 1969 on identifying thunderstorms with a new radar technique. The aviation issue was, and still is, the inability to identify many thunderstorms hidden by very dense clouds. Clouds can become so dense that aircraft radar cannot penetrate the thick layers early enough for pilots to avoid the danger of flying into thunderstorms. Approximately 70 percent of all air traffic delays are due to thunderstorms. Based on my research, about 40 percent of general aviation aircraft are now equipped with this new weather avoidance equipment. The airlines are just now installing the equipment for the first time this year. (Incidentally, I never made a dime off the success of this project other than as a nationally recognized aviation weather lecturer.) You can see why the problem of breast cancer hidden by dense tissue was a problem I was willing to tackle. (See www.youtube.com/watch?v=bkXGXDM4mnQ for more information regarding this aviation weather research.)

The Transition to MRI

Immediately, I began working with breast MRI and became an instructor for Merge CADStream 3-D post-processing systems. As a result, my practice, Regional Medical Imaging (RMI) has become one of the leading breast MRI centers in the United States, having read more than 35,000 cases while also reading for nine other institutions.

Our research started in the United States at the same time as Christiane Kuhl, M.D., chair of the Department of Radiology at RWTH Aachen University in Aachen, Germany (without either of us knowing of the other’s efforts) with a different approach to the problem. It spanned several years, addressing the entire subject of screening women with MRI including the financial aspects of a national program.

The purpose of our research was to identify any lesions, not just cancers, missed by screening mammography under the premise that non-visualization of benign processes due to dense breast tissue would make it difficult to see a malignant process as well; evaluate the role dense fibroglandular tissue (FGT) played in hiding breast lesions; determine if a limited number of MRI sequences could be developed for a national screening program; and discuss the impact a national MRI screening program might have on reducing costs.

After years of evaluating the data, which included recording 14 parameters on each missed lesion, we identified several “firsts” not presented by any other authors:

•   Recording of all mammographically missed lesions, benign as well as malignant, and the shocking discovery of 452 missed lesions in 234 of 671 women.

•   Development of a unique method to correctly identify the proper abbreviated protocol … by letting each acquisition, in and of itself, define which will work and which will not work in the breast screening environment. This required evaluating benign as well as malignant lesions (452 lesions total) not performed in this manner by anyone else.

•   First time initial baseline reading criteria was developed that is usable by all radiologists, not just “expert radiologists,” for screening women with MRI who have dense breasts. (See Table 1 in the published article online.) This allows radiologists to cut biopsy rates nearly in half compared to any other screening modality.

•    The realization of the importance of kinetic activity over morphology in evaluating small lesions — those lesions that would be expected in a MRI breast screening environment. This has  never been identified or discussed by any other author. The word on the street (and in other papers) is that morphology is much more important than kinetic activity and, therefore, kinetic activity can be dropped from MRI studies. This would be a major mistake. Here is why:

There are three basic steps used to evaluate a suspicious lesion: morphology, signal  response from each of the individual acquisitions and kinetic activity. As our research proved, all three steps are necessary to minimize errors, reduce patient recalls and decrease, rather than increase, false positive rates.

In addition, liability is a very important issue in our country and to skip one of the three basic steps will generate much concern amongst the legal establishment ­— especially when elimination of the third step (evaluation of kinetic activity) saves no time in overall operational throughput. Skipping kinetic evaluation, as some have proposed, is especially concerning when 1 out of 8 women (12 percent according to other key authors) will need to return for a repeat study requiring additional exposure to gadolinium. To ignore the last phase of an injection of gadolinium (the kinetic flow of gadolinium through a tumor) clearly opens the door for criticism from both the legal and medical establishment, especially when we have established the necessity of kinetic activity through our research. Without kinetic evaluation, the false positive rates will be too high.

•   The reduction of recall rates to zero — unlike any other reported protocol. Virtually all of the recent research papers and advertising from vendors for 3-D mammographic imaging stress the importance of reducing recall rates. By establishing baseline reading criteria and using a shortened protocol that retains kinetic evaluation, our research resulted in zero recall rates.

•   Discovering mammograms are viable forwomen with fatty breasts (half the female population) and, therefore, MRI is not necessarily needed in this subgroup.

•   How to handle the unique problem of background parenchymal enhancement (BPE).

•   The unique creation of benign vs. malignant ratios and plotting of those ratios (see Chart 2 in the online article) to visually identify the required protocols and processes.

•   The important role benign lesions play in defining the proper acquisitions for breast screening. MRI is of no help in identifying potentially malignant lesions if it cannot clearly rule out which are benign. Therefore, we found it mandatory that benign lesions be included in the evaluative process when developing correct breast MRI screening sequences.

•   The realization that the difference in time between a 3-minute scan protocol and a 7-minute protocol has no impact on overall patient throughput when considering the entire process of check-in, prep and procedure. One cannot put more than 3.5 women per hour though a scanning process whether using a 3-minute scan or a 7-minute scan.

•   The first time a four- to six-year earlier pick up was realized, based on 16.3 new cancers per 1,000 women. At the 2.7 per 1,000 women mammogram cancer detection rate per year, it would eventually take six years to identify all 16.3 cancers currently seen on MRI in that same group of women. In other words, breast MRI essentially shifts time of detection up to six years earlier than screening the same group of women with mammograms. It took a lot of discussions with several researchers to come to this very important realization.

•   Part of our research, but not part of the published paper, identified dramatic dollars saved by the insurance companies (and the patient as well) in 10 categories: reduced mastectomies due to earlier discovery; reduced requirements for chemotherapy; reduced requirements for radiation treatment; reduction of extra dollars spent attempting to treat patients who eventually succumb to the disease; reduction in loss of personal income; reduction in expenses incurred by families of breast cancer patients;  reduction in lawsuit expenses; reduction in reconstructive surgeries;  reduction in office visits due to more advanced disease; and continuation of insurance premiums by women who survive the disease that would otherwise have succumbed. The estimated total dollar savings are high enough to absorb the cost of both mammograms and MRI and still yield a significant net savings of nearly 2,000 percent ROI.

The research has been well-received and up and running at 14 medical centers. In most cases, they are recommending the study every other year for women with dense tissue for around $495, $40 less expensive than the costs generated by yearly 3-D/tomosynthesis, and at a much higher detection rate.

In our mid-sized county, a total of 88,000 screening mammograms were performed last year. At the detection rate of 2.7 cancers per 1,000 mammograms, our medical community should have, and nearly did, detect 238 cancers.

At a MRI detection rate of 16.3 additional cancers per 1,000 women with dense breasts, there are 715 women who have had a mammogram within the last year walking around our county with cancer and we do not know who they are.

Of course, there are many who believe early detection will not make any difference whatsoever in survival, and they may be right. But if we have the capability to detect breast cancer up to six years earlier with potential to save many lives, we must try and try now.

A total of 671 asymptomatic women (mean 55.7 years, range 40–80) with a negative mammogram were prospectively enrolled in this Institutional Review Board (IRB) approved study. All lesions on MRI not visualized on mammography were analyzed, reported, and suspicious lesions biopsied. In parallel, all FDP MRI acquisitions were scored by lesion to eventually create a high-yield AP.

FDP breast MRI detected 452 findings not visible on mammography, including 17 suspicious lesions recommended for biopsy of which seven (PPV 41.2 percent) were malignant in six women. Mean size of the four invasive malignancies was 1.9 cm (range 0.7–4.1), all node negative; three lesions in two women were ductal carcinoma in situ. Nine biopsied lesions were benign, mean size 1.2 cm (range 0.6–2.0). All biopsied lesions were in women with dense breasts (heterogeneously or extremely dense on mammography, n = 367), for a cancer detection rate of 16.3/1,000 examinations in this subpopulation. These data were used to identify four high-yield acquisitions: T2, T1-pre-contrast, T11.5, and T16 to create the AP with a scan time of 7.5 min compared to 24 min for the FDP.

The team’s analysis of a FDP MRI in a mammographically negative group identified four high-yield acquisitions that could be used for rapid screening of women for breast cancer that retains critical information on morphology, histopathology and kinetic activity to facilitate detection of suspicious lesions.

David A. Strahle, M.D., is a radiologist at Regional Medical Imaging (RMI) in Flint, Mich.