The Antidote for Radiology Errors

Better systems that improve quality, learning and safety are the key to real improvements 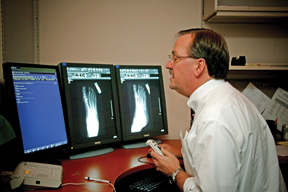 Most experts embrace the notion that the best way to prevent medical errors is to learn from them rather than punish the individuals involved. Despite this, the facts suggest there is still much work to be done in establishing a just culture in healthcare that acknowledges the inherent likelihood that humans will make mistakes.

The Agency for Healthcare Research and Quality (AHRQ) has studied this particular issue for years, and its most recent findings point to the fact that the majority of physicians still feel their organizations employ a blame-oriented rather than solutions-oriented approach to error prevention. In AHRQ’s “Hospital Survey on Patient Safety Culture: 2012 User Comparative Database Report,” more than 500,000 staffers representing 1,128 hospitals were surveyed.1 The majority of respondents, including physicians, feel that their mistakes are held against them.

This is particularly interesting when considered against the backdrop of the recent Office of the Inspector General (OIG) report entitled, “Hospital Incident Reporting Systems Do Not Capture Most Patient Harm.” In it, the OIG concluded that based on its study of claims from 2008, 86 percent of incidents that harmed Medicare beneficiaries were not reported to the hospital’s incident reporting system.2 The report opined on a variety of potential causal factors for this, including:

• a lack of staff training on what constitutes “harm” and should be reported;

• the belief that someone else would take care of the reporting.

Accepting the Truth: Everyone Makes Mistakes
To make a real impact on the rate of diagnostic errors in radiology, it is necessary to first accept the truth that all radiologists, even very good ones, make errors. Case load, case complexity, rapid reporting requirements and radiologist fatigue all play a role in the quality of a radiologist’s work. In order to make interpretation and communication more reliable, we must first accurately identify the types of predictable human errors that can be avoided through the introduction of system level improvements. The principle, which is simple, is that physicians with better tools will make fewer mistakes.

The degree of difficulty required to manually manage the critical-results reporting process is so high that radiology groups often fail to meet Joint Commission standards. Sarwat Hussain, M.D., from University of Massachusetts Memorial Health Care, published a study in 2009 describing his group’s efforts to improve critical results reporting compliance.3 After considering the options, his department of 40 radiologists chose to implement a manual approach to critical results reporting. The department set a goal to achieve 90 percent compliance and spent two months preparing by developing policies, educating staff and establishing expectations.

After implementing the plan, there was an actual decline in performance in the first few months. It ultimately took the radiologists at University of Massachusetts Memorial Health Care more than a year to achieve the compliance goal.

While the author’s conclusion was that the project was effective, one could argue that the time and manpower required to achieve the result could have been significantly reduced with better technology and system-level supports. Solutions for automated reporting of critical findings are readily available, ranging from messaging systems that deliver a pre-recorded audio clip to more sophisticated smart phone applications that provide the critical result along with key images and a one-click option for a live consultation with the radiologist.

Simple Solutions Can Make a Difference
However, implementing better tools need not always equate to purchasing expensive technology. The aviation industry’s use of checklists is consistently cited as an antidote to human error, and healthcare quality thought leaders have come to recognize the incredible power of the simple checklist to making healthcare safer. Research confirms that the implementation of checklists in surgery saves lives, and the World Health Organization (WHO) estimates that at least half a million deaths per year could be prevented if the WHO Surgical Safety Checklist were effectively implemented worldwide.4

Atul Gawande, M.D., external lead of the Second Global Patient Safety Challenge on Safe Surgery in the WHO Patient Safety Programme, has commented, “It is clear that the WHO Surgical Safety Checklist has already saved many thousands of lives since its introduction. We need to keep the pressure on healthcare facilities around the world to ensure adoption of the checklist so that hundreds of thousands more lives can be saved.”4

Radiologists also should incorporate diagnostic checklists into their interpretation workflow, particularly for high-risk or highly-complex studies. A well-constructed diagnostic checklist provides the framework for systematic inspection of all images and anatomic structures, lessening the likelihood that obvious pathology will distract the reader from detecting a subtle or unexpected finding.

To aid its radiologists, Radisphere looked at more than 400 studies and more than 13,000 procedural variations to isolate the findings that are most often overlooked and then incorporated diagnostic checklists into its proprietary reporting software. The checklist format conforms to the American College of Radiology (ACR) Practice Guideline for Communication of Diagnostic Imaging Findings, and it also helps radiologists present their findings in a clear, consistent format.

Our radiologists appreciated the support provided by the diagnostic checklists. In a 2011 survey conducted by the group, 81 percent of respondents stated that the group’s checklist-driven reporting tools improved the quality of their reports.

Other Solutions: CAD, Doubling Up
Another system-level strategy to combat errors in radiology is to introduce redundancy into the interpretation of error-prone examinations. For some examinations, such as mammography or prostate magnetic resonance imaging (MRI), radiologists may incorporate computer-aided detection (CAD) software, which uses pattern recognition algorithms to flag areas with a possible malignancy for closer inspection during interpretation.

Another approach is the usage of real-time concurrence review of high-risk or high-complexity studies by a second radiologist before the first reading is finalized. While so-called “double-reading” of certain categories of high-risk studies (e.g., mammography) is sometimes undertaken by radiologists, the process is cumbersome without structured support. It also can be costly and ultimately lead to more questions than answers for the interpreting radiologists when a difference of opinion occurs.

For a concurrence review program to be effective, it must resolve the problems of how to:

• select only those cases where a real benefit will be derived from the second opinion;

• reconcile discrepancies between the readers; and

• complete the process in a rapid manner.

In short, concurrence review represents a clear opportunity to eliminate interpretive errors in problem-prone cases. However, it must be scalable to be effective.

In 2000, Harvard School of Public Health professor Lucian Leape, M.D., testified before Congress that medical errors were extremely prevalent and that healthcare organizations should make medical error reduction a crucial priority.5 He also testified that part of the change must include the elimination of punitive responses to inadvertent medical errors. More than a decade later, too little progress has been made, and the need to stop using punishment to address errors remains urgent.

Radiology is one of the most technology-driven specialties in medicine, which presents those in the field with a unique opportunity to lead on the issue of encouraging a just culture and reducing medical errors through system-level improvements. By introducing better tools, such as automated critical results reporting, diagnostic checklists and concurrence-review software solutions, radiology providers can reduce their rate of error and, ultimately, foster a culture of learning that protects both patients and their physicians.

Teri Yates, CHC, is the chief compliance officer and director of quality management at Radisphere, a radiology group serving community and rural hospitals with a standards-based model that improves quality and physician satisfaction. For information: www.radispheregroup.com 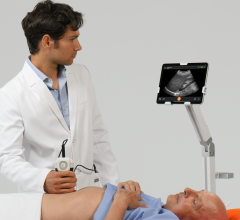