Arrows are in the air, but M.D.s stand firm 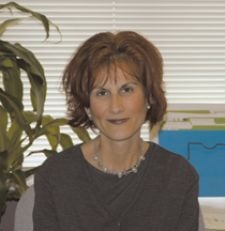 What’s the world got against anesthesiology lately?
Just two months prior to the annual convening of the American Society of Anesthesiologists (ASA) I sense that this medical specialty is under attack on a couple of fronts, attacks that are challenging these physicians’ professional authority and/or their well deserved financial compensation.
For instance, a CMS proposal this June to alter the practice expense methodology threatens to reduce work payments for anesthesiologists by six percent, plus cut practice expenses one percent every year through 2010 — which amounts to 10 percent in Medicare payments to anesthesiologists over the next four years, according to an ASA Internet article.
On another front, many ASA members also recently received a letter from Aetna informing them that anesthesia treatment for certain endoscopy procedures would no longer be covered by the health insurance company. The rationale: The payor determined from its own research that anesthesiology was not warranted in these cases.
Did you get that? The insurance company is making a judgment about a physician’s medical decision for a patient.
And there’s more. The armwrestle to maintain clear definition in the roles of anesthesiologists who are medical doctors versus nurse anesthetists is ongoing, placing physicians in the position of defending the exclusivity of administering anesthesia by or under the supervision of the M.D.
Within the last six months the Louisiana State Nursing Board adopted a statement that authorizes nurse anesthetists to practice “pain management” procedures, according to the March edition of the ASA newsletter. A lawsuit has subsequently been brought by the The Spine Diagnostic Center of Baton Rouge (The Center) seeking an injunction to prevent the nurse anesthetist from continuing pain management procedures.
A newly introduced piece of legislation in the House of Representatives could mean reprieve from a decade of injustice against anesthesiology. HR-5246 would potentially undo a 1991 Medicare policy that has shortchanged academic anesthesiology teaching programs by 50 percent for more than a decade — that’s good news, and more than overdue. But meanwhile, some programs lose more than $1 million annually because of the discrimination.

Taking a Stand
ASA is defending its members admirably on several levels. One measure the society took was to publish a position statement early this June titled, “The Medical Necessity of Anesthesiology Services.” It’s a line in the sand addressing the affronts being waged against anesthesiology — but it is rather a sad testament when doctors must spell out for the simpletons what they do and why it’s important that only they do it.
The statement begins: “There is no circumstance when it is considered acceptable for a person to experience emotional or psychological duress or untreated pain amenable to safe intervention while under a physician’s care.”
ASA’s document also asserts that “the decision to perform a specific anesthetic technique should only be made by a physician trained in anesthesiology in conjunction with the patient and the physician performing the surgery/
procedure.” It concludes that the anesthesiologist’s services should be appropriately reimbursed through the recognized ASA RVG CPT methodology.
For proof of the absolute necessity of anesthesiology services, doubters need only glance at the programming topics on dock for the numerous panels, point-counter-point discussions, presentations and oral abstract sessions coming to Chicago this October. Here the men and women of anesthesiology will exchange wisdom for the practice of medicine and collectively become even better than when they arrived. Thank goodness for their stamina and commitment, and thank goodness pain management remains in their well-trained hands.
Thanks for reading. 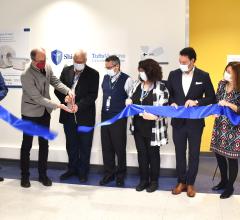 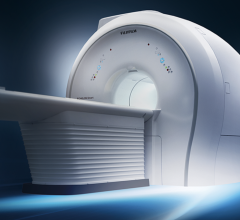