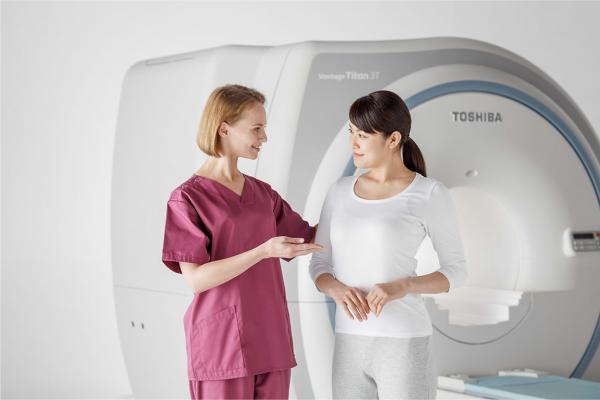 March 13, 2017 — A new study shows women at high risk for breast cancer were more likely to return for additional screening with magnetic resonance imaging (MRI) if they received a letter informing them of their options for additional imaging. The letter (in addition to a letter sent to their primary care physician) — which is included in the paper published in Health Communications — may help breast imaging centers navigate the complex legal, ethical and institutional landscapes in a way that increases the likelihood that women will follow through with American Cancer Society breast cancer screening recommendations for adjunct breast screening in women at elevated risk.

The paper compares rates of follow-up MRI for women found to have greater than 20 percent risk according to the widely used Gail model risk assessment. The study was split into two periods — one in which the recommendation for additional screening was communicated via letter only to a woman's primary care physician, and one in which recommendations were communicated via letters to both the woman and to her primary care physician. When women were sent a letter informing them of the American Cancer Society additional breast screening recommendations for women at elevated lifetime risk, follow-up screening with breast MRI increased significantly.

"In an earlier study, we noticed that only a small percentage of women were coming back for MRI. This paper is the result of us wondering why," said John Brinton, Ph.D., assistant research professor at the Colorado School for Public Health, the paper's first author.

However, the researchers point out that their results do not necessarily prove that direct communication caused the increase in follow-up screening. Because this was an observational study, the increase in follow-up screening could have been due to unrelated factors — what the researchers call secular trends — such as current events or changes in culture that could have influenced attitudes about MRI screening in these high-risk patients.

This is the central question of Glueck and Brinton's continuing line of research. Just now, with data collection pre- and post-adoption of ACS guidelines by many thousands of patients at the Invision Sally Jobe Breast Centers, and with the hope for continued research funding, the team may be able to gather the resources needed to answer Glueck's larger question.