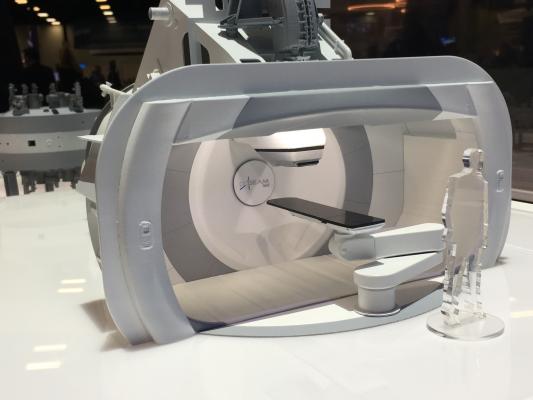 The 360-degree rotating gantry of ProBeam 360° enables efficient intensity modulated proton therapy (IMPT), and faster treatment times by minimizing patient repositioning and re-imaging, and allowing high-quality CBCT imaging from almost any angle. RapidScan technology, available on the ProBeam 360°, simplifies the process of motion management by delivering each field in a single breath-hold. This capability increases the number of patients who can comply with breath-hold treatments like lung SBRT.

Additionally, Varian's high-definition pencil-beam scanning technology gives clinicians the ability to deliver the dose precisely within the contours of the tumor to minimize dose to healthy tissue. When combined with iterative CBCT, the ProBeam 360° system enables adaptive precision radiation therapy during the course of treatment, helping to make it an even more precise form of proton therapy.