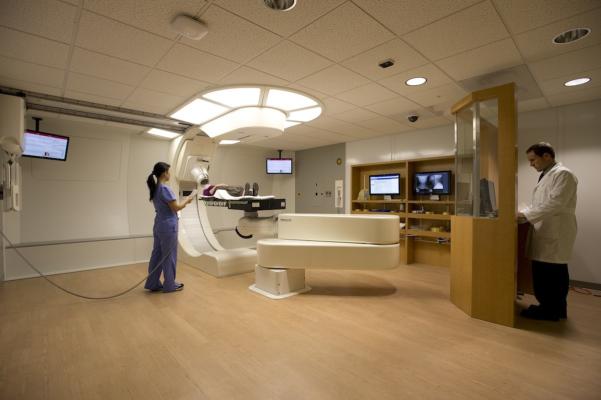 June 2, 2016 — University Hospitals in Cleveland recently held a ceremony to mark the completion of its new $30 million proton therapy center, the first in the state of Ohio. The 11,000-square-foot center is scheduled to begin accepting patients in July.

The project has been in development since 2011, when University Hospitals agreed to purchase a proton therapy system from Mevion Medical Systems. According to the Cleveland Plain Dealer, the system is more compact and less costly than prior versions, which were valued between $250 million and $300 million. The Plain Dealer reported the UH facility is classified as one of the world’s only compact proton treatment centers.

The proton therapy center will reportedly be able to treat 20-25 patients a day. UH is also expected to enroll the center in several national clinical trials and simultaneously develop its own trials to expand the use of proton therapy.

Proton therapy is a more precise form of radiation therapy, delivering the full radiation dose to the tumor area while limiting the damage to surrounding tissue and organs.