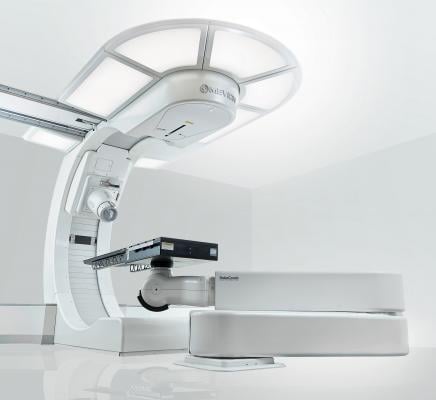 Proton therapy is an external-beam radiation therapy technique similar to conventional high-energy X-rays. The difference is that protons are heavy charged particles that deposit radiation in a targeted manner — when they reach a specific depth, protons deposit their energy and then stop, leaving virtually no energy beyond that depth. The depth is precisely controlled by changing the energy of the protons, thus allowing physicians to precisely tailor the proton dose to the specific depth and shape of the tumor, and thereby greatly reducing the dose to surrounding healthy tissue. Only 21 proton centers are in operation in the United States today.

The Marjorie and Leonard Williams Center for Proton Therapy is housed in a new 15,000 square foot facility consisting of three floors — two above ground and one underground — to accommodate the Mevion S250 superconducting synchrocyclotron proton accelerator.