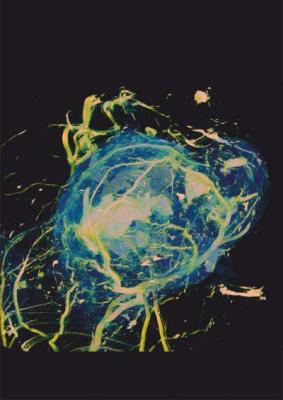 November 3, 2015 — Gold nanoparticles (GNPs) can increase the effectiveness of radiation therapy by killing blood vessels that feed cancerous tumors, suggests a new study. The study was published in the current issue of Medical Physics, the monthly journal of the American Association of Physicists in Medicine (AAPM).

Researchers used simulations to assess how GNPs injected into tumors act as vascular disrupting agents, which combat cancer by cutting off blood supply to the tumor. They determined that GNPs get wedged in quickly-growing and therefore vulnerable blood vessels and, when irradiated, rapidly cause the death of those vessels, choking the tumor. They assessed GNPs’ effect on three types of radiation therapy: kV photons, MV photons and proton therapy.

“Our research suggests GNPs can boost the effectiveness of radiation therapy by killing off some of the tumor-feeding blood vessels quickly, before the tumor has the chance to grow new blood vessels,” said Yuting Lin, Ph.D., a medical physics resident with the Department of Radiation Oncology, Massachusetts General Hospital and Harvard Medical School, Boston. “We found that while GNPs cause the largest boost to kV photons, they also can significantly improve radiosensitization for MV photon and proton therapy, especially if the GNPs can be targeted to attach to the vessel walls.”

Gold has a high atomic number, meaning GNPs are more likely to boost the photoelectric effect of radiation therapy, in which electrons are released from the atom and deposit their energy into the surrounding tissue. The simulation shows that when GNPs wedged in blood vessels are irradiated, they produce large amounts of low energy electrons that quickly kill off the nearby tissue. This rapid cell death, known as apoptosis, cuts off part of the blood supply to the tumor. Like all tissue, tumors need a blood supply to grow and thrive.

Researchers note that if GNPs are designed to actively accumulate in the tumor blood vessel walls, the damage could be increased significantly.

The use of GNP as a radiosensitizer in humans is in early trials and likely will not be widely available for patients for five years or so.