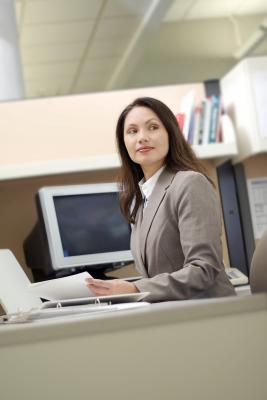 April 12, 2017 — In contrast to other U.S. racial/ethnic groups, Asian Americans have experienced steadily increasing breast cancer rates over the past 15 years.

To better understand potential contributors to this increase, researchers at the Cancer Prevention Institute of California (CPIC) examined cancer incidence trends by age and stage among women from seven Asian American ethnic groups in California from 1988 through 2013. The findings were epublished ahead of print in the April issue of Breast Cancer Research and Treatment.

Asian Americans includes populations from nearly 30 countries with differing migration patterns, socioeconomic status, health behaviors and culture, all which contribute to differences in disease incidence. In this study, seven major ethnicities were evaluated:

All Asian Americans groups, with the exception of Japanese, experienced an overall incidence increase. The largest increase was observed among Koreans, South Asians and Southeast Asians. Rates increased for distant stage disease among Filipinas.

According to Scarlett Lin Gomez, the lead researcher of the study, “These patterns warrant additional attention to public health prioritization to target disparities in access to care, as well as further research in identifying relevant breast cancer risk factors for specific breast cancer subtypes. In particular, studies should investigate risk factors, perhaps early-life exposures, underlying the higher rates of breast cancer among young Filipino and Japanese women, with attention to possible genetic susceptibility.”

Increasing trends of late-stage disease, particularly among Filipino, Korean and South Asian women, suggest a need for higher rates of mammography screening in these populations. Mammography utilization rates in California are slightly lower in Asian American women than in other racial/ethnic groups; among Asian Americans, Korean and South Asian women have the lowest mammography utilization, consistent with their higher rates of later-stage disease.

The disproportionately high rates of some HER2 negative overexpressing subtypes also require better understanding, as this subtype tends to grow more quickly, spread more aggressively, and present more often as high-grade disease than the more common hormone receptors or HER2 negative tumors.

To conduct this study, researchers used data from the population-based California Cancer Registry in a state that is both the largest in the U.S. and has the most substantial population of Asian Americans. Comparison data were drawn for whites. From 1988-2013, researchers identified 45,721 invasive breast cancer cases among Asian Americans.

This work was supported by the Stanford Cancer Institute and the National Cancer Institute’s Surveillance, Epidemiology and End Results Program under contract HHSN261201000140C awarded to the Cancer Prevention Institute of California.