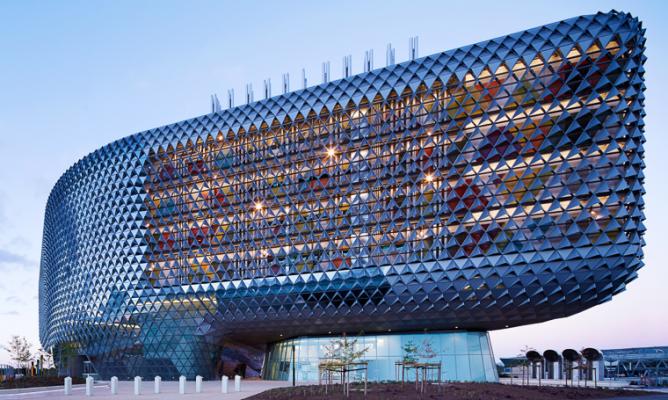 September 2, 2015 — Significant national and international momentum is building to include a proton therapy unit as part of the planned expansion of SAHMRI, South Australia’s Health and Medical Research Institute. It would be the first facility in the Southern Hemisphere to deliver proton therapy.

Cancer specialist and former CEO of Cancer Council Australia Prof. Ian Oliver said South Australia was the obvious choice to create a Proton Therapy Unit that would service Australia and the region.

“There have been groups in New South Wales and Victoria also considering a bid to establish a proton facility, but South Australia is the furthest ahead,” he said.

“Because SAHMRI already operates a cyclotron, it already has highly relevant experience in operating a particle accelerator as would be required for proton therapy,” he added.

For proton therapy, a cyclotron accelerates the protons almost to the speed of light, and they are then directed through a probe to release their energy at the tumor site.

“The treatment itself takes less than two minutes,” said Prab Takhar, director of the molecular imaging and therapy research unit at SAHMRI.

Radiation oncologists across South Australia are collaborating with Philips on development of the center, which will expand the number of trained technicians available when the center opens.

The SAHMRI proton therapy unit will reportedly be able to treat 600-800 patients per year.