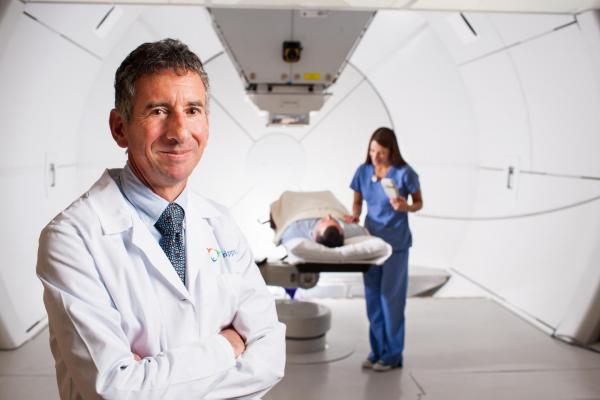 June 4, 2015 - The nation's first and only proton therapy center to treat patients exclusively with pencil-beam scanning is reporting exceptional results in delivering cancer treatment since opening for patient care in 2014.

Carl Rossi, M.D., medical director of the Scripps Proton Therapy Center in San Diego, offered the assessment at the 54th annual Particle Therapy Co-Operative Group (PTCOG) conference, May 18-May 23 in San Diego. Presentations and discussions at the conference focused on the latest technological advances and clinical applications in particle beam therapy for cancer patients.

Rossi said physicians at the Scripps Proton Therapy Center have treated a breadth of tumor sites in the center's first 15 months that previous new proton centers have taken two years or more to accomplish. A 20-year veteran of proton therapy, Rossi also noted that the new center is offering remarkably accurate radiation delivery and the ability to treat larger tumor fields than previously possible, while also providing greater efficiency with on-time patient treatments.

Earlier proton centers typically opened with a focus on treating relatively straightforward cases, such as prostate cancer, and then expanded over time. But Scripps has branched out more quickly: Tumor sites treated since the center's opening include lung, brain, spinal column, base of skull, head and neck (e.g., oropharynx, salivary gland), central nervous systems, pancreas, rectum, esophagus, breast (male and female), testis, inter-abdominal lymphoid tissue, thymus gland, bone and others. The center has also delivered a number of re-treatments in areas where patients had prior radiation (an application where protons are especially appealing, because less healthy tissue is exposed to radiation).

The center's ProBeam pencil-beam technology, developed by Varian Medical Systems, enables doctors to be far more specific with where they deliver the radiation dose compared to earlier passive scatter technology. The system also allows doctors to vary the radiation dose within the tumor target, which previously was not possible. It also opens the door to treat larger and more irregularly shaped fields (up to 40 centimeters in length). Having the ability to treat a single, larger field is far less cumbersome and time consuming than transitioning to treat multiple tumor fields.

By exclusively using pencil-beam scanning, every patient's treatment plan at Scripps comes in the form of a data file. This means there is no need to install physical devices outside of the treatment nozzle for each patient, as is needed with passive scatter technology, which is most widely used today. So when a Scripps proton patient needs to be moved from one treatment room to another, the transition can be made easily and quickly, often in a matter of minutes.

Rossi said the center has received patients both from within the Scripps Health system and through its affiliate providers, Rady Children's Hospital-San Diego and UC San Diego Health System. Treatment at Scripps Proton Therapy Center is available to any health system in San Diego and beyond. More than one-third of Scripps' proton patients to date have come from outside San Diego, including nine different states, and as far away as Monaco and China.

As a member of the Proton Collaborative Group (PCG), Scripps Health is participating in multi-institutional research studies to help optimize proton therapy. Currently, Scripps is part of a PCG registry trial to gather clinical outcomes data from all of its patients, regardless of diagnosis, and expects to expand into tumor-specific studies that will explore areas such as hypofractionation. The facility also plans to be involved in prospective randomized research trials comparing proton and X-ray radiation therapy though its involvement with NRG Oncology, a collaborative research organization of the National Cancer Institute.