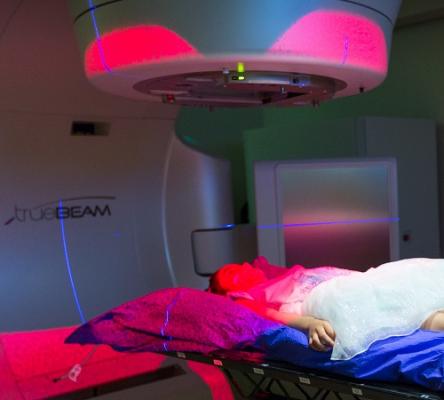 November 1, 2017 – Physicians from across the country gathered in Chicago last week to discuss the most recent advances in proton therapy at the Particle Therapy Cooperative Group – North America (PTCOG‐NA) meeting. During the meeting, two important abstracts were presented that addressed concerns about higher costs for proton therapy and delays in payer coverage for pediatric patients.

Leading physicians at the M.D. Anderson Cancer Center in Houston presented a recent study that demonstrated post‐treatment costs for esophageal cancer patients treated with proton therapy was lower than for patients who received intensity modulated radiation therapy (IMRT). The study results reflected that the higher post‐treatment costs for IMRT were due to additional procedures, treatments and/or hospitalization due to complications from their treatment.

Scott Warwick, executive director of the National Association for Proton Therapy, stated “This study presented today continues to confirm what we have known all along – treatment with proton therapy reduces patient complications resulting in reduced post‐treatment costs when compared to other radiation therapy modalities.”

An additional abstract addressing proton therapy coverage by payers for pediatric patients was presented by physicians from Massachusetts General Hospital and other proton centers. Data from the Pediatric Proton Consortium Registry, which collects information for children with cancer who are treated with proton therapy, was used for the study. That data reflected that while the majority of pediatric patients’ proton therapy treatment was covered by their payer, 6 percent of children experienced a delay in treatment while waiting for approval from the payer. These delays were more common in children covered by Medicaid (12 percent) than for children covered by a commercial insurer (5 percent).

Eugen Hug, M.D., president of PTCOG‐NA, commented that, “Several original scientific studies reported first in the conference confirm the increasing role of proton therapy in frequent cancers like breast cancer, prostate and esophageal cancer and its ability to increase cure rates and reduced side effects. Reduced costs from reduced side effects will offset some if not all of the higher initial costs of proton therapy. Unfortunately, even for the most vulnerable patients — children — access to proton therapy in timely fashion remains a challenge.”

Since PTCOG‐NA’s creation in 2013, the NAPT and PTCOG‐NA have worked collaboratively together to advance evidence‐based proton therapy coverage through cooperative research, development of a model coverage policy and advocacy.