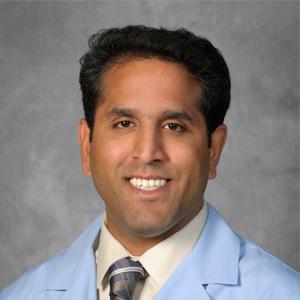 October 27, 2020 — A preliminary analysis of photon therapy treatment group 1 from the phase II NRG Oncology clinical trial NRG-BN001 indicates that there is no statistically significant overall survival (OS) or toxicity differences between dose-intensification radiation therapy (DI-RT) using intensity-modulated radiation therapy (IMRT) and standard-dose radiation therapy (SD-RT) with temozolomide treatments for patients with newly diagnosed glioblastoma (GBM). Although there were no differences between arms, results suggest that MGMT methylation and RPA are predictive of progression-free survival (PFS). The proton therapy treatment group 2 of this trial is ongoing. The preliminary results were presented at the virtual edition of the American Society for Radiation Oncology's (ASTRO) Annual Meeting in October 2020.

NRG-BN001 enrolled 229 eligible patients to be randomly assigned to receive either SD-RT or DI-IMRT. Patients were also stratified by RPA class and MGMT methylation status. Of the 229 trial participants, 58% were MGMT unmethylated and 75% were RPA class IV. Researchers were primarily studying OS rates between the two treatments; however, secondary objectives of the trial were to track PFS, treatment-related toxicity between arms, patient-reported symptom burden, and change to neurocognitive function.

"Although this first group of IMRT dose-intensification did not cross significance threshold for further testing in a phase III trial, it is important to note the predictive implications of MGMT methylation and RPA class with regards to progression-free and overall survival. Future research of treatment intensification should continue to account for these factors in this disease," stated Vinai Gondi, M.D., the director of research at the Northwestern Medicine Proton Center, co-director of the Brain Tumor Center at Northwestern Medicine Cancer Center, Warrenville, and lead author of the NRG-BN001 abstract.

The second group of this trial will be surveying DI-RT with proton therapy in place of IMRT. This group continues to accrue patients, and results will be announced at a future time.

"We look forward to the results that come from this study's second group involving dose-intensification using proton therapy. Proton therapy is hypothesized to further improve survival by preventing radiotherapy-related circulating lymphopenia, which has been shown to impact survival in this patient population," Gondi added.

News | Radiation Oncology | November 10, 2020
Every Month Delayed in Cancer Treatment Can Raise Risk of Death by Around 10%
November 10, 2020 — People whose treatment for cancer is delayed by even one month have in many cases a 6 to 13% high
read more

Watch-and-Wait Compared to Operation for Patients with Complete Response to Neoadjuvant Therapy for Rectal Cancer. Image courtesy of the American College of Surgeons 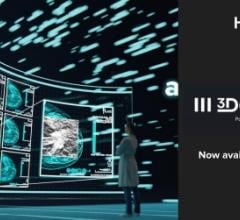 VIDEO: Example of Bowel Ischemia and Perforation From SMA Thrombus in COVID-19 Patient