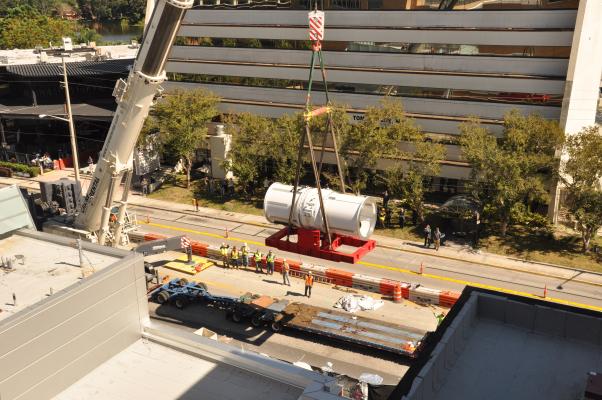 "We are extremely excited to bring this leading-edge proton beam facility to Ohio," said Nathan Levitan, M.D., president of UH Seidman Cancer Center. "As a national leader in cancer care, University Hospitals Seidman Cancer Center is committed to providing patients with the most advanced cancer-fighting technology and treatments. The addition of the Mevion S250 will be a great complement to our existing state-of-the-art radiation oncology equipment and expertise and will benefit patients with many different types of cancer. Additionally, it provides a distinct advantage to our pediatric patients and their families at UH Rainbow Babies & Children's Hospital, eliminating the need to travel out of state for this technology, which results in fewer long-term effects due to the precisely targeted therapy."

Proton therapy is an advanced form of radiation therapy that targets cancer cells more directly while sparing much of the surrounding healthy tissue, thus making it ideal for treating pediatric patients as well as adults with cancer in sensitive locations such as near the heart or brain. Traditional proton therapy systems cost hundreds of millions of dollars to build and are typically the size of a football field. However, the Mevion S250 provides precise, effective and efficient treatment without the complexity of traditional systems. In addition, the capital costs and the operating costs are significantly less as the Mevion S250 requires less space, less staff and less energy than other proton systems.

Following the installation of the accelerator, the system will undergo proton beam tuning and acceptance testing to verify that it meets precise technical and clinical requirements before being commissioned for clinical use. It is expected to begin treating cancer patients in the spring of 2016.