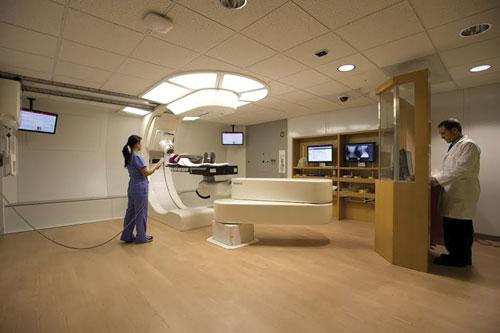 September 26, 2016 — RaySearch and Mevion Medical Systems are extending their collaboration agreement to support the RayCare oncology information system (OIS), currently in development at RaySearch, and to take full advantage of the advanced treatment capabilities of the Mevion S250i with Hyperscan and Adaptive Aperture. The agreement was announced at the 58th annual meeting of the American Society for Radiation Oncology (ASTRO) in Boston.

RayCare is the next-generation OIS developed from the ground up by RaySearch to support the complex logistical challenges in modern, large-scale radiation therapy centers. RayCare integrates the high-performance radiation therapy algorithms available in RayStation and adds advanced features for clinical resource optimization, workflow automation and adaptive radiation therapy. The system is expected to be released in 2017.

Adaptive Aperture is a proprietary low-profile micro-multileaf collimator system designed specifically for Hyperscan pencil beam scanning. Its layer-by-layer beam collimation and blocking achieves 1-3 millimeter collimated spot sizes, for all energies, at any depth. Under the agreement, RaySearch will develop planning capabilities to support the layer-by-layer collimation of Adaptive Aperture.

Previous collaboration between RaySearch and Mevion has led to impressive results at Mevion customer sites, such as Ackerman Cancer Center (ACC) in Jacksonville, Fla. ACC commissioned RayStation for its Mevion S250 in just two weeks, achieving what the company calls the fastest clinical ramp-up in proton therapy history. The center is now treating more than 40 patients per day in a single proton therapy room.

RayCare and the Mevion S250i Proton Therapy System with Hyperscan with Adaptive Aperture are not yet U.S. Food and Drug Administration (FDA)-cleared.