This is in additional to eight non-reimbursable, hospital-acquired conditions CMS approved last year, which go into effect this fall.

Beginning last year, as required by the Deficit Reduction Act of 2005 (DRA), CMS began selecting hospital-acquired conditions that were determined to be reasonably preventable. If a condition is not present upon admission, but is subsequently acquired during the hospital stay, Medicare will no longer pay the additional cost of the hospitalization and the patient cannot be held responsible for the additional cost. CMS said the rules are designed as a way to encourage hospitals to prevent never events.

In last year’s final rule, CMS listed eight preventable conditions for which it would not make additional payments. In this year’s proposed rule, CMS identified nine potential categories of conditions, but based on public comments, is finalizing the three new conditions.

CMS also announced yesterday it plans to add three new “never events” that it will no longer reimburse doctors for if the occur, including surgery on the wrong body part, surgery on the wrong patient, and wrong surgery performed on a patient. CMS said it opened a process to develop the three new National Coverage Determinations (NCDs) that would address Medicare coverage for these surgical errors. Medicare NCDs set national policy on whether Medicare will cover an item or service and under what conditions.

Occurrences of these types of errors in the NCDs announced this week have been identified by the National Quality Forum (NQF) as “serious reportable events,” commonly referred to as “never events.” Evaluating coverage of these procedures is a step for Medicare to help address patient safety concerns.

CMS said it opened a 30-day public comment period on the three new proposed changes. A proposed decision memorandum will be released on or before Feb. 1, 2009 for another round of public comments and then finalized no later than April 30, 2009.

“Never events cause serious injury or death to beneficiaries and result in unnecessary costs to Medicare and Medicaid due to the need to treat the consequences of the errors,” said CMS Acting Administrator Kerry Weems. “The steps taken today reflect our strong conviction that these events, in fact, should be prevented, and our commitment to protecting Medicare and Medicaid patients from them.”

In 2002, prompted in part by the release of the 1999 Institute of Medicine report titled “To Err is Human: Building a Safer Health System,” the NQF created a list of 27 Serious Reportable Events, which was expanded to 28 events in 2006. The NQF defines these events as errors in medical care that are clearly identifiable, preventable and serious in their consequences for patients. The IOM also concluded that medical errors including those that result in hospital-acquired conditions, may be responsible for as many as 98,000 deaths annually, at costs of up to $29 billion. 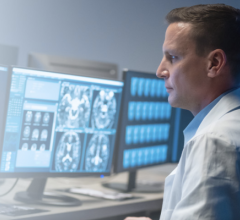