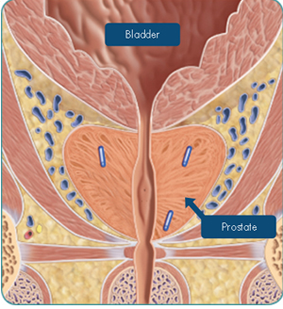 May 23, 2011—Calypso Medical Technologies Inc., developer of GPS for the Body technology used for the precise tracking of cancerous tumors during radiation therapy, is exhibiting at the American Urological Association Annual Meeting (booth 4337) and will discuss recent clinical findings suggesting that the Calypso System can be used to more precisely deliver radiation in post-prostatectomy patients.

In addition, Calypso will provide onsite physician training on the implantation of miniature Beacon electromagnetic transponders, which are the core of the Calypso System, the only commercially available real-time tracking system for radiation therapy shown to improve patient outcomes for prostate cancer. The annual meeting is taking place from May 14-19 at the Walter E. Washington Convention Center in Washington, D.C.

In late 2010, the Canadian Journal of Urology published the first study to demonstrate that the use of the Calypso System in conjunction with adjuvant/salvage radiation therapy in the prostatic bed following radical prostatectomy is a safe and efficacious method for treatment targeting. Seventeen patients were implanted with Calypso’s Beacon electromagnetic transponders and treated with intensity-modulated radiation therapy (IMRT) monitored by the Calypso System. Treatment was well tolerated with no significant side effects. Genitourinary toxicity was noted in ten patients and consisted of Grade 1 and 2 frequency and dysuria. Nine of the 17 patients had at least six months of follow up after completion of treatment and all of these patients had undetectable PSA levels.

A May 2010 clinical study published in Urology reported that patients who underwent primary external beam radiation delivery monitored by the Calypso System experienced fewer prostate radiation side effects - including rectal, urinary and sexual dysfunction - than those undergoing conventional radiation therapy.

The Calypso System uses GPS for the Body technology to safely guide radiation delivery during prostate cancer treatment. Beacon electromagnetic transponders, smaller than a grain of rice, are permanently placed in a patient’s prostate or prostatic bed. Each transponder emits a unique radio frequency signal to the Calypso System, which then determines the exact location and motion information about the tumor target. Because the tumor can be accurately tracked and monitored, precise targeted radiation can be delivered to the tumor while sparing surrounding healthy tissue and organs. This is critical because any movement by a patient, including internal movement of the tumor, may cause the radiation to miss its intended target and hit adjacent healthy tissue. Calypso’s real-time position information allows physicians to safely deliver the maximum cancer radiation treatments directly to the tumor. The Calypso System, cleared by the U.S. Food and Drug Administration (FDA) for use in radiation therapy for the prostate and post-operative prostatic bed, has been used to treat more than 10,000 people worldwide.