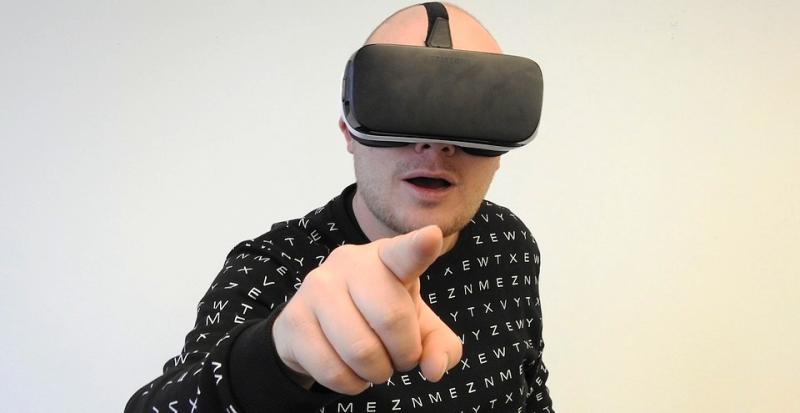 If we are to look forward to the development of smartphone technology for radiology applications, we might do well to look at virtual and augmented realities. For decades, radiology has fiddled with these.

The bromance began in the 1980s. It was an infatuation with rudimentary 3-D that progressed a decade later to “data gloves” whose wired sensors translated hand movements into virtual grips, turns and twists of objects.

At an RSNA that now seems a long, long time ago, I (along with many others) was invited into a radiological “CAVE” (CAVE Automatic Virtual Environment) in which I donned a helmet to see the simulated insides of a virtual patient. Those early attempts were updated last year at RSNA when a researcher asserted that smartphone technology could bring VR to mainstream radiology.

A lightweight mobile VR system powered by a high-tech smartphone with an ultra-high-density display can present computed tomography (CT) images stably and at diagnostic quality, according to Vasileios Moustakas, M.D., a radiologist at Evangelismos Hospital in Athens, Greece. Moustakas compared the view with the head-mounted display to being surrounded by a 175-inch mega screen.

Next Stop For Smartphones

Smartphones are advancing rapidly into consumer virtual space. Leading the way are Samsung with its Galaxy smartphones complemented by Oculus Rift (Gear VR) technology, and Google, which has sold millions of its Google Cardboard backed by rapidly multiplying apps that can be downloaded on Google Play. These are being followed by efforts within the gaming industry, namely Morpheus from Sony for its PlayStation and Vive from HTC and Valve.

Smartphone technology has taken the early lead in radiology. Moustakas described the ease with which a smartphone system could be applied to the interpretation of images. “Once the files are downloaded it takes less than a minute to wear the VR device and start viewing the CT images,” he said, noting that CT was chosen because the modality is heavily used in emergency departments. “The fact that it’s also mobile is crucial, because this technique can be used for remote diagnosis, avoiding the limitations of the relatively small displays of normal mobile devices.”

A consultant radiologist in the hospital and another radiologist using the VR system remotely reviewed images from 271 CT exams. Their assessments agreed in 97 percent of the cases. “Mobile virtual reality can make it easier for radiologists who want to have access to their examinations, even when they are on the move and away from their workstation,” Moustakas said.

His enthusiasm for the technology, notably, is based on a VR prototype. And getting too excited can lead to disappointment. An example of how high-flying expectations can slow the acceptance of an advanced technology happened in the early 1980s. The capabilities of digital subtraction angiography (DSA) were highly touted in the run-up to the commercial release of the first DSA products. The result was disappointment — and slower adoption of DSA than might otherwise have happened.

If smartphone applications raise expectations too much, might their shortcomings create a diminished perception of the potential of virtual reality in medical imaging?

How VR plays out in radiology may depend on whether smartphones or a more sophisticated core technology leads the radiological charge into the virtual world. A company called Technical Illusions has proven the feasibility of projecting 2-D MR images in three dimensions using augmented reality technology, called castAR, a capability demonstrated in a 35-second clip on YouTube.

The radiological application is just one of many being studied at castAR, which grew from R&D aimed in 2011 at gaming and entertainment. The company today has since broadened its focus to include tech and business but maintains the ambitious goal of making “mixed reality a reality for everyone.”

So which will be widely available first? Will smartphone VR follow more sophisticated systems in much the same way as smartphone displays followed PACS? Or will smartphone-based systems be introduced first?

And, if the latter happens, will limited capabilities define how VR is considered by mainstream radiology? Or will virtual reality using smartphones come with disclaimers, implicit or otherwise, that will keep expectations in check, thus allowing the technology to whet the appetite for more powerful virtual visualization?

They are questions without answers. For now.