Why We Love RSNA 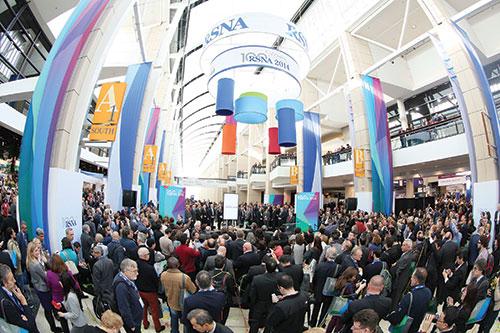 Sure, the Radiological Society of North America’s (RSNA) annual meeting disrupts Thanksgiving. And the cold wind coming off Lake Michigan makes it all the harder to leave family and friends. But it’s easy to love RSNA, especially the exhibit floor.

It’s how the world should be. Like Epcot Center. Neat. Ordered. Futuristic, yet grounded in the present with lots of amazing equipment already in use. Ah, the air of reality with a sense of what is yet to come.

In the afterglow of our uniquely American holiday, RSNA gives us the chance to continue giving thanks as it lines up the best and brightest of radiology. It’s all the better when we consider the heyday of radiology, when radiologists were king, when they could demand from administrators what they wanted, and vendors obliged with tours of what they had for sale — and what they might have soon.

It was a fun time. There were lots of parties. Limos circled events, pulled to the curb, their drivers happy to take you wherever you wanted. There were kitschy freebies — like the glow sticks hundreds (maybe thousands) hung from their necks to celebrate the arrival of color Doppler. And free drinks.

Those days have passed. Like the early days of a romance turned into a 30-year marriage. And, like the object of that romance, RSNA is still easy to love.

As this year’s Nobel laureate of literature crooned in his youth, the times they are a-changin’. RSNA has changed, but it’s still the place to see what’s new in imaging. This year, like the many preceding, we will see vendors continue their decades-long affair with patient-centric imaging, featuring technologies aimed at coming up with diagnoses quicker and more cost-effectively. Write it off to value-based medicine. The days of bells and whistles are done.

Sharing the driver’s seat at RSNA 2016 will be advanced and established technologies, each vaunted for their efficiency and effectiveness. Spectral and dual-energy computed tomography (CT) will ride high on the shoulders of their ability to determine definitively what ails the patient. At a similar altitude will be 64-and 128-slice scanners, hoisted for their capacity to perform every mainstream CT study.

Enterprise imaging will expand the reach of radiology with new workflows, rules and virtual conferencing that promise to bridge the gap between radiologists and other specialists. Picture archiving and communication systems (PACS) will be more versatile and scalable with modules added à la carte.

Magnetic resonance (MR) will get faster, especially of the central nervous system. Wireless technologies will become more prevalent and impactful. The cloud will become more prominent. But security, on everyone’s minds after the frightening wave of internet attacks this fall, will cause even the most strident advocates of new age informatics to hesitate … a little.

Vapor On The Wane

The days of vaporware — works-in-progress that have little chance of getting to market soon — are waning. The competition that once drove vendors to prematurely unveil technologies has diminished, allowing us the time to appreciate how far imaging has come.

It’s amazing to me the innovation that has become old hat. We should revel in it — love how it has changed the practice of medicine, and how it may yet do so. This year breast tomosynthesis will continue efforts to leap from the diagnostic mainstream to screening. CT, having gone from horizontal to vertical with a product now cleared by the FDA, may change the practice of orthopedics.

Ultrasound will take another stab at contrast enhancement (CE), as elastography wends its way into routine practice. (While CE ultrasound probably won’t be demonstrated at RSNA, other forms of this modality will — and for the first time in the history of the exhibit floor.)

Yes, like Don Draper, new offerings at this year’s RSNA will depend a lot on presentation. And there will be more than enough hype to go around. But chances are good that what we see at booths will become reality. Eventually. And that, amid so much that has already been achieved, is glorious.

What’s not to love.