Where Are Radiology’s Film Stars of Yesteryear? 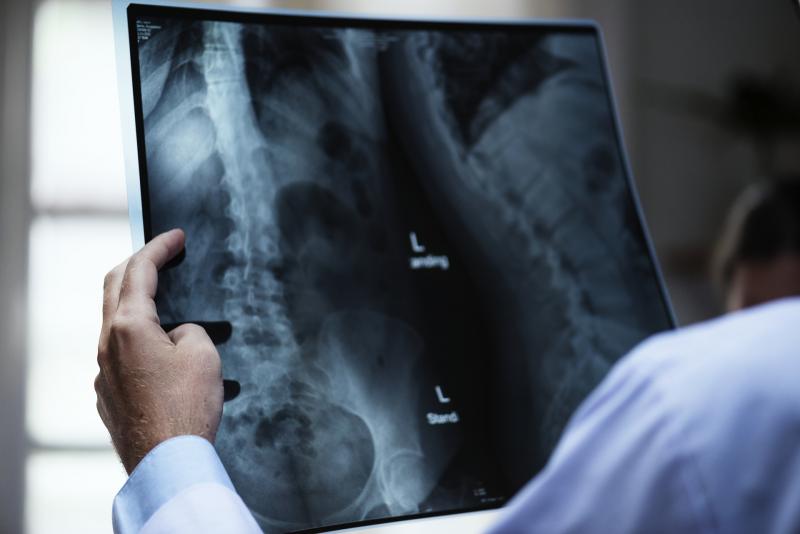 Eventually the future moves into the past, and we move on. But some of us wax nostalgic. Soft-copy reading deserves a bit of that.

For those who don’t know, soft-copy reading was the interpretation of radiological images on display monitors. Its alternative, interpreting hard-copy, was the reading of images printed on film.

Today soft-copy reading is the norm — so much so that few (if anyone) even refers to it by its decades-old name. The reason, I think, is because the alternative has largely disappeared along with medical film.

So successful has soft-copy reading become that you might ask why its use was even an issue. Why would anyone — much less a whole community of highly educated people — turn a digital technology into an analog one? In other words, why would anyone print digital images on film? Thirty years ago, these questions were relatively easy to answer.

Film was the go-to medium back then for the display and interpretation of radiological images. It was time-tested. It had been in use since the time of Roentgen. And there was reason to question the diagnostic veracity of electronic displays.

The primary component of display monitors — cathode ray tubes — could vary markedly in performance. Age mattered a lot. This was much different from film, which remained unchanged years after it was “fixed.”

That is why, since the commercialization of CT and MRI, images from these two modalities had been printed on films. If radiologists were going to base interpretations on soft-copy reading, it had to be proven to be at least as good as the gold standard.

Keep in mind, this was long before the flat panel monitors in common use today; long before algorithms for enhancing images; long before multi-slice and volumetric imaging made film use impractical.

The logic behind printing digital images on film took an odd turn with the development of printers specifically for MRI and CT, ones that used “dry” film, which — by definition — didn’t need “wet” processing. Using just heat (or a combination of heat and light), these printers could be located just about anywhere in a medical facility, right next to an MRI or CT scanner, for example.

The methodology was explained in an article titled “Digital Film Processing: A Comparison of Wet and Dry Processing Methods” in the August 1996 issue of Health Devices. Dry film images were processed “by the films themselves,” the authors wrote.

Within a few years, however, soft-copy reading won out and dry film disappeared. This was due, in large part, to the commercialization of CT multi-slice scanning, when dozens became hundreds, then thousands of images produced during a typical study.

Soft-copy reading is rooted in the birth of the modern computer, which goes back to the 1940s. Thirty years later computed axial tomography was born. CAT — which became CT after “axial” was dropped from the name — was followed by PET and MRI, digital ultrasound, then computed and (finally) digital radiography. All enabled PACS to varying degrees.

PACS opened the door to enterprise imaging. The increasingly digital nature of medical imaging provided the basis for today’s application of artificial intelligence.

They were all part of the digital revolution — a revolution that pulled radiologists out of darkened reading rooms and medicine into the 21st century. In recent years, digitalization has promised that radiologists would no longer be relegated to being “doctors’ doctors.” They were to become members of a patient care team.

But it has been a bittersweet revolution. As “value” ascended the hierarchy of decision making, reimbursements fell. And old ways of working began to change. On-site information technologies began giving way to the cloud. Smart algorithms have begun driving automation. In short, the low-hanging fruit has been plucked.

Today the medical world is in flux. New and enhanced products must meet clinical needs. Being clinically relevant has been built into the definition of value.

Inherent is the goal of satisfying both providers and patients. When it comes to technology, this is achieved through optimization — a balancing act with clinical objectives on one side of a teeter totter, price on the other, and efficiency as the pivot.

In this modern world of medicine, the corporate landscape has shifted tectonically. Gone are many of the small innovators — snapped up by huge conglomerates in corporate mergers and acquisitions. Film companies have morphed into developers and vendors of IT or X-ray equipment — or both.

Looking back, this transformation makes sense. Companies that once buttered their bread with revenue from film evolved naturally to the next level of storage and display — information technology. So too did many who — rightly so — saw digital X-ray defined by the digital technologies that made film obsolete.

This transformation would not have happened if not for the battle over soft-copy reading. We might think the outcome should have been predictable. But it could not have been — not without knowing how the myriad factors shaped by the digital age would impact medical imaging.

Among the lessons learned is the importance of timing. For the most part, medical imaging played it just right.

Clearly the trick is to be on or just a little ahead of the curve. Get too far in front and the result is impracticality. Get too far behind and you risk obsolescence.

To get to the sweet spot where soft-copy reading was widely accepted, radiology had to prove its value. There had to be a need for its adoption (for soft-copy reading, this was multi-slice CT followed by volumetric imaging seen today in all major modalities, even mammography). And enabling technologies had to be available (e.g., solid-state monitors and image processing software).

That is what turned soft-copy reading into what it is today. Similar confluences will be needed to successfully transform current efforts.

When done right, the future turns into the present so subtly that it makes you wonder what the hubbub was about.