Technology Can’t Do It Alone

We are a nation in search of simple solutions. We want silver bullets to slay whatever ails us. Value-based medicine is one of those bullets.

By putting the patient first, it promises to remedy the shortcomings that have caused healthcare in the U.S. to fall short of reliably providing services to all who could benefit. But, if it can do so at all (and that remains the subject of debate), value-based medicine will not do so simply.

It is comprised of multiple elements that only together can make medicine more efficient, more cost-effective and patient-centric.

Ironically, the current fee-for-service system was founded on the same noble idea as value-based medicine. Its intent was to take the financial burden from patients. But compromised by years of uncontrolled expansion, the system has led to spiraling costs that have made the achievement of patient-centric medicine all but impossible. It has, however, created arguably the most comprehensive and distributed base of imaging services anywhere in the world.

How to throw out the bathwater and keep the baby? Government is trying to do so by administering financial alternatives to fee-for-service, ones that reward frugality, yet maintain quality of care. The problem? While everyone agrees that value-based medicine is the way to go, the term itself is difficult to define. That is especially so in radiology.

Breaking it down into its three core elements would seem to help. But it helps only so much, especially when imaging is considered. From the patient perspective, achieving a clinical outcome as good or better than currently done would seem essential. But radiology is fundamentally a diagnostic discipline. Just finding the problem does not ensure a better outcome.

Uncovering an incurable form of cancer, no matter how early, has no effect. Similarly, incidental findings — if treated aggressively — may do more harm than if they were not found, particularly if those findings are of slow-growing pathologies that may, or may not, develop clinically. Then there is the use of ionizing radiation and its much debated role in causing cancer. And what about gadolinium-based contrast media and its association with the development of NSF (nephrogenic systemic fibrosis)? What level of risk is acceptable for the occurrence of NSF and cancer due to exposure to ionizing radiation? For that matter, how much patient discomfort is acceptable to obtain a diagnostic image? Consider the case of a claustrophobic patient. Is the risk posed by anesthesia acceptable? And at what level?

Value-based medicine is on much firmer ground when it comes to operational and financial consideration, particularly as they relate to radiology. Improved efficiency promises to allow radiologists to expand their practices — to become more involved in patient management as part of the care team; to do more with the same — or even fewer — resources, so as to expand beyond the role of finding and localizing disease. Operational improvements naturally lead to improved cost-effectiveness in terms, for example, of increased throughput and greater revenue. But this only applies if a care team is amenable to bringing the radiologist onboard. And, as regards increased productivity, a backlog of patients is needed to achieve increased throughput.

But benefits go beyond these. Faster MRI exams, as might be achieved through Compressed Sensing (whereby less information is acquired, but done wisely so as to get only the necessary data points) mean increased patient comfort. Workflows might be improved to allow increased contact between technologist and patient, as in the case of CT controls at the gantry rather than in a separate control room. Or “on-demand” dual-energy CT that captures data at different energies for future use if and when they are needed to make a definitive diagnosis.

This is truly disruptive innovation. Its selective implementation might nudge radiology closer to value-based medicine. But it will not be the technology so much as the combination of people and technology.

To achieve this critical pairing, we have to acknowledge that, while technology has profoundly improved medicine over the years, what it can do by itself is inherently limited. This is apparent in oncology.

Cancers often extend beyond their radiologically defined boundaries, as exemplified in neuroblastomas. And pathologies associated with some cancers, those of the breast, for example, are not equally threatening or well understood. Yet, there is a tendency to gloss over these limitations, especially when dealing with patients or the public in general, particularly in the case of screening programs. (Except in breast cancer screening, nowhere in healthcare are apparently healthy people purposely — and regularly — exposed to a cancer-causing agent.)

As we enter this new age of pay-for-performance, it is important to recognize that just improving performance does not necessarily increase patient benefits. We need to be exceedingly careful in how we apply technology and define the goals underlying their use.

It’s laudable to increase efficiency in radiology — but it is pragmatic to do so only for purposes that are beyond reproach. With increased efficiency may come increased cost-effectiveness. Patients may benefit from this, if accompanied by consumer-driven aspects — transparency in the prices of scans so as to create a competitive marketplace supportive of patients struggling to handle rising deductibles; timely and convenient care achieved through extended hours, online scheduling and strategically placed sites that reflect the needs of patients.

Can the sharing of data seen in enterprise imaging provide radiologists the details that will help them form diagnoses? For example, when the referring physician writes “liver mass” as the reason for a scan, could a smart algorithm cull data from physician notes so as to show the patient previously had cancer and that the mass might be a metastasis?

Can appropriateness criteria be devised that match the scan to the needs of the patient — scheduling the claustrophobic on an open MRI, for example, to maximize the chance of scan completion without costly anesthesia.

In itself, technology is not a solution. It is a tool that needs to be judiciously applied by smart people who seek tightly defined goals.

If that is not done — if we put too much stock in technology as the way to achieve value-based medicine — it won’t be long until we are asking why technology failed us. 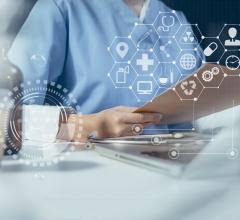 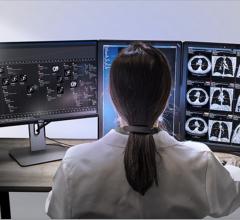