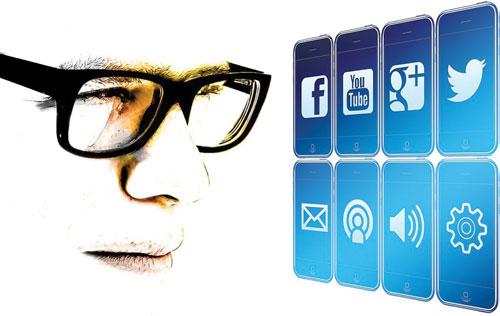 Ask anyone from Pokemon Go players to BlackBerry diehards. Smartphones have a lot to offer. That potential may be expressed in high-tech apps or decidedly low-tech speech.

Thousands of smartphone applications are floating in cyberspace, ready for download. A few of the most advanced send images to radiologists, regardless of where they are, extending the reach of picture archiving and communication systems (PACS) and teleradiology. These are zero-footprint viewers, such as the Carestream Vue Motion, which uses a Web browser or information embedded in an electronic medical record portal, and ResolutionMD (Calgary Scientific), an enterprise image viewer that securely displays patient images.

Others promise increased access to medical images and clinical references, detailed medical education and better decision-making. Many have been created specifically for radiologists. They may cost a few bucks — or nothing at all.

And there are other ways that smartphones help radiologists — connecting radiologists with referring physicians. It may be through voice or video, or e-mail, instant messaging and texts.

Heightening the interest in radiology applications may be a sense of discovery, as in the prospect of finding a gem. Or maybe it’s getting something of value for next to nothing. Myriad apps and their prices are described on the Association of University Radiologists website (www.aur.org/Secondary-Alliances.aspx?id=181).

Diagnostic Radiology (Version 1.3, iTunes) promises a dynamic approach to abdominal radiology. The app, which is priced at $45, is described as fully interactive. It offers extensively annotated, real clinical datasets that illustrate key concepts in abdominal anatomy and pathology.

Radiology Toolbox Pro (Version 2.00.02, iTunes) is a collection of charts, diagrams and calculators used in radiology reading rooms. It costs about $4. Its developer, Eric M. Baumel, a practicing radiologist, said the app is designed for everyday use by practitioners in and outside radiology, as well as students.

Prices for Radiopaedia (Version 1.1, iTunes) range from a couple bucks to $4. These several versions evolved from a series of Radiopaedia.org teaching files. They can be downloaded to suit any of several interests from those addressing chest X-rays to images of the musculoskeletal and central nervous system. The app allows users to view cases they can then attempt to interpret. Each provides questions, explanatory text and reference articles.

Radiology 2.0: One Night in the ED (Version 1.0, iTunes) is free. It presents teaching files that can be used to simulate reading computed tomography (CT) scans at a PACS workstation.

Lung Cancer Screening Guide with Lung-RADS (Version 3.0.2, iTunes), described as being a simple, intuitive and “uncompromising” tool for streamlining lung screening workflow, is free. It is designed to be an interactive adaptation of guidelines, disseminated by the American College of Radiology and the Fleischner Society, that address how to assess and manage radiographically detected pulmonary nodules.

Can You Hear Me Now?

Research published April 29, 2014, in the Journal of the American College of Radiology indicates that cellular phone conversations with radiologists can help neurologists form differential diagnoses. In the research, radiologists and referring physicians reported increased satisfaction after these conversations. Neurologists were especially pleased. Demonstrating the utility of cell phone interaction was the frequency of conversations between neurologists and radiology residents, according to the published research — three and six such discussions per night.

Anecdotally, the operator of three outpatient medical imaging centers in California, Radiology Associates, stated in its March 2015 newsletter that referring physicians often want to discuss exams or have the radiologist pay attention to specific clinical detail. “Unfortunately, contacting a radiologist can be a time-consuming endeavor for a busy referring physician,” Olson wrote. Calls to the front office and even to reading rooms can go unanswered.

“The ideal way for a referring doctor to communicate with the radiologist is through the radiologist’s cell phone, equipped with capabilities for voicemail, text message and e-mail,” wrote Erik M. Olson, M.D., of Radiology Associates.

Discussing, reading texts — and interacting with images — can be done in different ways, but none so efficiently or conveniently as with smartphones. Driving this evolution has been the widespread adoption of smartphones. How smartphones might influence future radiological practice, therefore, may depend on how they evolve.

Presenting a tantalizing prospect are virtual and augmented realities, which are penetrating ever deeper into consumer electronics. It is interesting to note, however, that despite the many alternatives already available, the spoken word is still very effective.