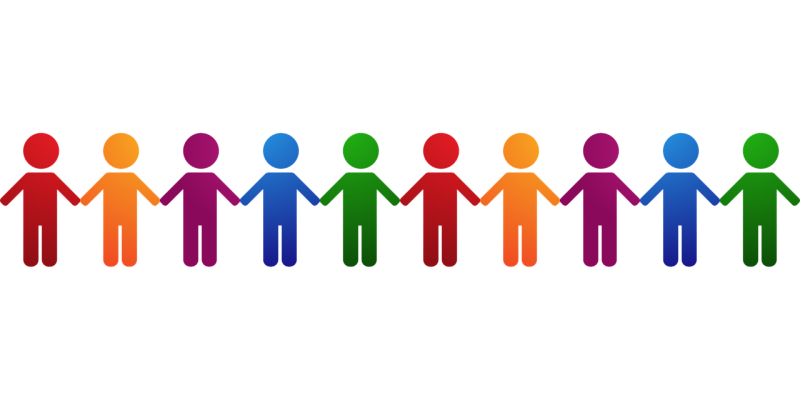 Want to be a super expert in radiology? Join a swarm.

A start-up company called Unanimous AI wants to use a computer algorithm to turn the individual talents of a group into an artificial intelligence. Called swarm AI, it is a better bet than machine intelligence, says its creator, Louis Rosenberg, Ph.D.

His logic is hard to argue with.

Swarm AI builds on the millions of years of evolution that have led to human intelligence. And it has none of the drawbacks of creating smart machines — a likely reticence of the FDA to approve the use of non-human diagnosticians (see “Will the FDA Be Too Much for Intelligent Machines?”) and the chance that smart machines might dominate the human race into oblivion (“Stephen Hawking, Elon Musk, and Bill Gates Warn About Artificial Intelligence”).

The potential for improved decision-making without the risks of machine intelligence make swarm AI an attractive alternative to machine learning. Now in beta testing, swarm AI could emerge commercially this year.

Radiologists could be among the first to benefit. Swarm AI has already proven effective in radiological applications.

In one study, a collective intelligence of radiologists reduced false positives and false negatives when interpreting mammograms. This swarm AI overcame “one of the fundamental limitations to decision accuracy that individual radiologists face,” the authors concluded. Their study demonstrated that the collective or swarm intelligence could improve mammography screening and has the potential to improve many other types of medical decision-making, “including many areas of diagnostic imaging.”

In another study, a dozen radiologists increased their ability to diagnose skeletal abnormalities correctly. The researchers reported that the “algorithm’s accuracy in distinguishing normal vs. abnormal patients was significantly higher than the radiologists’ mean accuracy.”

You can argue that the real world doesn’t have the luxury of bringing groups of radiologists together to develop a consensus on every case. Sooo .. don’t use swarm AI in every case, Rosenberg retorted.

Routine studies could be interpreted by individual radiologists who, when stumped by a complex case, tag it for later study by the swarm. This would improve diagnosis, while empowering team members.

Rather than polling members, as in a vote, swarm AI uses a cyber “puck” that members of the group constantly pull or push. The puck moves in real-time on the computer screens viewed by the group toward or away from different possibilities. It does so depending on the beliefs and conviction of group members about the correctness, for example, of a diagnosis.

“They are all at the same time watching the members of the group express their conviction, where the group converges on the decision that optimizes their collective will,” Rosenberg said.

Swarm AI is distinct from voting in that once members of a group have cast their votes, the process is over. “Votes just reveal the differences in the group,” he said. “Swarm AI helps the group come to a decision.”

Swarm AI amplifies human intelligence, raising the question: Why create an intelligence that “will not share our interests and would likely be as foreign from us as an alien intelligence?” Rosenberg askrf. Why, indeed, spend the time, money and effort to synthesize intelligence, he asks, when exactly what constitutes intelligence is up in the air.

“I think the people who are really excited about conventional AI systems underestimate what doctors are really doing (when they make diagnoses). There is more to it than just simple rule-based decisions,” Rosenberg said. “With swarm AI, we are trying to have the benefits of amplified intelligence while keeping human sensibilities and human values and human interests deeply ingrained in the system as opposed to just replacing them.”

To promote swarm AI, Rosenberg last year founded Unanimous AI with the goal of enabling groups to “think together.” With this, Rosenberg borrows a page from nature’s playbook wherein a species can accomplish more by participating in a flock, school, colony — or swarm — than they can individually. Unanimous AI offers the unique infrastructure, he said, by which people can form intelligent swarms.

“We know that groups are smarter than individuals and we also know that nature has addressed this by having swarms (of animals) make optimal decisions,” he said. “We are just connecting people in a way that can harness their diverse perspectives and opinions and knowledge.”

Rather than taking people out of the decision-making loop, swarm AI would make them a critical part of it.

And it offers the ultimate off switch.

Take the humans out and the AI … disappears.

Author’s note: Check out a 1-minute 20-second video to see how swarm AI works. Or sign up as a user. The algorithm runs from 9 to 10pm EDT each of three days a week. Monday is “happy hour,” during which users can pursue topics from gaming to politics. Wednesday is for fantasy football; Friday for technology and futurology.