It’s been no secret that the American healthcare system needed to change to survive economically into the future, but the question has been how this massive undertaking could be accomplished. The Affordable Care Act (ACA) was born out of concern over annual healthcare expenditures growing at unsustainable rates, projections that Medicare would no longer be able to pay its bills in the coming years and data showing that other countries offer higher levels of care at lower costs per patient. While the bill has created a firestorm of controversy and dissent, it does outline a pathway to overhaul the current method of conducting business to a healthcare system based on empirical data and workflow efficiency. These aims are slowly being achieved through the use of health information technology (IT).

Despite its faults, if nothing else the ACA has forced all providers to finally abandon archaic paper, film and CD filing systems and to adopt new electronic medical record (EMR) systems (PACS, CVIS and ECG management included) to make patient data more accessible and to improve turnaround times. Healthcare has generally failed to take full advantage of computing power to improve business efficiency like most other industries over the past three decades, and it took a federal mandate to force the issue.

Five years into ACA and HITECH healthcare reforms (about $20 billion of which was earmarked to improve IT infrastructure) a technical framework is emerging that will enable the next phase of the reform process, where data and interoperability will play a central role. In January, the Department of Health and Human Services (HHS) announced measurable goals and a timeline to move the Medicare program, and the U.S. healthcare system at large, toward paying providers based on the quality, rather than the quantity, of care they give patients. HHS has set a goal of tying 30 percent of traditional, or fee-for-service, Medicare payments to quality or value through alternative payment models, such as accountable care organizations (ACOs) or bundled payments, by the end of 2016. This will be increased to 50 percent of payments tied to these models by the end of 2018. HHS also set a goal of tying 85 percent of all traditional Medicare payments to quality or value by 2016 and 90 percent by 2018 through programs such as the Hospital Value Based Purchasing and the Hospital Readmissions Reduction Programs. This is the first time in the history of the Medicare program that HHS has set explicit goals for alternative payment models and value-based payments.
The reasoning behind the changes is to give providers a financial incentive to better coordinate care for their patients, who are therefore less likely to have duplicate or unnecessary X-rays, screenings and tests. The hope is also for providers to give better care prior to a patient getting sick enough to require an emergency room visit, hospital admission or re-admission, which are major drivers in rising U.S. healthcare costs.
In 2011, Medicare made almost no payments to providers through alternative payment models, but today such payments represent approximately 20 percent of Medicare payments. The goals announced represent a 50 percent increase by 2016. To put this in perspective, in 2014, Medicare fee-for-service payments were $362 billion, HHS said.
The HHS Office of the National Coordinator for Health Information Technology (ONC) in February released Connecting Health and Care for the Nation: A Shared Nationwide Interoperability Roadmap Version 1.0. The draft Roadmap is a proposal to deliver better care and result in healthier people through the safe and secure exchange and use of electronic health information. The draft roadmap is based on a core set of building blocks that are needed to achieve interoperability:
1.  Core technical standards and functions;
2.  Certification to support adoption and optimization of health IT products and services;
3.  Privacy and security protections for health information;
4.  Supportive business, clinical, cultural, and regulatory environments; and
5.  Rules of engagement and governance.
The draft Roadmap builds on the vision paper, "Connecting Health and Care for the Nation: A 10-Year Vision to Achieve an Interoperable Health IT Infrastructure," issued in June 2014. Months of comments and feedback from hundreds of health and health IT experts from across the nation through ONC advisory group feedback, listening sessions and an online forum aided in the development of the Roadmap.
The public comment period for the draft Roadmap closes April 3, 2015. The public comment period for the Standards Advisory closes May 1, 2015.
For more information: www.healthit.gov/interoperability 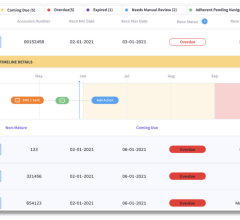