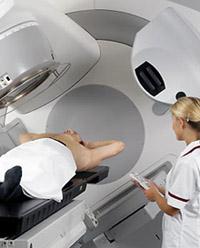 The American Society for Radiation Oncology (ASTRO) has released evidence-based guidelines to define appropriate fractionation of whole breast irradiation (WBI), finding that hypofractionated (HF) WBI is effective for many patients with early-stage breast cancer. These guidelines are published in the International Journal of Radiation Oncology Biology Physics, the official journal of ASTRO.

HF-WBI is a type of WBI that uses a higher dose for each treatment but fewer total treatments, so patients can typically finish radiation in four weeks or less. Several trials have found little difference in the local control and survival outcomes for selected patients treated with either conventionally fractionated radiation (CF-WBI) or HF-WBI.

Despite its effectiveness, conventional fractionation has some drawbacks, including the inconvenience associated with undergoing treatment for a long period of time.

The task force concluded that HF-WBI is just as effective as CF-WBI for early-stage breast cancer patients who meet specific criteria. These criteria include age 50 years and older, stage T1-2 N0, not receiving chemotherapy, relatively uniform delivery of the radiation dose and the ability to exclude the heart from the path of the radiation beam.

"Widespread adoption of HF-WBI for appropriately selected patients has the potential to enhance the convenience of treatment and lower the costs of WBI," Benjamin D. Smith, M.D., lead author of the study and a radiation oncologist at the University of Texas M.D. Anderson Cancer Center in Houston, said. "For patients where the data to support HF-WBI are not as strong, HF-WBI can still be considered an option but further research is needed."