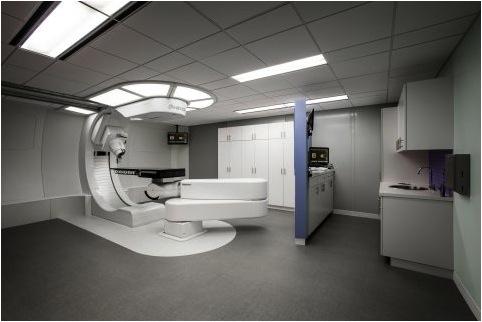 “The Mevion S250 proton therapy system has been an extremely valuable addition to our cancer center and an important treatment option for our patients, particularly those with tumors in sensitive areas such as the brain or spinal cord,” said Scot Ackerman, M.D., radiation oncologist and medical director of Ackerman Cancer Center. “We are thrilled to begin installing a second Mevion system and to be among the first centers to receive Hyperscan pencil beam scanning technology. Tumor motion and substandard penumbra have limited the use of pencil beam scanning delivery, but with Hyperscan, these limitations are simply eliminated.”

ACC is the world’s first private, physician-owned cancer center to offer proton therapy, an advanced form of radiation therapy that targets cancer cells more precisely than traditional photon radiation treatment and results in less damage to surrounding healthy tissue and organs. The center has treated patients with a variety of cancers, including brain, breast, esophogeal and lung.

Construction of ACC’s second proton therapy bunker will take place in 2016. The superconducting synchrocyclotron accelerator, a core component of the proton therapy system, will be delivered to the center in late 2016. It is expected to begin treating patients in 2017.