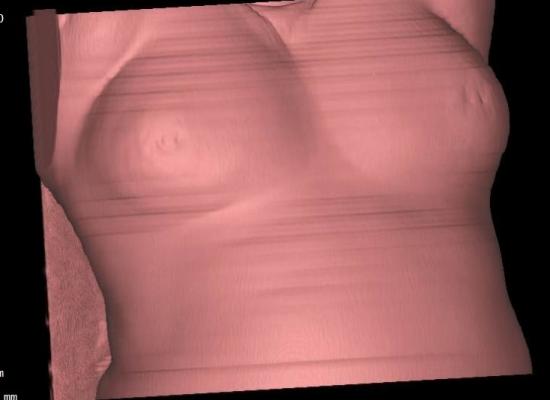 Researchers at two leading U.S. breast centers recently completed a study which explored whether women attending screening or surveillance mammography wanted to know their breast cancer risk and how much detail they want. Results of the study, “Screening Mammography: Patient Perceptions and Preferences Regarding Communication of Estimated Breast Cancer Risk,” recently published in the American Journal of Roentgenology (AJR) (DOI:10.2014/AJR.16.16779), suggest that most (86 percent) of women want to be informed.

Women attending screening or surveillance at two breast imaging centers were asked to complete a questionnaire about their perceptions and preferences regarding communication of estimated breast cancer risk.  They were asked whether they were interested in knowing their estimated risk, and how they would like this information communicated depending on their hypothetical lifetime risk: "high" (20 percent or higher lifetime risk) or "average" (<20 percent lifetime risk).  With a response rate of nearly 50 percent, 503 women completed the survey.  While 86 percent of women expressed some level of interest in being informed, only 8% had ever received any formal risk assessment in the past.  Women identified as being at high risk, preferred to be informed through a face-to-face conversation; women identified as being average risk, indicated that they would be satisfied being informed through a letter.

Of the 503 respondents, 50 women (10 percent) indicated they were not interested in their risk, and another four percent did not answer that survey question. When women provided a specific answer for their lack of interest, most of that group (35 percent) cited a previous breast cancer diagnosis; 12 percent felt they were already aware of their risk, based on their family history; 12 percent referred to their advanced age; and 9% were concerned about anxiety or fear of bad news. Of the women who have previously had breast cancer, a significantly lower portion (60 percent) was interested in knowing their risk, compared to women with no history of the disease (91 percent).  Similarly, women who have previously received a breast biopsy, received a formal risk assessment, were older, had lower income or attended mammography less frequently were less likely to be interested in their risk.

Many models exist to estimate a woman’s risk of development of breast cancer, such as Gail, BRCAPRO, and Tyrer-Cuzick. At screening mammography, imaging centers can collect data required for these models to identify women who may benefit from referral to a high-risk clinic and consequently, supplemental screening. According to the researchers, the results suggest that the potential exists for women to undergo a preliminary "screening" risk assessment at the time of screening mammography, which would identify women who should undergo a more detailed, formal risk stratification. Women found to be at high risk, could then be referred for genetic counseling and supplementary imaging, as needed.

“When more than 90 percent of women indicate an interest in knowing their estimated risk of developing breast cancer and less than 10 percent have actually received a formal risk assessment, there is clearly a huge gap in meeting women’s information needs,” said Ralph Highnam, Ph.D., Volpara Solutions CEO and Chief Scientist.  “This is another example of the growing interest in implementing personalized screening strategies based on a woman’s individual risk factors.  The integration of volumetric density percentage into the Tyrer-Cuzick risk model is a critical step in improving risk prediction, which helps women make decisions about screening and their breast health.”