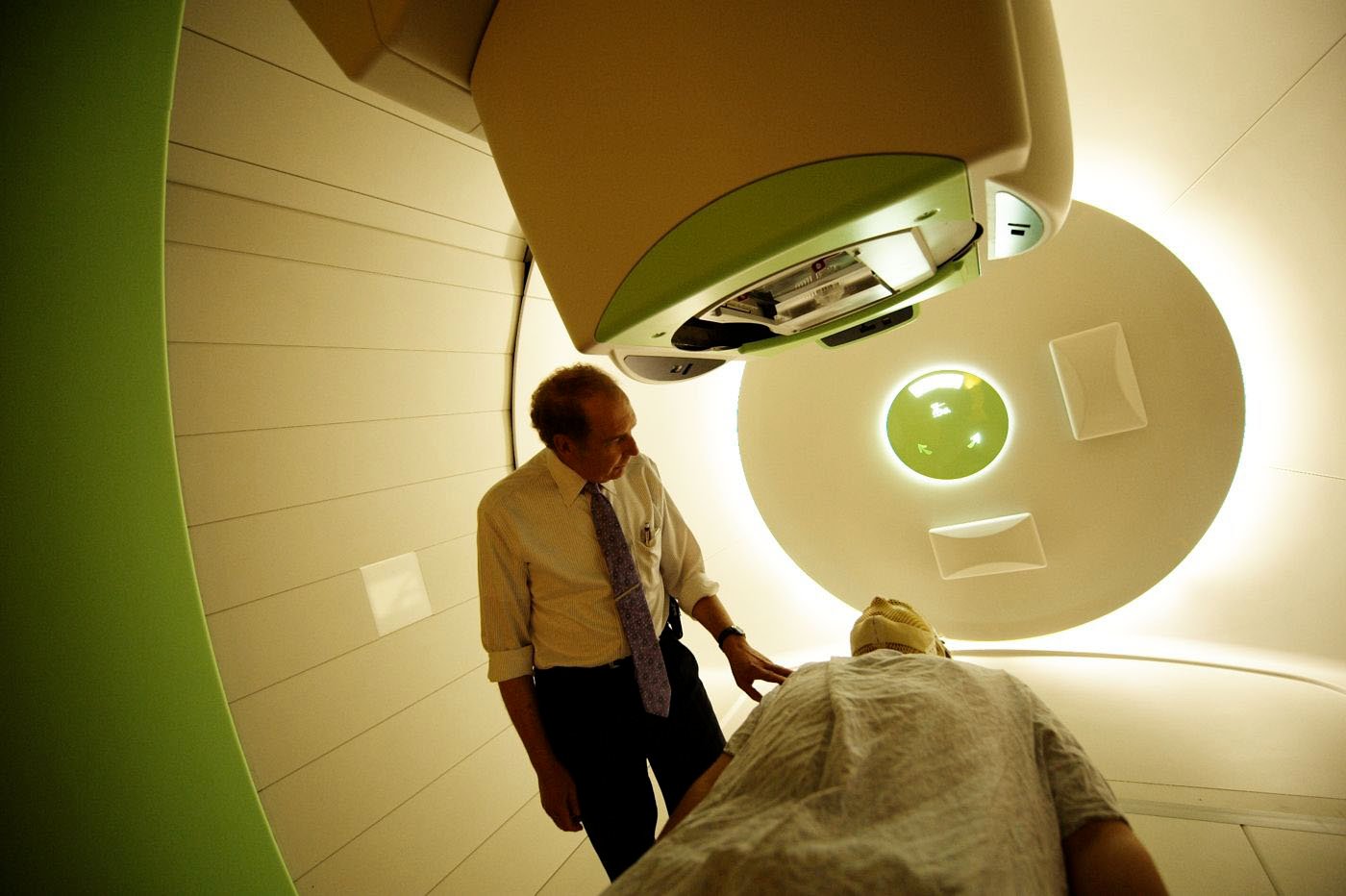 August 21, 2013 — Proton therapy, using high-energy subatomic particles, may offer a precise, organ-sparing treatment option for children with high-risk forms of neuroblastoma. For patients in a new study of advanced radiation treatment, proton therapy spared the liver and kidneys from unwanted radiation, while zeroing in on its target.

Owing to collaboration between Children’s Hospital and radiation oncologists at Penn Medicine, the Roberts Proton Therapy Center, where the study was conducted, is the first proton therapy facility in the U.S. conceived with pediatric patients in mind from the earliest planning stages.

Protons, the positively charged particles in an atom’s nucleus, are used in therapy to destroy DNA in tumors and prevent cancer cells from multiplying. In children, this therapy is often used against spinal tumors. CHOP has recently been directing protons at neuroblastoma, long a special focus of the Hospital’s clinical and research programs.

In planning radiation treatment for each child, the study team determined that 11 patients should receive proton therapy, and that two other patients, because of their specific anatomy and the location of their tumors, should receive intensity-modulated X-ray therapy (IMXT). In IMXT, radiologists sculpt the radiation emitted from 7 different angles to modify radiation dosages in and around the targeted area.

None of the 13 patients had local disease recurrence or acute organ toxicity. For 11 of them, proton therapy provided the best combination of target coverage and organ sparing. “Protons are heavier than the particles in X-rays and have more stopping power,” said Hill-Kayser. “They deposit 90 percent of their energy precisely at the tumor site, with nearly zero radiation away from the tumor. That protects healthy organs—which, as growing tissues, are especially vulnerable to radiation damage in young children.”

The fact that individual characteristics made IMXT preferable to proton therapy in two children, said Hill-Kayser, underscores the need to meticulously customize radiation treatment to each patient. Overall, the current study shows that proton therapy should be considered for children with high-risk neuroblastoma.