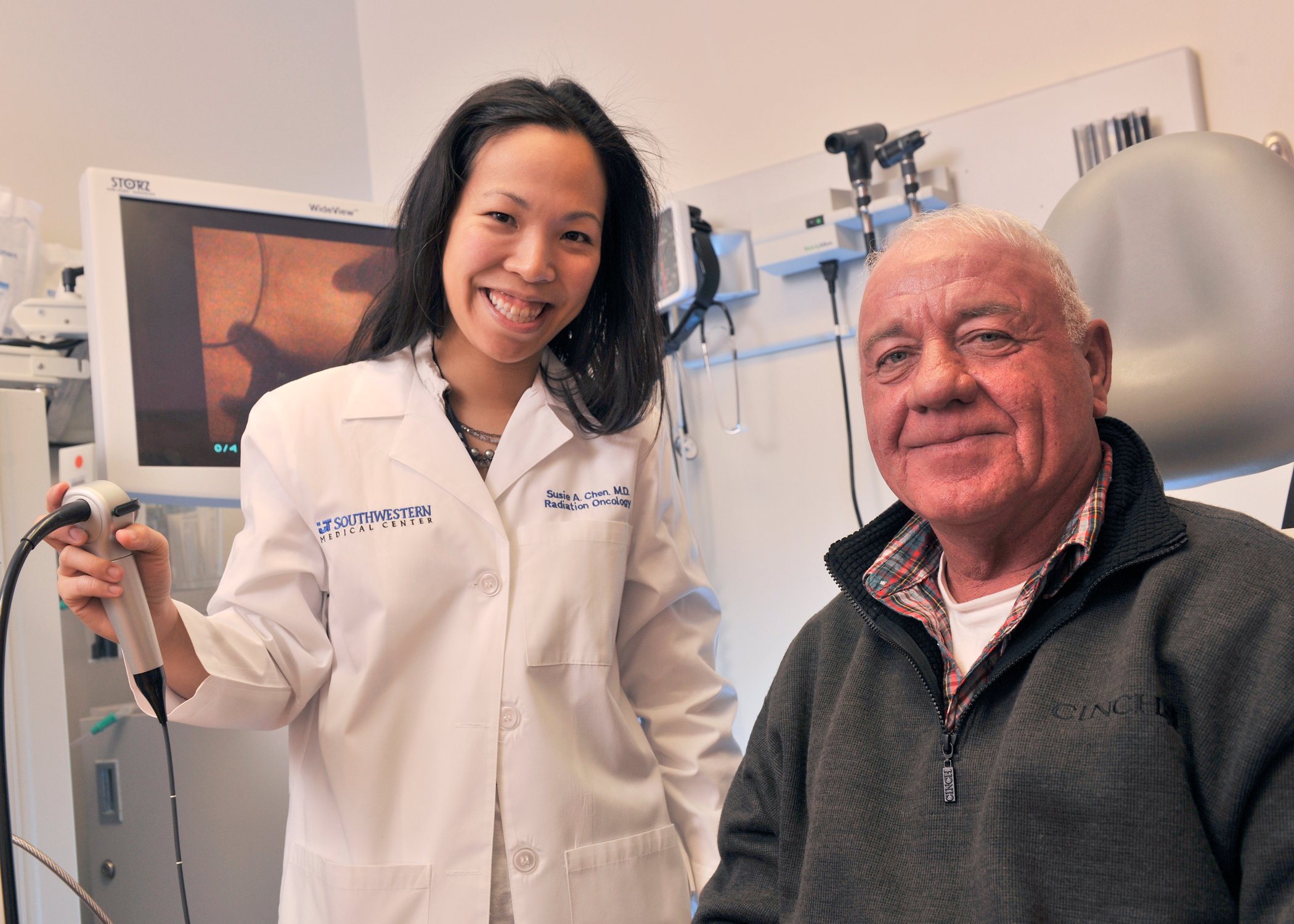 April 10, 2014 — Stephen Wiley of Terrell, Texas, is the first known patient to be treated for vocal cord cancer with the CyberKnife robotic radiosurgery system from Accuray, announced officials from the University of Texas Southwestern Medical Center.

The 59-year-old Wiley’s vocal cords were deteriorating until one day his voice reduced to a whisper. Doctors found tumors in both his vocal cords, and referred him to UT Southwestern, where he met with Larry Myers, M.D., assistant professor of otolaryngology-head and neck surgery.

Six doctors had to unanimously agree that Wiley was a good candidate for the procedure, which he said gave him confidence that the CyberKnife trial was right for him. The $7 million CyberKnife has a small linear particle accelerator and a robotic arm that allows it to treat tumors on any part of the body with radiation. There were no previous records from Accuray or in medical literature of the robotic device previously being used to treat vocal cord cancer.

“We’re in a very unique situation at UT Southwestern where we have the tools to do it. It takes a lot of collaboration between the surgeons and the radiation doctors to actually get that done. The technology just hasn’t been there until recently,” said Susie Chen, M.D., assistant professor of radiation oncology, who oversaw Wiley’s treatments.

Patients must be as still as possible for the CyberKnife treatment to be precise, but vocal cords move when people breathe and swallow, presenting a unique challenge in using the precision robot. Sumer injected tiny bits of gold into the patient’s neck for the CyberKnife to track so the robotic arm could adjust to even the slightest movements. The patient’s head also was covered with a mesh mask that held him still.

“With the CyberKnife, it’s real time. When something moves, it’s actually moving. We adjust to the movement,” Chen said. “The whole time you’re getting treated, there are little X-rays that are being done that allow the machine to lock on to these little gold markers that are placed near the vocal cords. You lock on to a target.”

“What we’ve done is taken a treatment that takes five and a half weeks, and we’re decreasing it,” Chen said. “The true goal of this study is to maintain excellent cure rates while decreasing the time of radiation and side effects. That’s the biggest thing – ease for the patient.”