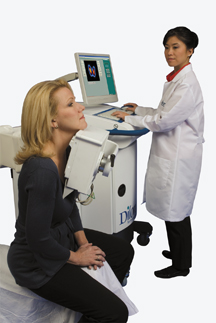 The Dilon 6800 breast-specific gamma camera by Dilon Technologies has the resolution to provide very early detection of small lesions.