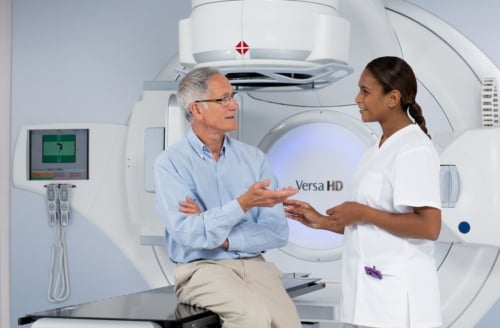 July 16, 2013 — The U.S. radiation therapy market appears to be rebounding after a major decline in 2009, with radiation oncology centers budgeting more money for capital equipment purchases this year compared to four years ago, according to a new study published by IMV Medical Information Division.

The average capital equipment budget per site for 2013 is 30 percent higher than the average 2009 budget, according to IMV's 2012/13 Radiation Therapy Market Summary Report. The report also found that patient volume has been relatively stable over the years. “The estimated number of courses of treatment — a measure that corresponds to patient volume — was at a level of 965,620 in 2012,” observed Lorna Young, senior director, market research at IMV. “This level of patient volume has been relatively stable over the past decade, increasing at an average annual rate of less than 1 percent.”

The research indicates that more than one-third (38 percent) of the radiation therapy sites in the survey are planning to purchase external-beam radiation therapy (EBRT) units as replacement or additional units over the next three years, including linear accelerators, CyberKnife, Gamma Knife, TomoTherapy and proton therapy units.

Nearly half (45 percent) of radiation therapy sites are planning to acquire or upgrade their oncology information systems (OIS) over the next three years, with 80 percent of the planned implementations and upgrades of systems incorporating electronic medical record (EMR) data.