The Future of CT Colonography Screening 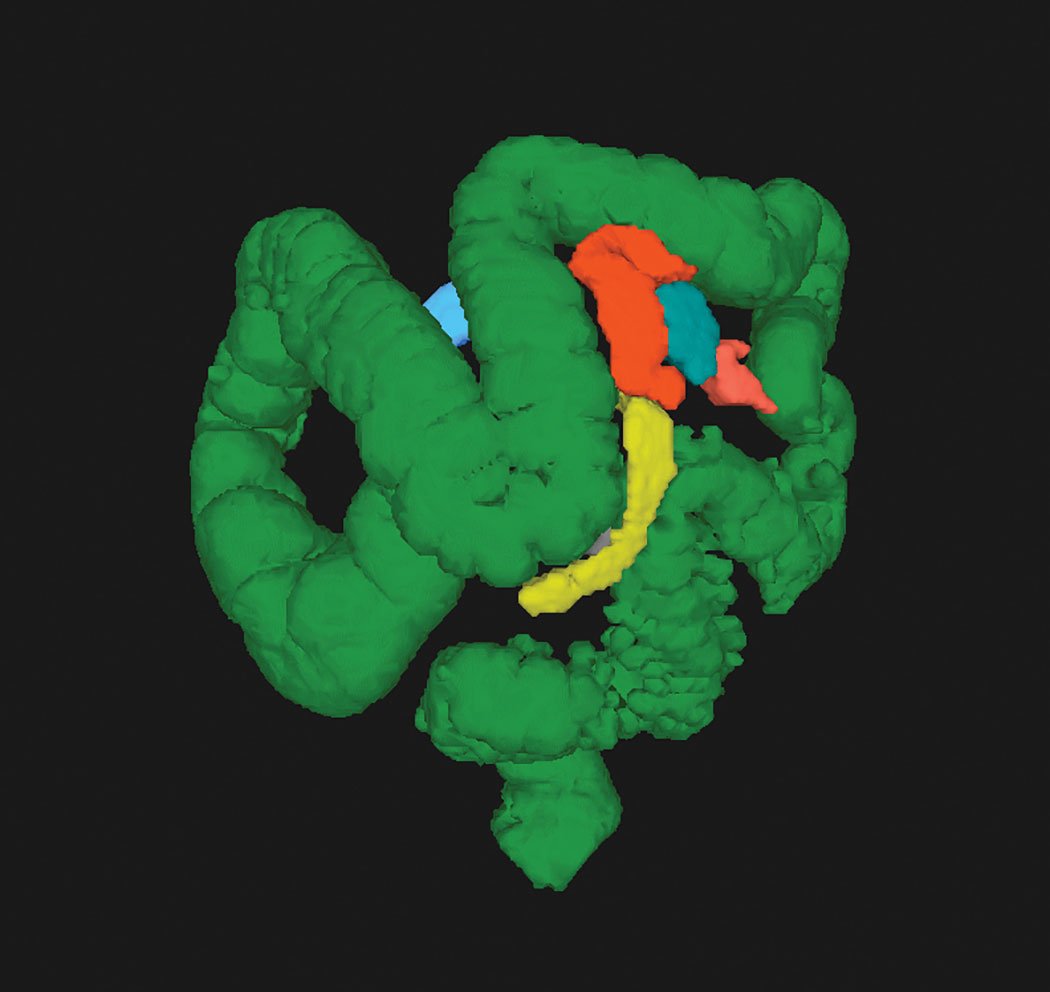 Unlike detection methods for other cancers, colonoscopy (virtual or optical) is designed to catch polyps before they become cancerous — making screening a vital instrument against a disease that is the second-leading cause of death for U.S. men and the third-leading cause for U.S. women, according to the American Cancer Society.1

The greatest drawback of virtual colonoscopy is that if polyps are found, a subsequent optical colonoscopy with bowel preparation is required to remove them. Fecal tagging agents are administered to mask any residual fecal matter in the colon on the CT scan. If the secondary procedure is required, however, it will be greatly simplified as the lesions have already been identified and the radiologists can electronically measure the distance from the bottom of the colon to the lesion. This could also shorten the secondary OC procedure.

While CTC can lead to secondary optical colonoscopies for many patients, many others will be precluded from the more invasive manual procedure. As an added benefit, CTC does not require anesthesia, so patients can drive themselves to the exam and immediately return to their daily tasks.

Before CT colonography can be employed as a universally accepted screening tool, however, it must achieve universal coverage — a condition it does not currently have — and the test can cost patients up to $1,000 out-of-pocket.

At present, 33 states (plus the District of Columbia) mandate colorectal cancer screening. The U.S. Preventive Services Task Force (USPSTF) updated its recommendations for colorectal cancer screening last June to an “A” for patients 50-75 years of age based on a literature review conducted and published by the Journal of the American Medical Association (JAMA). Under the Affordable Care Act (ACA), an “A” grade compels private insurers to fully cover screening with no co-pay. The USPSTF included virtual colonoscopy on its list of approved screening exams, giving the procedure some additional credibility.

Supporters of Medicare coverage did receive some encouraging news in March with the introduction of H.R. 1298 (a.k.a. The CT Colonography Screening for Colorectal Cancer Act of 2017) in the U.S. House of Representatives. If passed, the legislation would amend Title XVIII of the Social Security Act to cover virtual colonoscopy as a colorectal cancer screening test under the Medicare program. Coverage would not be permitted for patients:

H.R. 1298 would also require the Secretary of Health and Human Services to submit a report to Congress annually for five years, beginning with fiscal year 2019, on the impact of screening CTC and utilization rates for each available colorectal cancer screening option before and after availability of CTC Medicare coverage. These reports would also require information on access to screening CTC for Medicare beneficiaries.3

A 2012 study published in the American Journal of Roentgenology surveyed 1,417 patients undergoing CTC screenings to measure pre-test choice, experience and satisfaction. Of all patients, 92.9 percent labeled overall CTC experience as excellent or good, and 93 percent indicated they would choose CTC for their next screening. Out of 441 patients who had experienced both CTC and optical colonoscopy, 77.1 percent preferred CTC (compared to 13.8 percent who preferred optical colonoscopy).4

It appears that radiologists themselves have mixed feelings about CTC. A February 2016 AJR study surveyed 42 radiologists about their preferences for CTC versus OC via a willingness-to-pay survey. Researchers presented a vignette in which the insurer covered OC at no charge, but required out-of-pocket payment for CTC. The strengths and weaknesses of OC and CTC were listed. The respondents were asked how much they would be willing to pay for CTC; for CTC with perfect sensitivity, specificity and accuracy; and for CTC that required no bowel preparation:

“I think a lot of patients are not informed about this option,” Judy Yee, M.D., professor and vice chair of radiology and biomedical imaging, University of California San Francisco and chief of radiology, San Francisco VA Health Care System, told ITN, as well as their front-line physicians (primary and family care) who are encouraging screening. She said that more education is needed for all parties about what the procedure consists of (i.e., the need for bowel cleansing) while also highlighting the convenience of CTC compared to optical colonoscopy.

Advocates for the procedure believe this lack of education combined with coverage challenges are the main reasons that colorectal cancer screening rates are relatively low (58.2 percent in 2013, according to a 2015 report from the National Cancer Institute).5 The National Colorectal Cancer Roundtable, a national coalition whose members include the American Cancer Society and the Centers for Disease Control and Prevention (CDC), currently has a campaign underway to achieve 80 percent screening rates by 2018.

One of the most prominent entities working toward universal coverage is the Colon Cancer Committee of the American College of Radiology (ACR), chaired by Yee. Yee told ITN the committee had a call with CMS in January about the decision. The agency wanted more information about the procedure related to:

In addition to ongoing discussions with Medicare, Yee said the ACR Colon Cancer Committee is working on an update to the CT Colonography Reporting and Data System (C-RADS) first published in 2005. “I think we could provide more uniform reporting of findings, and not recommend too many additional tests,” she said.

The first edition of C-RADS classified CTC findings into five categories from C0 (incomplete study) to C4 (suspected malignant colonic mass), with a recommended management approach for each category. In the new edition, Yee would like to develop subclassifications for each category like those found in other RADS, and look at the clinical management associated with each of the categories.

Yee said the committee hopes to have the revised C-RADS approved through the ACR by the end of 2017.