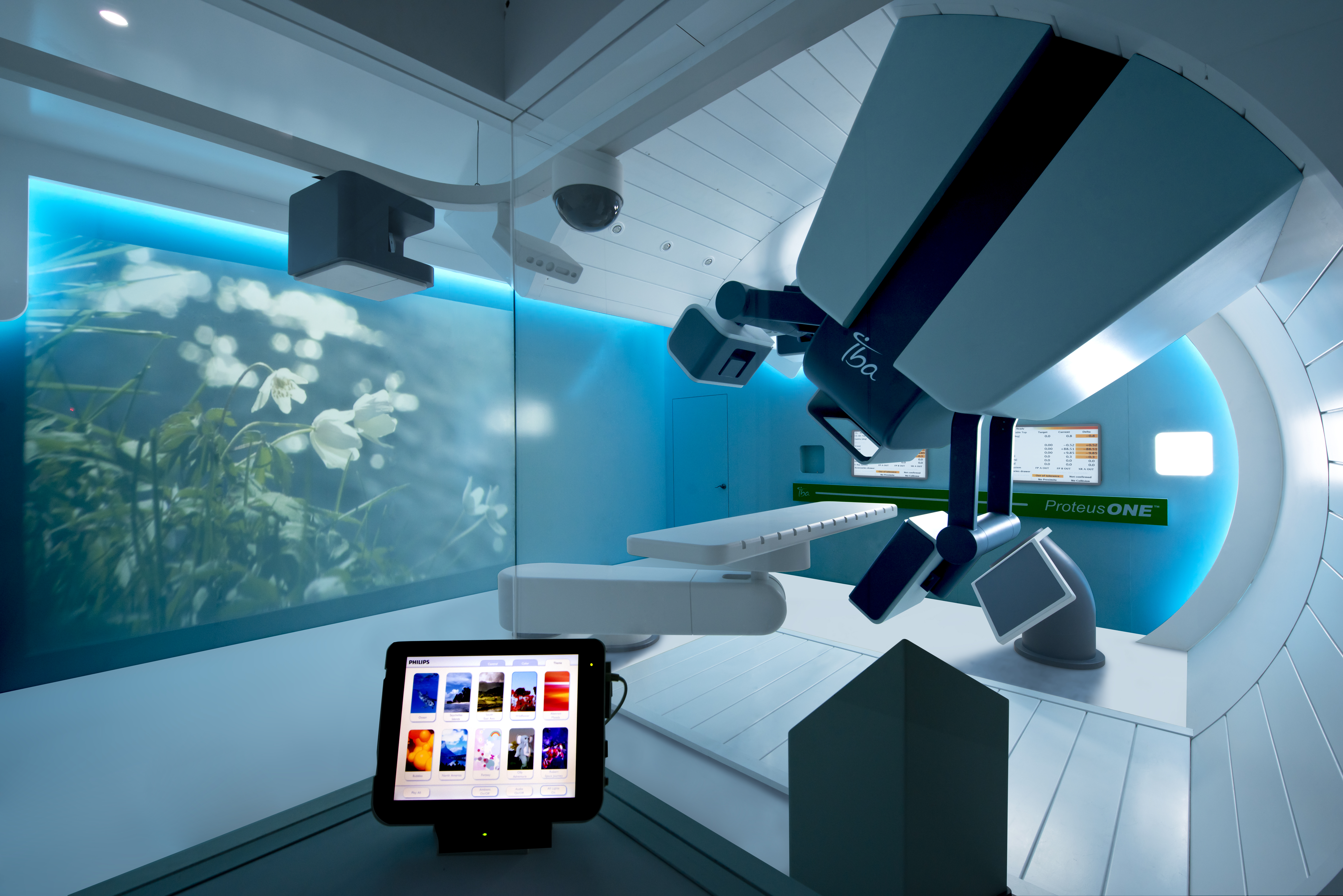 MEDraysintell released a report in January revising its projection for the number of proton therapy centers worldwide by 2030 down from 1,200 to 900. The company said that more than 50 proton therapy treatment rooms would need to be opened every year from 2018 to 2030 to hit the original projection of 1,200.

Proton therapy has experienced major growth in the last decade, but that growth seems to have slowed slightly in recent months. Market research firm MEDraysintell released a new report in January revising its projection for the number of proton therapy centers worldwide by 2030 down from 1,200 to 900. The company said that more than 50 proton therapy treatment rooms would need to be opened every year from 2018 to 2030 to hit the original projection of 1,200.

MEDraysintell originally expected 2015 to be the start of a dynamic increase in the proton therapy market following a large number of new orders worldwide that year. Instead, sales began to slow down in mid-2016 and into 2017, with the company saying new orders for last year remained below the average number of orders recorded annually between 2006 and 2017.

The MEDraysintell report cites financial difficulties as one of the main hindrances on proton therapy growth, which is enhanced by the difficulty in recruiting a sufficient number of patients to offset treatment and facility costs. Insurers, both government and commercial, have also been slow to offer reimbursement for proton therapy treatments while the body of clinical evidence continues to grow.

But those advocating for the expansion of proton therapy see that growing body of evidence as proof of the technology’s value and believe it will play an important role in the future of radiation therapy.

While evidence continues to accumulate on the clinical benefits of proton therapy, it continues to be an expensive form of radiation therapy, which has likely impacted worldwide adoption. The 2018 MEDraysintell report acknowledged that financial difficulties seen at proton therapy centers have affected the climate of the industry “and have probably pushed some potential investors to reconsider their priorities.”

These cost considerations were front-of-mind in the construction of many of the first proton centers, which led to large facilities with multiple treatment rooms, sometimes as many as three or four, according to Mark Pankuch, Ph.D., director of medical physics, Northwestern Medicine Chicago Proton Center, that carried building costs of up to $250 million. This in turn, however, meant that proton centers needed to recruit a sufficient number of patients to keep the rooms occupied — a challenge that still exists today, according to MEDraysintell.

A 2014 study in the Journal of the American College of Radiology assessed the financial impact to a proton therapy center for treating a large number of pediatric patients — a group that made up 32 percent of the center’s total patients treated. Using data related to patients ≤21 years of age over a two-year period, the research team assessed direct cost to treat by compiling:

“The good thing is because it’s starting to get more popular, vendors are building the systems less expensively and with more capabilities. Now you’re seeing a lot more one-room centers opening up and smaller centers. So the cost is going down, which is great, and makes it more affordable for the general public,” said Pankuch.

The one-room facilities are made possible by vendors who are reducing the size of the proton therapy systems to make them more compact. Mevion was the first to market with a compact system in 2012 when it debuted the S250. At the center of the S250 is a superconducting synchrocyclotron, which is significantly smaller than the traditional linear accelerator. The modular system is designed as a single-room solution, but can be adapted into a multi-room configuration. In the past five years, Varian and IBA have also introduced single-room systems.

While upfront costs can be an issue, evidence suggests proton therapy is associated with reduced downstream costs. An abstract presented at the Particle Therapy Cooperative Group–North America (PTCOG-NA) meeting last October demonstrated post-treatment costs for esophageal cancer patients treated with proton therapy was lower than for patients who received intensity modulated radiation therapy (IMRT). The study results reflected that the higher post-treatment costs for IMRT were due to additional procedures, treatments, and/or hospitalization due to complications from their treatment.2

“This study continues to confirm what we have known all along — treatment with proton therapy reduces patient complications, resulting in reduced post-treatment costs when compared to other radiation therapy modalities,” said Scott Warwick, executive director of the National Association for Proton Therapy in a statement.

A second abstract presented at the PTCOG-NA meeting assessed insurance coverage for proton therapy by payers for pediatric patients at Massachusetts General Hospital and other U.S. proton centers. Data was drawn from the Pediatric Proton Consortium Registry, which collects information for children with cancer who are treated with proton therapy. The research team found that while the majority of pediatric patients’ proton therapy treatments were covered by their payer,
6 percent of children experienced a delay in treatment while awaiting approval from the payer. Delays were more common for children on Medicaid (12 percent) than children covered by a commercial insurer (5 percent).3

PTCOG-NA President Eugen Hug, M.D., commented, “Several original scientific studies reported first in the conference confirm the increasing role of proton therapy in frequent cancers like breast cancer, prostate and esophageal cancer and its ability to increase cure rates and reduced side effects. Reduced costs from reduced side effects will offset some if not all of the higher initial costs of proton therapy. Unfortunately, even for the most vulnerable patients — children — access to proton therapy in timely fashion remains a challenge.”

While operating costs and insurance coverage remain challenging for proton therapy’s adoption, the growing body of clinical evidence supporting its efficacy offers the greatest potential for growth, according to MEDraysintell.

Pankuch told ITN that pediatric patients make up a large number of cases treated at the Northwestern Medicine Chicago Proton Center. “Protons give less dose to the healthy tissue, and for people who are being cured and are going to live longer, like pediatric patients, we can reduce toxicities and side effects, and also reduce secondary cancers that could be induced later on in life,” he said.

Recent research has demonstrated the benefits of proton therapy for pediatric cases. A 2017 study from the Perelman School of Medicine at the University of Pennsylvania and Children’s Hospital of Philadelphia found lower toxicity rates with similar outcomes in pediatric head and neck cancer compared to what is historically expected from photon radiation. Out of 69 head and neck cancer patients treated between 2010 and 2016, 93 percent were still alive one year after treatment, and no patients experienced toxicity above grade 3 (on a 1-5 scale).4

Recent efforts have also explored using proton therapy to treat breast cancer. Initial findings from a multi-institutional study presented at the 2017 PTCOG-NA meeting demonstrated that short-course proton therapy to the partial breast is a safe and effective treatment for select patients with early-stage breast cancer. Treatment side effects were minimal with no serious treatment-related adverse events reported, and cosmesis was good or excellent for all patients.5

One of the more recent advances that is increasing interest in proton therapy is pencil beam scanning (PBS), which further improves on proton therapy’s precision in delivering radiation dose to the target while minimizing damage to surrounding healthy tissue. The technique involves “painting” the radiation dose onto the tumor spot-by-spot and layer-by-layer for greater precision.

Mevion Medical Systems was the most recent proton therapy vendor to add pencil beam scanning capabilities when it received U.S. Food and Drug Administration (FDA) clearance in January for HyperScan PBS technology on its S250i system. According to Mevion, HyperScan PBS uses a compact beam delivery path to reduce delivery times to less than 5 seconds for some fields. The company said that the longer delivery times of older systems can undermine the precision of the treatment due to the target tumor shifting under normal organ motion such as breathing. The HyperScan PBS dose is further shaped by the Adaptive Aperture proton multi-leaf collimator (pMLC) that trims the edges of the beam at every layer of delivery. Mevion said the Adaptive Aperture pMLC delivers up to a three times sharper radiation drop-off at the delivery field edge.

“Pencil beam scanning is a newer method that’s been around for the last five or six years. It’s a different way of delivering the proton beams where we can actually shape the dose with more conformality and do some really neat dose tricks that we weren’t able to before,” said Pankuch.