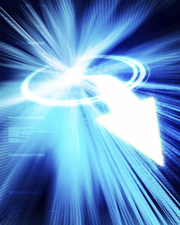 May 14, 2012 — Respiratory movement during radiotherapy makes it difficult to hit the right treatment target and this, in turn, can lead to an under-dose of radiation to the tumor or a potentially toxic overdose to the surrounding healthy tissue. Getting this right is a real challenge for the radiotherapist, but new techniques are helping to deliver the correct dose to the right place.

At the 31st conference of the European Society for Radiotherapy and Oncology (ESTRO 31), recently held in Barcelona, Spain, Amira Ziouèche, M.D., a radiotherapy specialist from the Centre Léon Bérard, Lyon, France, described how the technique of deep inspiration breath hold (DIBH) can spare the heart when irradiating left-side breast cancer tumors. In a prospective study, undertaken while she was working with Alice Mege, M.D., at the Institut Sainte Catherine, Avignon, France, she showed that treating patients during DIBH, while they were holding their breath at between 60 to 80 percent of their maximum inspiratory (breathing-in) capacity, could spare their hearts and lungs from radiation without compromising the quality of their treatment.

“Unlike treatment under free breathing (FB), where the patient breathes normally, DIBH spares the heart by reducing its volume and movement in the field to be irradiated, and the lung expansion involved in holding breath leads to a decrease of relative lung volume which is irradiated,” Ziouèche explained. “In effect, we can largely eliminate the problem of respiratory movement by using this technique, which allows us to reduce the volume of the healthy organ irradiated around the target volume while improving treatment precision. This is particularly important in breast cancer cases, where the life expectancy of most patients is long.”

Ziouèche and colleagues collected data on 31 patients treated with DIBH between October 2007 and June 2010 at the Institut Sainte Catherine. Each patient was her own case-control and underwent two computed tomography (CT) scans, one in FB and the other in DIBH. The dose to healthy organs and targets was calculated based on these scans.

Analysis showed that the heart mean dose decreased from 9 Gy in FB to 3.7 Gy in DIBH, and the maximum heart dose from 44.9 Gy to 24.7 Gy. The amount of radiation to the lung was also decreased with DIBH.

“This is the largest study to date of the use of DIBH in patients undergoing radiotherapy for breast cancer,” Ziouèche said. “It is an important result for breast cancer patients, where it can spare the volume of heart and lungs that are irradiated. Commonly, the margins around the tumor to be treated are increased in order to take movement into account. But this involves treating a larger area, some of it unnecessarily. The use of DIBH avoids this problem.

“Although the DIBH procedure initially involves additional time and, therefore, cost, if this technique results as we believe it will, in a clinical benefit in terms of reducing cardiac and pulmonary sequelae in specific cases it could result in lower healthcare costs in the longer term,” said Ziouèche. “Currently, the DIBH technique is little used in breast cancer, and we need further studies of its clinical and economic benefits to demonstrate its value in breast radiation treatment. Once these studies are completed, we would hope to see it in widespread use in the future, to the benefit of patients and healthcare systems alike.”

In an earlier presentation at ESTRO, Fanneke van den Boomen from the Catharina Hospital, Eindhoven, The Netherlands, described how she and her colleagues had compared results from two different kinds of CT scan to see which could more accurately estimate safety margins for radiotherapy treatment where breathing motion was involved. They compared the results from 3-D and 4-D treatment-planning CT scans of 50 patients with lung tumors and found that the more recent 4-D scans provided better results in cases where large tumour motion was involved.

“In a conventional 3-D scan,” van den Boomen explained, “the scan is taken with the patient in the treatment position, but not taking breathing motion into account. Due to the fact that it takes around two minutes to perform the scan, the result is blurred due to the motion of the tumor. With 4-D scanning, you can account for breathing because the software creates a number of datasets at different phases of the breathing cycle, thus freezing the tumor in a certain position.”

4-D scanning equipment has only become available recently, and therefore the number of institutes using it is still limited. However, the researchers say, the results are so impressive that their hospital is now performing it routinely in cases where there is large tumor movement.

“The results from this study have shown that we can safely apply the 'mid-ventilation' concept, where we only irradiate part of the tumor trajectory instead of the entire volume in which the tumor resides during a breathing cycle. Thus, we can reduce treatment volumes, with the result that patients have fewer complications,” said van den Boomen.

In another study presented at the conference, Gauthier Bouilhol, M.Sc, from the Centre Léon Bérard, Lyon, described how he and colleagues from CREATIS (CNRS UMR5220, Inserm U1044) have developed a model to adjust the method currently used for the calculation of safety margins to account for respiratory motion asymmetry during radiotherapy. (Bouilhol’s research is supported by ETOILE's research program.)

“When a patient breathes during radiotherapy treatment,” Bouilhol explained, “the tumor may also move. The normal way of calculating the treatment margins to compensate for potential errors is based on a symmetrical model. But if tumor motion is asymmetric, the model is wrong.”

The researchers suggest a new model that takes into account the differences between the two margins involved in inhale and exhale motion.

“We believe that our model, once clinically validated, will provide a more accurate assessment of the area which is required to be treated with radiation, and this will improve both safety and efficacy for patients,” Bouilhol said.

Núria Jornet, M.D., medical physicist from the Hospital de la Santa Creu i Sant Pau, Barcelona, and chair of the ESTRO-31 scientific programme committee said, “Organ motion due to physiological processes such as breathing poses a challenge in highly accurate radiation therapy. With the advent of technological advances such as 4-D imagers, which allow making 'cine' images of internal organ motion, and treatment units that can synchronise radiation with the organ movement, this motion can be monitored and accounted for. Nowadays, we are not only able to know where the tumor is in each moment, but also have methods to hit it with a millimetric accuracy.

“These three abstracts are a good example of how breathing motion is managed using different approaches, either by reducing motion by irradiating in deep inspiration breath hold, which also exploits lung inflation to spare normal tissues, or by personalising safety margins around the tumor so that we are sure that the tumor will be correctly irradiated in all breathing phases. Regardless of the method used to manage motion, image guidance during treatment is needed, as is shown in the study by van den Boomen," he added.