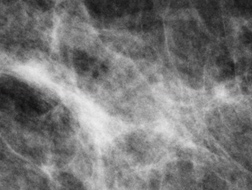 • They have dense breast tissue;

• that dense breast tissue can make it harder to evaluate the results of a mammogram;

• that it is associated with an increased risk of breast cancer;

• that information about breast density is given to discuss with their doctor; and

• that a range of screening options are available.

“This is a life saver,” Simitian said. “I’m tremendously thankful for the Governor’s support of this measure and for his willingness to listen to and work with us on this issue over the past year.” Despite broad bipartisan support last year, a similar Simitian bill was vetoed by Governor Brown in 2011.

Since Brown’s veto last year, however, New York and Virginia have joined the roster of states with breast density notification laws, and two separate studies from the first year of a similar law’s implementation in Connecticut have shown a 100 percent increase in breast cancer detection rates in women with dense breast tissue who had supplementary screenings.

This year, SB 1538 was amended to include notice language negotiated with the Governor’s office and a range of healthcare interests.

“I’m pleased that all our work and efforts this year got us to ‘yes,’’ Simitian said. “This is about a patient’s right to know. Patients with dense breast tissue need to know that it can hide a cancer and that additional screening options are available. Early detection is the key.”

Amy Colton, a Santa Cruz resident, registered nurse and cancer survivor, suggested the idea for the bill in 2011 in Simitian’s annual “There Oughta Be A Law” contest. Colton was never informed of her breast density during years of routine mammograms and only discovered that she had dense breasts after completing her treatment for breast cancer.

Over the past two years, Colton made numerous trips to the State Capitol to testify in support of the bill. Simitian said Colton’s efforts were “nothing short of heroic. Amy Colton could have walked away from her experience in anger or frustration, but she didn’t. She was determined that other patients would have access to the information she never got. Month after month she came to the Capitol to tell her story – taking time away from her work and her life to make this happen.”

“I’m thrilled that the Legislature and the Governor have recognized the importance of SB 1538 to the women of California,” said Colton. “This new law will provide women with important information about their physiology; and with that information they can be better advocates for their own health.”

Brown’s signature makes California just the fifth state with a breast density notification law (following Connecticut, Texas, Virginia and New York). Legislation is also under consideration in a dozen other states and in Congress.

The law will take effect April 1, 2013. A copy of Simitian’s letter to the Governor urging his signature can be found online. 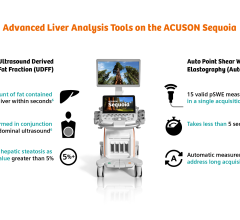