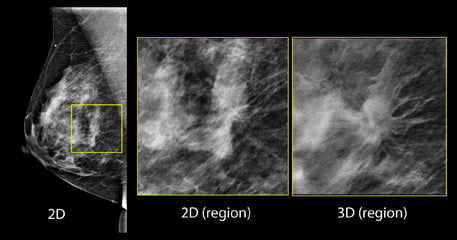 Figure 1: in the screening 2-D mammogram (left image), there is a possible lesion in the central breast, but its margins are difficult to assess. Using tomosynthesis, this can be clearly seen to be a spiculated mass, and almost certainly a malignancy. Image courtesy of Hologic

Breast density may be one of the strongest predictors of the failure of mammography to detect cancer, according to an educational session presented at the 2014 Radiological Society of North America (RSNA) conference in December. The topic of breast density was a prominent one at the meeting, and many healthcare providers are beginning to look beyond just using traditional mammography to assess whether or not a woman has breast cancer. The push for additional screening is becoming prevalent, and many states are enacting laws that require women to be notified if they have dense breast tissue and what that means in terms of the ability to accurately find cancer.

Currently, 21 states have enacted the Breast density inform law, the most recent state being Michigan.1 The law requires healthcare providers to inform women if they have dense breast tissue, which may negatively impact the ability to clearly diagnose breast cancer.2  See Figure 2 for a current list of states that have enacted, or are in the process of enacting, this legislation.

Michigan’s legislation states that if a patient’s mammogram demonstrates dense breast tissue, a person who provides mammography services in this state shall provide notification to the patient that includes, but is not limited to, the following information, in the summary of the written report of the results of a mammography examination that is sent directly to a patient pursuant to 42 USC 263b: “Your mammogram shows that your breast tissue is dense. Dense breast tissue is very common and is not abnormal. However, dense breast tissue can make it harder to find cancer through a mammogram. Also, dense breast tissue may increase your risk for breast cancer. This information about the result of your mammogram is given to you to raise your awareness. Use this information to discuss with your healthcare provider whether other supplemental tests in addition to your mammogram may be appropriate for you, based on your individual risk. A report of your results was sent to your ordering physician. If you are self-referred, a report of your results was sent to you in addition to this summary.”3 The act will take effect June 1, 2015.

The breast density inform bill sets minimum federal standards for notification, explains whether dense tissue is present, the effect of dense tissue in masking cancer, and recommends that women discuss with their doctors whether additional screening is necessary. To determine if follow-up tests are needed, doctors and their patients should discuss a woman’s total risk of cancer, which takes into account family history and other risk factors such as genetics, physical activity and weight. The bill will also help direct the federal government to research additional screening options for dense tissue.

For most radiologists, personalized screenings mean annual mammography starting at age 40, plus supplementary magnetic resonance imaging (MRI) for high-risk patients and possibly ultrasound for women with dense breasts. But, for some healthcare providers, personalized screening means some women get screened less often — only once every one, two, three or four years. These women are presumed to be at lower risk because of age, lower breast density and absence of family history, among other factors.

In the absence of family history or previous biopsy, some healthcare providers advocate not screening women who are 40-49 regardless of breast density or screening frequency, and those who are 50-79 more than every three to four years except for density categories 3 and 4. For the presumably lower risk women, there are some shortcomings for less frequent screening. More than 80 percent of breast cancers occur among women with no known risk factors. Risk for women having heterogeneously dense breasts (BI-RADS 3) is only 1.5 times that for women with scattered densities (BI-RADS 2).

Heather Reimer, Wendy Damonte and Chiqeeta Jameson launched a movement to provide women with necessary information that may save their lives if they have dense breast tissue and are not informed. Both Reimer and Jameson received clear mammograms, only to find out later that they both had breast cancer and it was missed on their exam. Damonte lost her mother to breast cancer because her mother had dense breast tissue and was never informed. The three women travel on The Dangerous Boobs Tour (DBT) and do speaking engagements in hopes that further legislation will be passed in each state and women will know what questions to ask if their mammograms come back reporting that they have dense breast tissue. Their philosophy is Each One, Tell One. “Our message is simple,” said Jameson. “It’s surprising how few women know about dense breast tissue and what it means. We want to educate women and raise awareness so we can help catch cancer before it becomes too late.”

There is little legislative mandate for payment that covers supplemental screening. The American College of Radiology (ACR) released a statement about the use of breast tomosynthesis as a supplement to mammography saying it is, “An advance over digital mammography with higher cancer detection rates with fewer patient recalls. ACR applauds the decision made by CMS (Centers for Medicare and Medicaid Services) to facilitate access by covering beneficiaries for tomosynthesis and urges private payers to do the same.”

The Medicare payment rates went into effect Jan. 1, 2015, and allow providers in the United States to file reimbursement claims specific to screening and diagnostic 3-D mammography. The CMS Medicare Physician Fee Schedule Final Rule not only sets reimbursement rates for 3-D mammography, but also creates a pathway for private insurers to explore broader coverage and payment options. The rates are as follows:

• This is an add-on to the existing 2-D mammography unilateral diagnostic code, G0206, with an assigned payment rate of approximately $130.

• This is an add-on to the existing 2-D mammography bilateral diagnostic code, G0204, with an assigned payment rate of approximately $165.

However, insurance may not cover additional screening, a concern for most patients who have dense breasts. The law enacted in New York does not require that insurance cover screening breast ultrasound examinations.4 The California legislature did not mandate insurance coverage for any supplemental breast cancer screening tests. Currently, there are no insurance billing codes for screening breast ultrasound or tomosynthesis.5 In New England, the annual cost of digital mammography screening, which includes diagnostic workup and biopsy, is estimated at approximately $576 million. Supplemental screening of all women with an initial negative digital mammogram with hand-held ultrasound would increase annual costs by approximately 30 percent, bringing the total to $750 million.6

The addition of ultrasound to mammography may be useful, but there are some drawbacks to consider: lack of reimbursement, lengthy exam performance time, high false positive biopsy rate and insufficient personnel to perform and interpret studies.

Some other concerns about breast density legislation include the thought that it is micromanagement of professional judgment; no reimbursement for screening ultrasound; not enough radiologists and technologists if all women with dense breasts want ultrasound screening; and primary care physicians (PCP) have insufficient time and knowledge to discuss complex issues with patients.

Arguments to advocate for breast density legislation include that many more cancers are detected earlier with supplementary screening; it may promote future reimbursement for screening ultrasound and advancement of new technology; it will encourage women to personally consider the benefits and risks of supplementary screening; and busy PCPs can now refer women to several dense breast websites for additional information (for example, The University of California Irvine Medical Center adds to its patient letters: “To better answer your questions regarding dense breasts you may access the website www.breastdensity.info”).

The enactment of the Breast Density Inform law has the opportunity to encourage further research. On the agenda? How to reduce false positive biopsies for masses detected by ultrasound alone; comparing screening with automated breast ultrasound (ABUS) versus hand-held transducers for detection rates; cancer size and recall rates; and comparing ABUS with tomosynthesis to tomosynthesis alone to see which breast densities and age groups benefit most from tomosynthesis versus 2-D digital.  itn 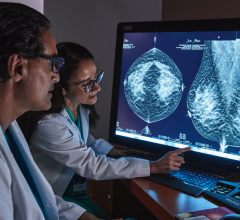 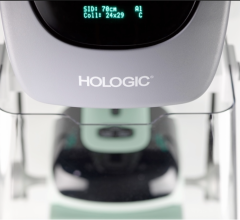 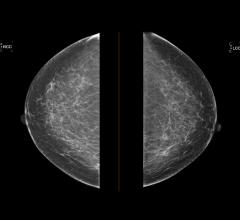